Ninja Pizza Girl does carry a rather odd name yet the game is actually surprisingly solid. The game is presented in the style of a platformer with a mix of comic book style cutscenes to bridge the gap. These develop the story which dives into something interesting themes such as bullying and acceptance. I was actually surprised in the depth the game went into and while it did push certain matters it does so in a fine way. There is also a wide selection of levels split across chapters that feature absolutely massive areas to explore with a variety of ways to go through them. The general goal for each level is to deliver pizza while dealing with the deadly heights and awful other ninjas that swarm the world. It provides a decent challenge while also mixing up the action by offering some special objective or timed levels to change up the formula. The campaign features decent length and there's also a speedrun area to battle for the best times if you'd like. Aside from just playing the game there's also a well pushed story where you can buy TLC for the character or even unlock a number of special items to build the experience.

The game looks quite good with a variety of customization options for the main character that should carry some recognizable references. The environments were mostly similar yet kept a good variety by changing what was in them or even the ways of which you moved across the various elevations. I did feel it was getting a bit overwhelming at the end with the vast quantity of ninjas which really wrecked some of the flow. It was odd that they would still hit me despite countering or that their laughs I believe would knock out my character. It's fine that they want to point out bullying and everything though no one has that little self esteem, it was an annoying aspect. 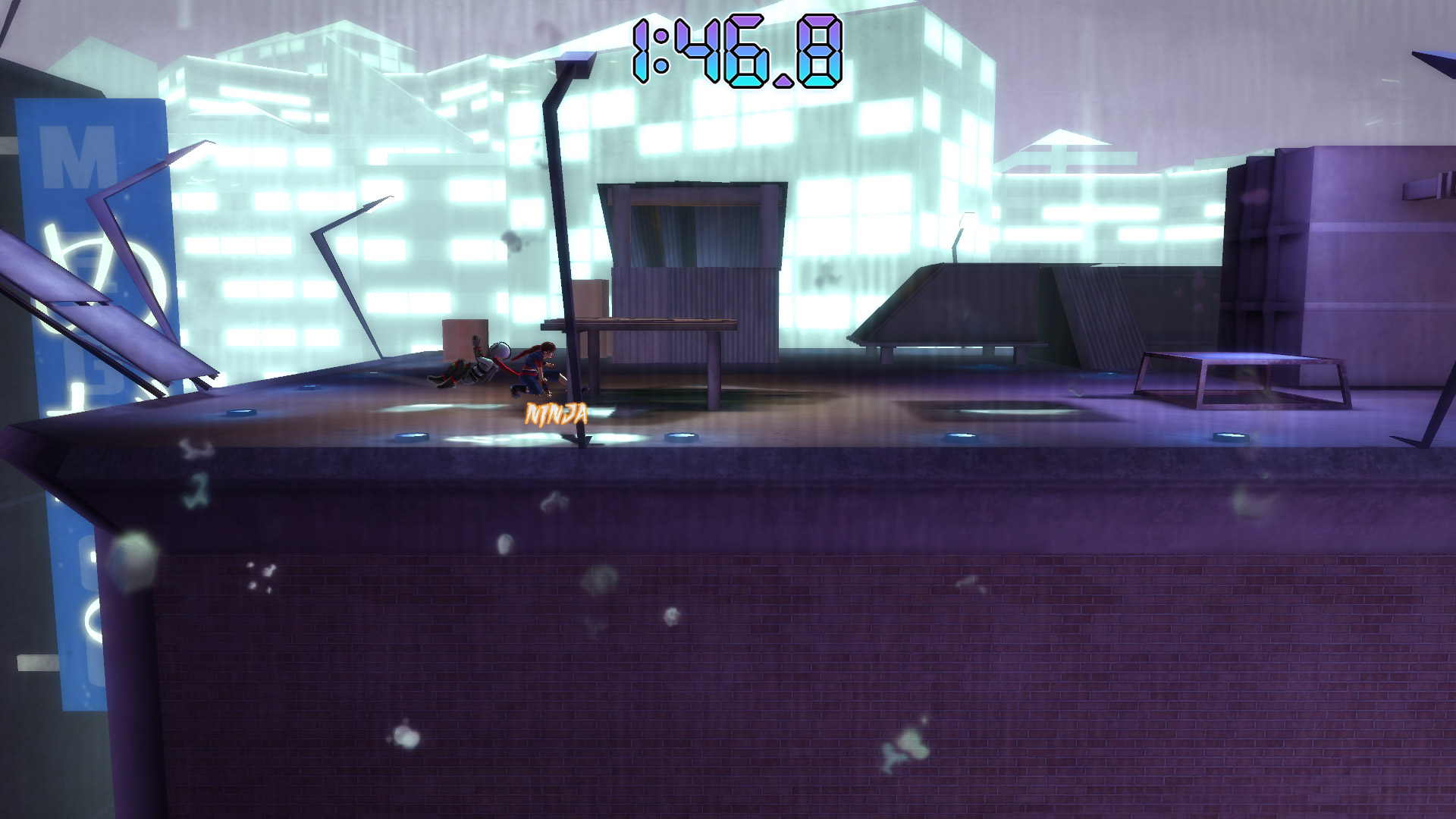 The issues Ninja Pizza Girl tackles are important though I'm not sure everyone will like all the issues it covers. I was personally fine with them and appreciated the title touching on current issues. That aside if you don't like those aspects the game still has some damn fine platforming to it with quick gameplay and mostly well done level flow. The levels are also massive being multiple levels and it presents good challenges by changing up your objectives which was nice. Despite the odd hilarious title it's a great game and definitely worth checking out.