Tumblestone is a puzzle game that aims to do something different with the genre. It does this by creating a system of linking three blocks with each other in order to progress. You hit each of them one at a time and must knock off three of the same kind or else you fail. It's definitely different and works for the most part with only some annoyances as some puzzles require exact inputs. It can also be stressful in some of the multi-puzzle levels where you need to clear multiple slots of tumblestones in a row. The campaign is actually very lengthy so there's lots of gameplay to be had in this one coming in at the 100s of levels which is insane. There's also a good set of variety within them as you move between regions and a bit of a story that gets thrown into the mix occasionally. Aside from the single players there's also a four player competitive mode that can be enjoyed online or locally with a number of options for battle. It also includes bots to fill in the spaces if you don't have enough people to fill the slots.

The design of the game is similar to that of Tetris in that you have a narrow field of play with blocks that move down. It looks decent enough with a cartoon art style and some funny faces for each of the blocks. It's a simple game to play as well just choosing the column you want to select the block and shooting up, you can also use hotkeys to quickly jet across to the other side. You also need to take some strategy into account as well since you're not being time tracked for the most part and you'll need to think some block hits ahead to be successful. This is where I also felt like the game wanted to have more of an in-depth scoring system but decided to keep it more easy going. 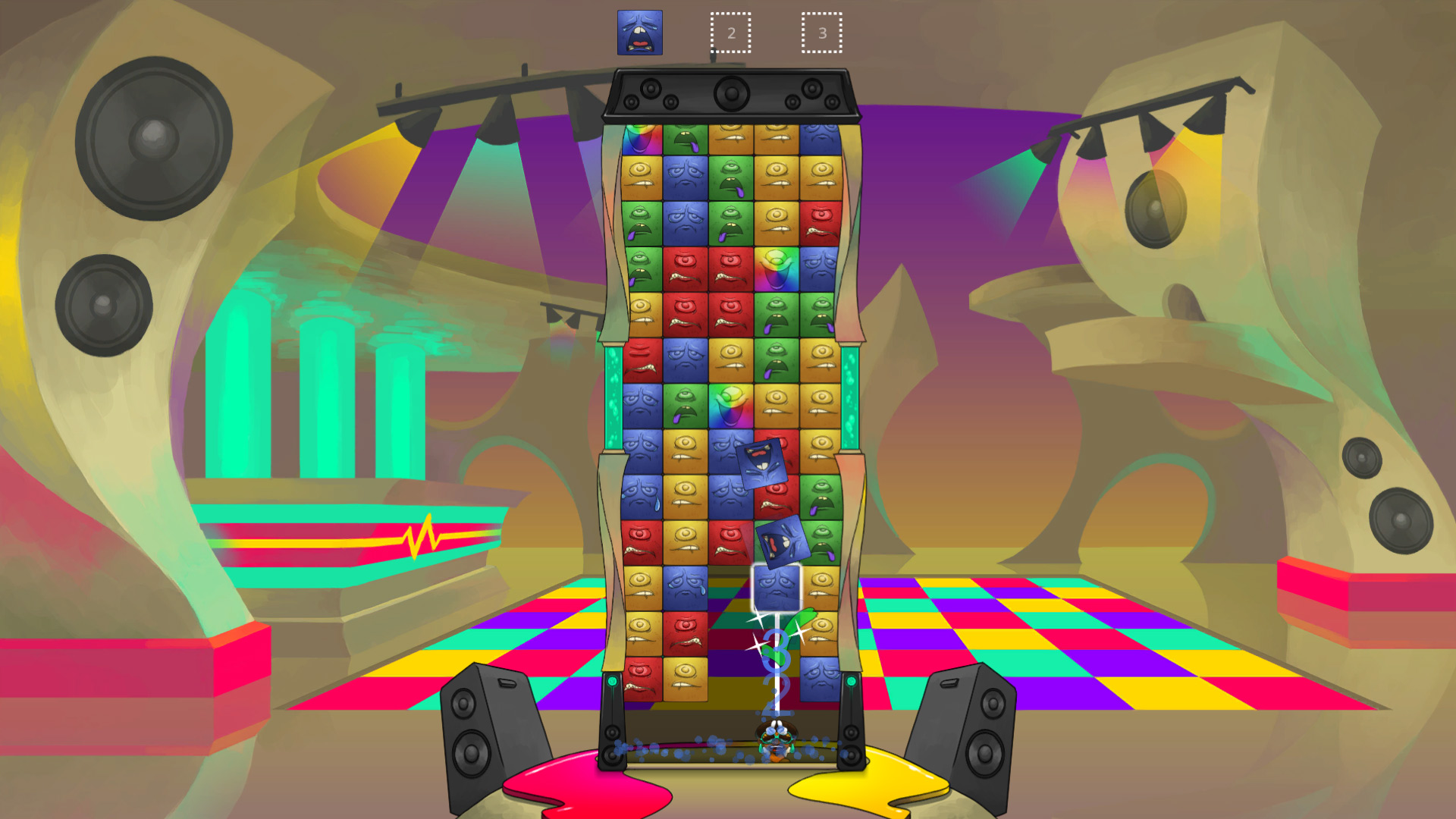 Tumblestone is a decent puzzle game does do something completely different in the genre while still keeping it basic enough for anyone to play. It's packed with gameplay that you could easily spend 10s of hours with if you'd like to move through all the puzzles in campaign. If the campaign isn't enough for you the online or local multiplayer is also ready to provide a challenging and great time as you blast those tumblestones away. A solid puzzle experience that's worth checking out not only for the design, but the fun it provides. There's also the few hundred puzzles present in the campaign that's quite compelling and brings huge value to the game.