The first reboot attempt at Ghostbusters is coming soon or already available depending when you're reading this and while I haven't reviewed that one I look forward to seeing how it is. That aside we have a game tie-in done in the style of dungeon crawler with a group of rookie Ghostbusters. With that there's been little hype or marketing around the game to the point I couldn't find any suitable images for the header so I put the game I wish this could have been. Anyways, the game is pretty much awful as you move through a boring and repetitive campaign. There were actual points where I almost dozed off while playing as you battle the same set of ghosts multiple times across very similar levels.

The game features a handful of level areas that are connected by playing the Ghostbusters theme on repeat which was the best part of the experience for me. These levels each have two levels to them which are slightly different, but basically carry the same long hallways and ghost types. The ghost types also carry over to each world just being retextured so you grind the same enemy a few hundred times over the 20-30 minutes each level takes. It's boring and one of the most repetitively grindy titles I've ever played in that regard. It doesn't even attempt to mix things up as you move room to room detecting ghosts or just fighting them. The characters while unique have the same abilities with improvements that only make them more efficient through skills point acquired by leveling. The campaign does feature a decent amount of length to it in hours with additional remix levels though it's just bland and I'm doubtful many will want to move through it.

The game looks decent enough carrying a decent graphic set to it with detailed environments that can get destroyed. It's just that these areas feel so bland after you run around in what feels like a maze for a half hour as many areas repeat. While sometimes you need to search for ghosts to move forward other areas you didn't need to so eventually I got so tired of grinding I would only use the detector when needed. The introduced characters were neat with some well done banter, but it got repetitive hearing the same lines over and over. It also seems as though there's supposed to be a score meter as the team lines up at the end, but it isn't quite there with just ecto points to go by. The entire experience is also designed for four players yet is local multiplayer only and for such an expensive title that's unacceptable. I also had some glitches appear at times with ghosts stuck in the floor or some ghost not spawning and my AI Ghostbusters shooting randomly at the air saying "get it!" 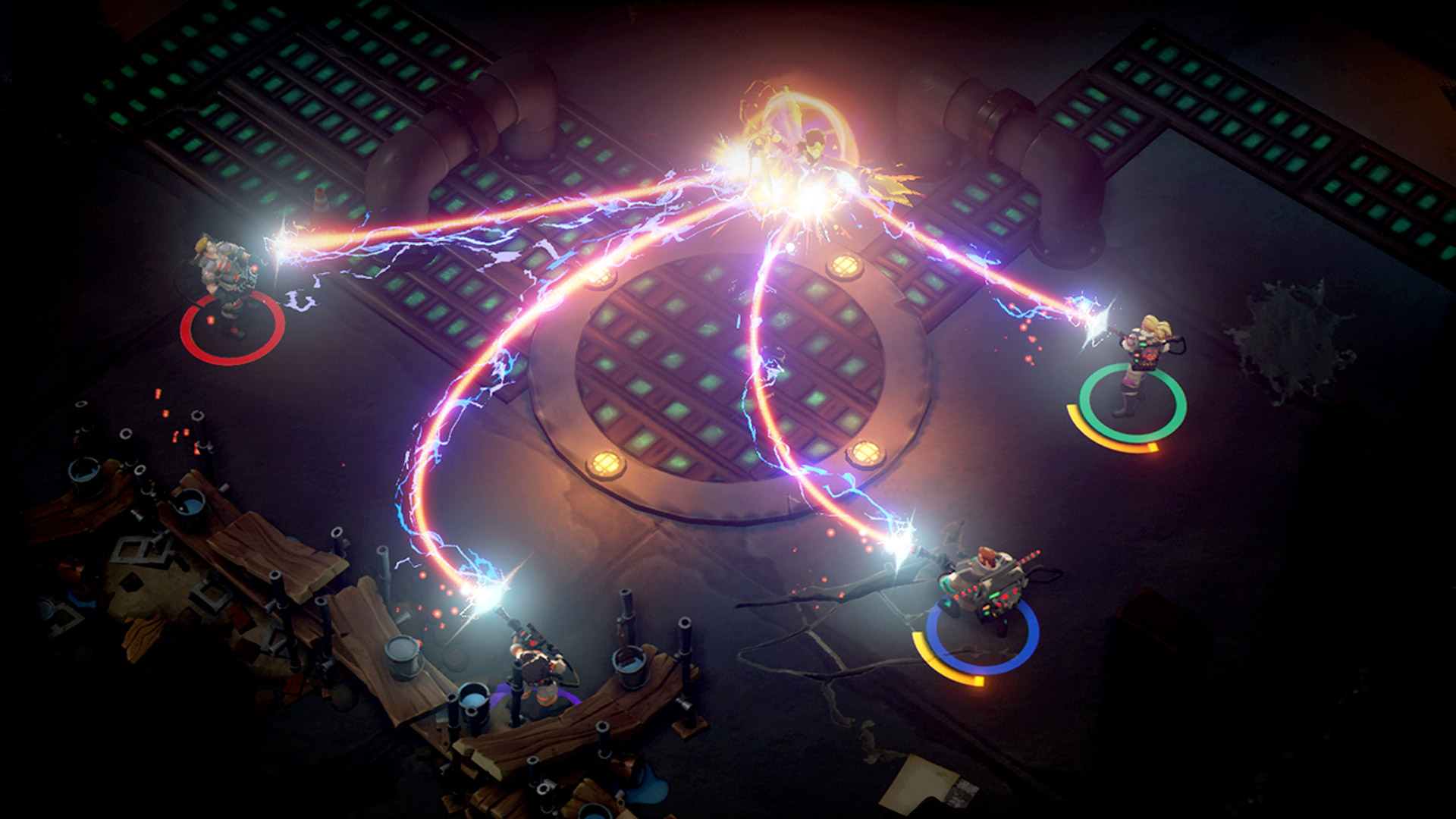 Ghostbusters was incredibly disappointing and this game is a bland experience I'd suggest staying away from until it reaches the price of other regular digital titles. For the lower price it would be worth it though for a full price game there are far better options everywhere. The real problem with this game aside from local only multiplayer is the bland worlds that are maze-like, grindy and filled with the same ghosts that just get different textures. It's also boring to play as it almost put me to sleep which never happens in games and carries far too repetitive tasks. Walk into a room; shoot ghosts, fight better ghost to trap it that's the same in the next three rooms and wander further. If you can handle playing a mundane game and have some local friends then the there's a decent time to be had in terms of campaign length.

Ghostbusters Review on Xbox One
Review Code Provided by Activision