Pharaonic is an interesting Egyptian game that follows this prisoner that escapes and has to deal with the deadly people and creatures chasing after them. You're able to play the game as either a male or female with minor customization options at the start which was nice and then you're shown the ropes. It's actually a fairly straight forward as it has an emphasis on combat of stamina dodging. You'll have to be cautious on both your health and stamina as having either become low will most likely mean quick death. It's also a very unforgiving game in that you die swiftly and while that's fine the checkpoints are abysmal. There were many times where I would restart the same area doing the same boring situations over and over which really killed the experience.

It was also agitating that there are locked areas where you have to kill everyone and doing that a few times in a row just wasn't enjoyable. Moving across Egypt you actually get to see a variety of environmental locations and within each region are multiple ways of going through the level which was neat. It was a sidescroller with choice and that was something you don't often see. I also liked that almost every single non-hostile character had something to say and some even had side quests. Aside from those folk were actually traders as it did carry RPG elements in regards to armor and weapon equipping for style and bonuses.

The game actually looked quite good with some solid gameplay graphics and really well done cinematic sequences. Even the combat was decent enough having a good balance of stamina, I just wish there wasn't so much grueling replays needed to progress. There are also bosses that occasionally come into play and even mythical creatures as well so always be on your toes. The movement and choices was also well done and it's nice to see that these sidescrolling titles are starting to build more depth to them. This system made the levels feel freer in deciding where to go and has them carrying more depth. 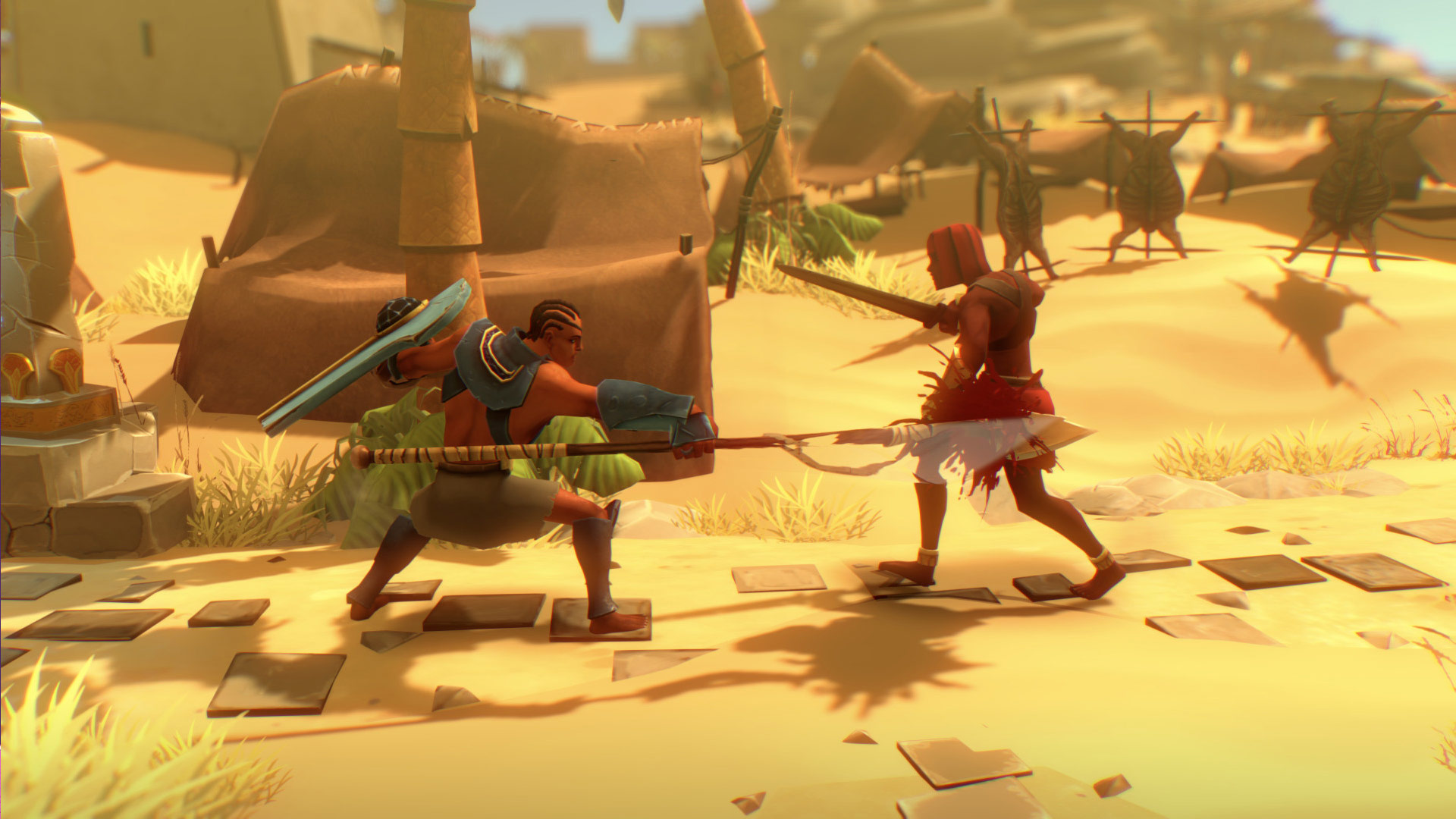 Pharaonic had great potential being a completely unique experience, but it's brought down by a weird desire to make you replay far too much of the same area. While some checkpoints are available these are really sparse and restarting at the beginning of a level despite travelling for a long time was painful. This also made the game feel more repetitive than it actually could have been wrecking most of the potential here. While some players might love this extra challenge I feel the majority will get annoyed by it and that was obviously as mentioned a huge complaint of mine. The game definitely was heading in the right direction picking a rich region, capturing it well with personality and providing some greatly detailed environments.