"War of the Bugs"

The ants had entered a time of great growth and prosperity with many great trading partners building their civilization to new heights. While this was great for the colony other parties of creatures that live in the area were not pleased and an invasion begun. It was a devastating assault headed by the termites against the colony and as a brave soldier ant you need to repel their attacks. This is actually quite epic and the game does a great job of setting up crazy small, yet big time battles. Militant is presented in a platformer style with many 3D elements including shooting off into the distance. This works well in combination of aerial assaults and boss battles as it makes the experience more 3D. Levels are actually quite long as well following a similar formula of moving through combat and eventually battling two bosses within. It actually might have been nice to have a back out point halfway through, but it was epic to battle through each level and I felt accomplished with each continuation of our campaign.

Being a sidescroller you move through the world on a plane and while the dimensions rarely change they do a great job in creating what feels like a vast world. This was most apparent on the second level as you're out on the surface seeing artillery fire and crazy battles going on in the background while it's more intimate on the front. Well, not quite as small as that with piles of enemy termites piling everywhere though it paints a picture of war. The combat was well done as you switch between weapon combinations throughout battle or slice enemies that get in the way. It has multi-dimensional shooting so you need to aim off into the distance and this works for the most part, but was quite awkward during some boss fights just not locking on. I did also enjoy the boss battles in general as they were grueling yet not difficult and really just a battle of attrition. There was also great variety in the bosses you faced and they did a good job on making these creatures menacing. 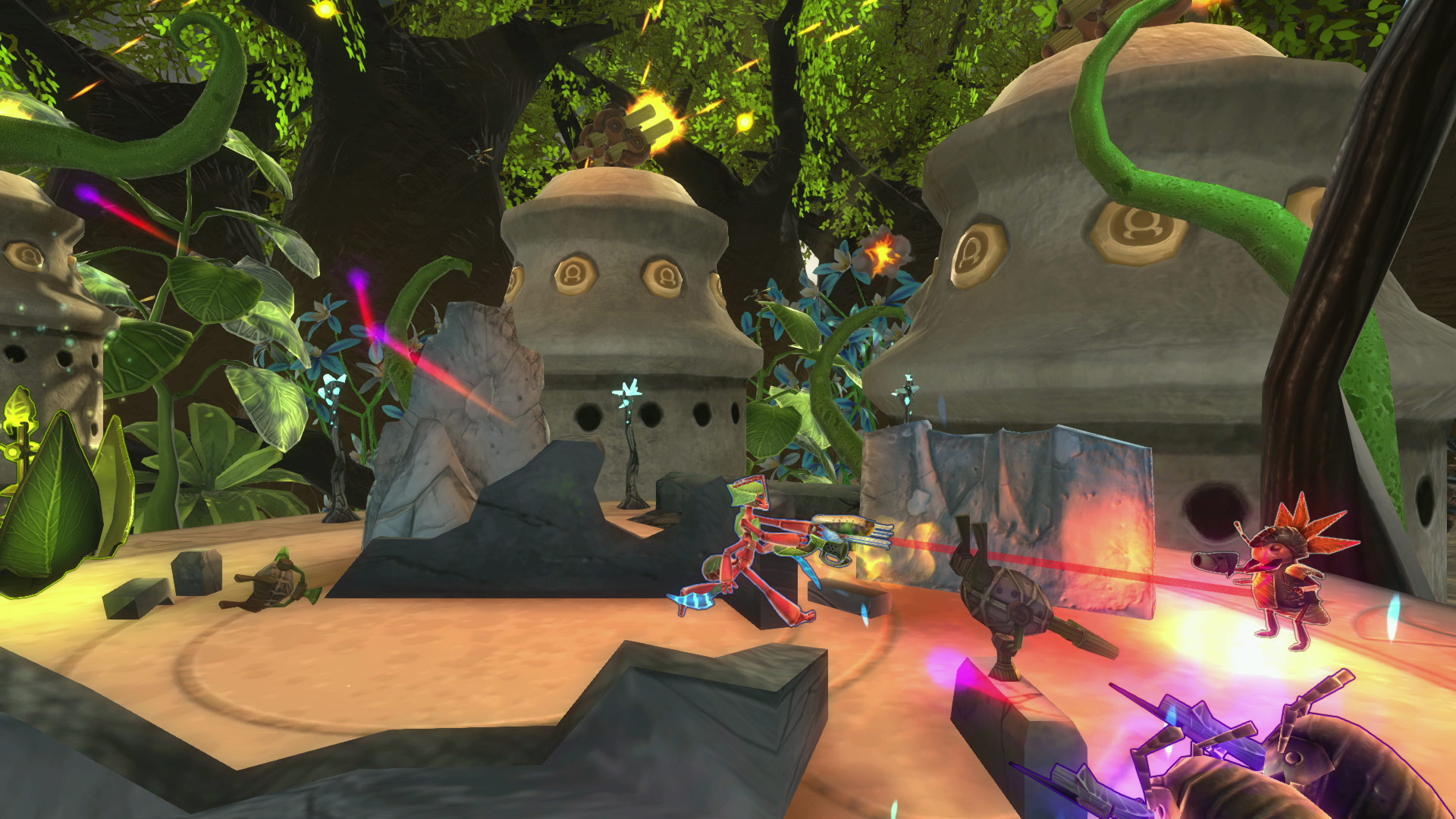 Militant is a well done ant combat game that turns up small time war to the next level with lengthy levels, tense boss fights and warzones that felt like the termites was truly invading. The guns weren't always consistent in battle though it was nice buying more with earned points and decking out my ant's arsenal. The world also looked nice capturing the essence of a colonial invasion and there was good variety in the enemies. Militant definitely provides a solid campaign experience that can be tackled with a ranking or unranked depending on how fierce you want to have your campaign performance tracked. There's a solid amount of time to be had with levels that actually have length to them and well done cinematics which set the pace of Militant nicely.