Carmageddon Max Damage is the return of the pedestrian killer simulator that ties some racing onto the end of its focus. The game takes place in a variety of environments across a lengthy campaign and an odd focus. When playing the goal is less about playing the actual driving portion objective presented to you and more about getting points by smashing cars or killing people that are walking around. It's definitely quite odd and I was baffled that coming in first during every single race halted my progress because I didn't kill enough people. I suppose that's the point of this game is to spark that controversy and that's fine as it's fun to do so though they should have modes where that was just the focus instead of making it seem like this is a racing game.

With that there was checkpoint systems either tied in a circuit or randomly popping up around the map that you needed to get. Eventually I just forgot these entirely and went to go around killing the oddly calm pedestrians while smashing into other cars. The levels also carry a bonus challenge of sorts for players that want to get the most out of levels with a number of extra missions to do while you're racing. There are also power-ups that can be found around each of the maps which can cause intense damage to others and it's basically an open sandbox for the most part. Aside from the campaign there's also a freeplay section and multiplayer. Sadly freeplay is locked behind campaign progression which was annoying as I really just wanted to drive around freely doing whatever. The multiplayer carries the same modes as the campaign and allows you to battle with others online which works well. I also wanted to quickly list the modes as well in multiplayer with it including Death Race, Checkpoint Stampede, Car Crusher and Fox n' Hounds.

The game really doesn't look that great considering what else I've seen this generation, but it does include some great vehicle and environmental destruction. It's also packed with NPCs running around though many were the same model and not particularly bright as they just walk around. The other racers weren't very good at racing and at times I'd have three just running into me for some reason instead of attacking each other. It was quite odd that they had such little focus on the core racing objective and I suppose that ties into just killing people or collecting barrels for bonuses instead of actually racing. The worlds were actually large and presented in a sandbox style so it was strange to see racing being heavily focused on them anyways. They're pack with people, animals and a number of bizarre areas to play around in. Again, they didn't look spectacular having a very aged look yet they were all unique. The damage for vehicles was well done as that was definitely a highlight along with some environmental destruction. Most of all I want to say that the gore effects were particularly well done as people splashed with a satisfying sploosh across the car and pavement. 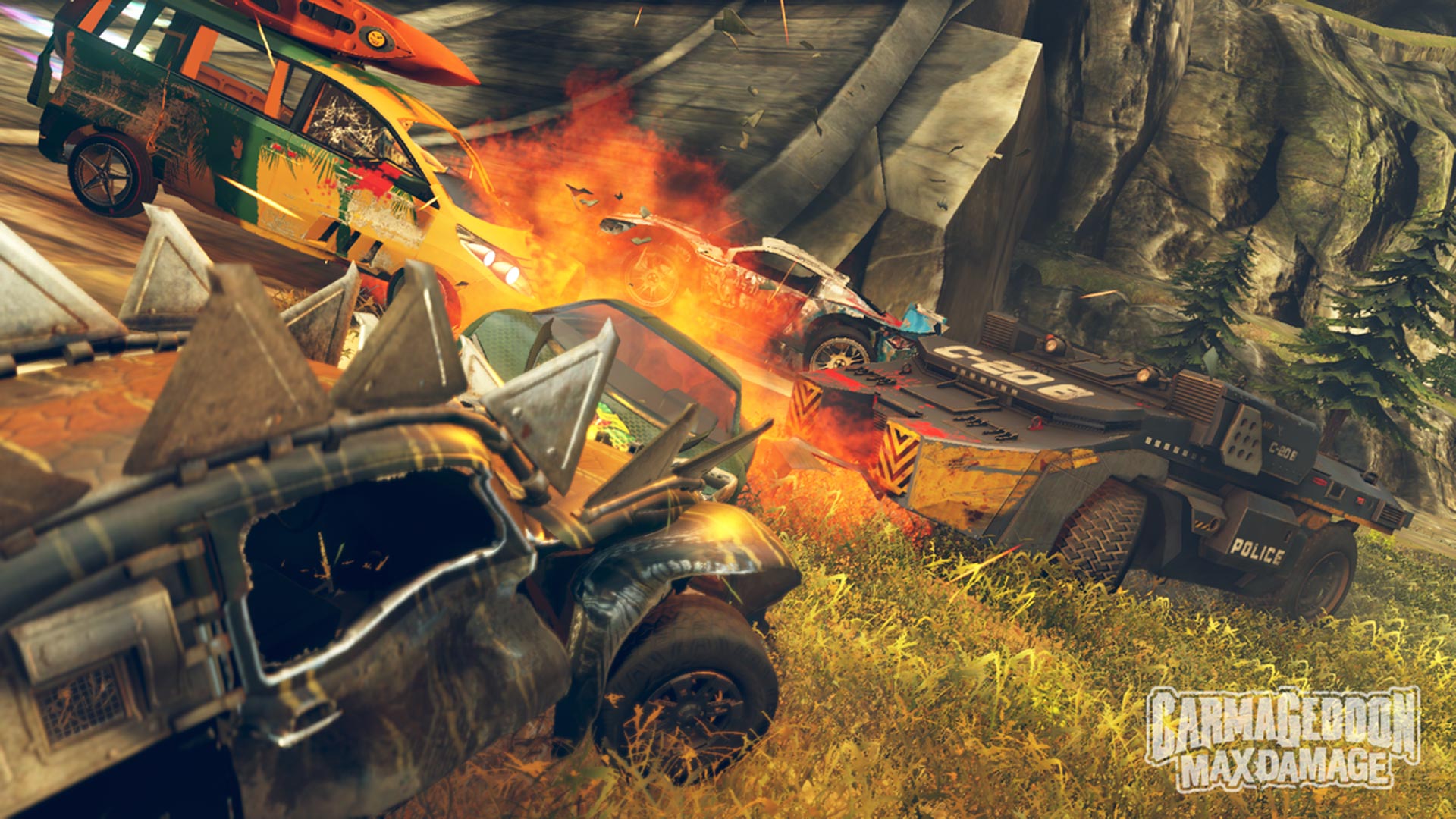 Carmageddon Max Damage isn't anything special and doesn't at all care about racing despite that being placed in the title. It might have done better as just being a sandbox experience or being a racing game with the side abilities to destroy cars or pedestrians. This really just lacked focus and I wasn't a fan of freeplay content being locked behind campaign progression. Players will enjoy the multiplayer as I imagine more will be focused on winning and less on just hitting each other though there will be some that do. The gore was well done along with destruction though it does look rather dated graphically. Carmageddon was an alright title, yet nothing that stands out in the current generation of gaming.