There are apparently mass waves of enemy aliens attacking and you need to tackle this super mutant alien assault threat by yourself or with a local friend. It's a simple game pitting you in a series of ship levels before you battle a boss and go onto the next section. The game is rather difficult often slaughtering you with little progression though you can start from the various galaxy tiers if you make it that far. The levels are somewhat random in the sense of what you get yet you play the same ones over and over if you can't progress which got boring. The levels also carry objectives from just finishing off the aliens to cooling fuel cells or even transferring fuel cells. These are simple though work well in creating some variety, but unless you're doing a good job it can get repetitive quickly. Each level is also equipped with a number of tool pods that grant a weapon, grenades or health every so often. Some levels also have a bonus crate for some extra abilities to assist in your battle such as dashing or bonus super powers.

The game carries a pixel look to it with a number of neat looking aliens though many are similar to creatures from other franchises so nothing entirely unique here. The combat is quick paced which is nice though it's boring as levels are stationary so you just need to use the small space available. Enemies are also on set paths that make them predictable, but in greater numbers are crazy to keep track of. There really wasn't a ton of variety in the worlds or creatures and it doesn't help that everything felt so claustrophobic. 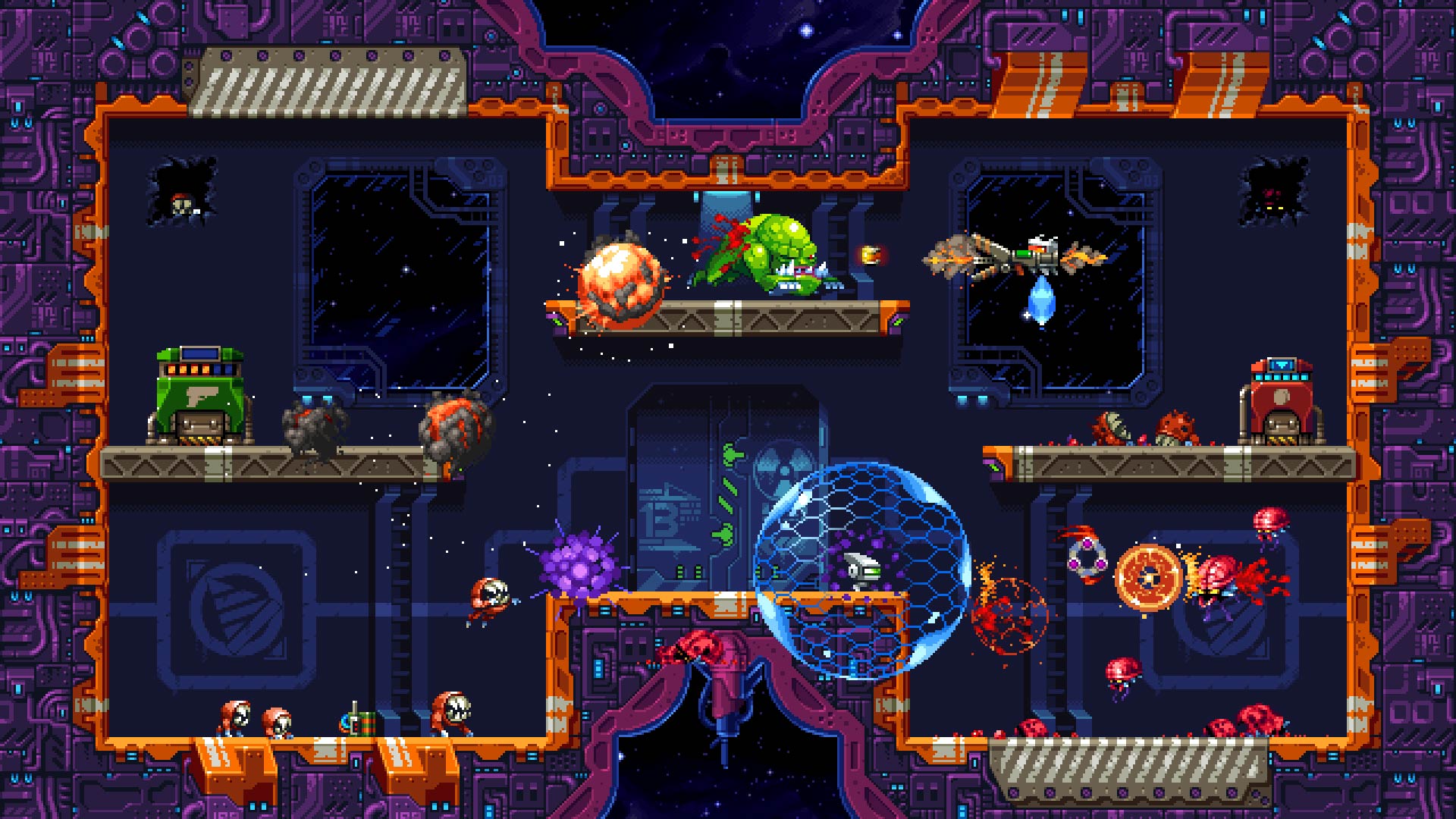 Super Mutant Alien Assault is a decent game though there isn't much to it and it's not at all for those that don't like retro type hardcore titles. This is fine for those that do, but I just felt that not enough was going on in this game to make it memorable or something I'd like to go back to ever. The coop mode was fun and a tad bit easier having someone fighting with you so that might be something people enjoy. It's a mostly basic game that carries classic pixel graphics and still levels that get repetitive with death. It functions fine, but is just not enjoyable or carries enough depth to make it a worthwhile experience.