Tour De France 2016 aims to capture the spirit of cycling as the world comes together to compete during a series of events taking place in France. It's quite something to watch seeing the massive groups of cyclists going at it and the game is simulating that. I was actually very surprised at the design and the fluidity of the biking display in the game. There are a number of modes present including the core campaign where you tackle the tour, a custom league to build your own team while keeping close to a budget and a challenge mode. The main tour is where I spent most of my time as it's the core portion of the game and features massive courses to race on. The custom league was interesting as it's more or less your "Be a GM" mode where you attempt to create a successful team. I also did enjoy the challenge mode as it was just a series of races testing your abilities with the bike and giving medals based on performance, it also features a great selection of courses to cycle upon. You can also find options to tweak most of the modes as well when setting them up to make it more personal which was useful. As far as being true to the sport I did find it simulated the spirit well not only in-game, but also with cutscenes for victories or starting off.

The game actually does look great with a beautiful backdrop to race along. I was very impressed with the length of the tracks they've created as most are hundreds of kilometers in length meaning you pass by this never ending chain of countryside or small towns. It also felt lively with fans cheering on the side or even coming onto the track near the ending and this was a nice touch. Also don't worry if you don't want to race the full amount of a track as there's a quick sim to get it done faster with a number of options. Aside from just racing I suppose you could also just bike along a path for awhile admiring the sunny countryside of France. I did wish there was a bit more customization as far as perhaps making my own biker or even editing a bit more for a personal experience, but I suppose that's not entirely needed. The biking aspect is also realistic in that you need to watch the performance of your biker using the food pastes you get to make sure a burn out doesn't occur. They also have included the concept of wind and using your opponents to an advantage which was neat, maybe even too in-depth. 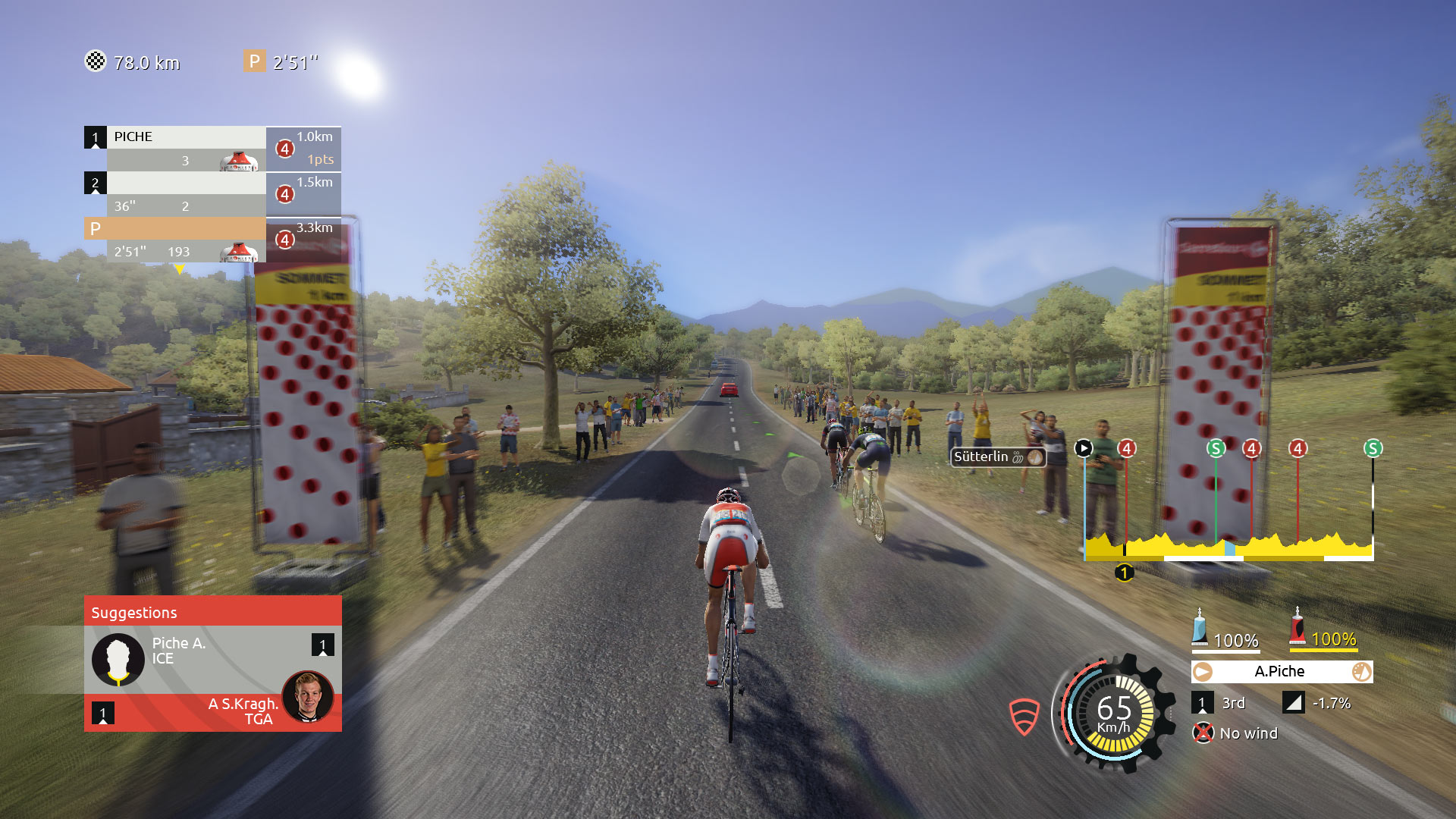 Tour De France 2016 truly does simulate the sport well with a number of modes that anyone who enjoys biking or the Tour will love. It was also realistic in emulating the movements and the many ways cyclists keep going on these extended races. There's also a wide selection of command options present whether you're just biking along or want to sim a bit as the circuits can be long. The choice is really up to you and that works well. Aside from the tour there's also the great custom team option of the fun challenges area where I got to push my speed to the limit which was exciting. Tour De France 2016 is a solid sporting game that matches the event it's named after and is great for those that enjoy biking. It probably won't be for everyone as it's not hugely exciting, but you know what you're getting into with this sort of sport.