Land It! is a plane simulator game which is honestly something you see little of these days and it does perform quite well. The game starts off easy with a couple of tutorial levels to teach the skills of the trade and then throws you into the action. The goal is to typically land planes or use the planes to collect objectives. This is done with an aerial view of the planes as there can be multiple planes going at once which is insane honestly. These planes fly fine by themselves and you switch between controls on them in order to offer guidance. This will require patience and timing to make sure the flight speeds are well balanced so they don't fly into each, off the map or into no fly zones. The controls are simple for anyone to easily get the hang of the title and just the game in general is rather simplistic in concept. It does have a number of challenging areas though nothing was terribly hard finding the right balance. There's a good selection of levels available that all provide a star rating based on your performance within the level. This further unlocks new ventures and the endless modes for even crazier action. There isn't a ton to the game and it does feel slightly boring, at least in my opinion though flight enthusiasts or strategy players will appreciate the design. Despite not having a ton to the title Land It! does perform well with a decent amount of content for worthwhile experience. The game also looks rather pleasant with its simple polygon type look which is bright and full of life. 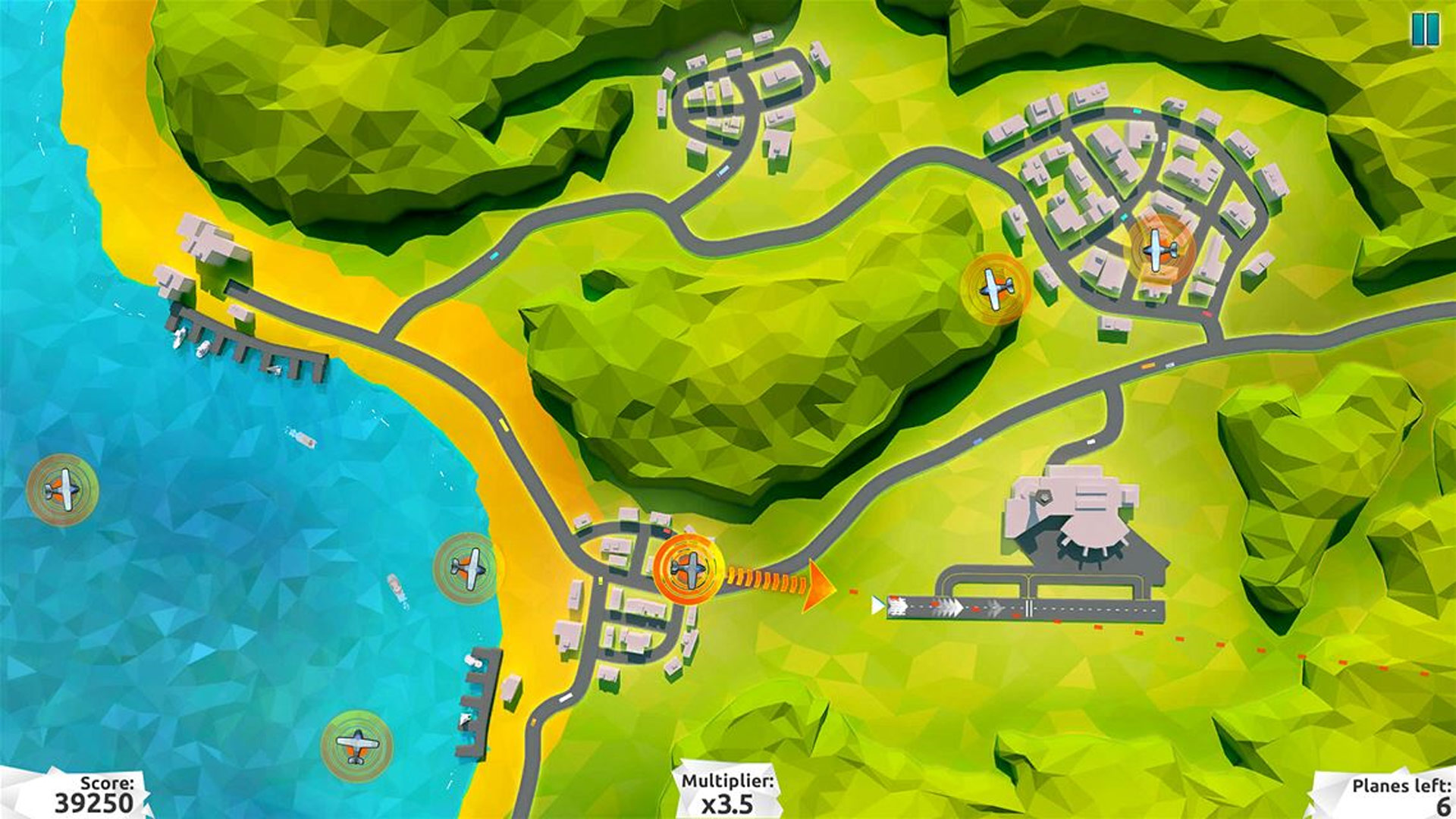 Land It! is an alright game providing a decent amount of content to play between the campaign and endless modes available. I found it to be a bit boring generally, but can appreciate that others very well could enjoy it more. It runs absolutely fine with simple controls to learn and it gets tense with the more planes you have flying at once. I didn't think it was anything too crazy of a game, but it does what it sets out to do efficiently. If you like flying games or even easy going strategy ones involving planes then this is a good title. It might have been nice to see some more wild modes thrown into the mix or something else, but what's available does work fine providing a decent amount of gameplay value.

Land It! Review on Xbox One
Review Code Provided by Nemesys Games