Into the Belly of the Beast Review

Into the Belly of the Beast is a water adventure following a sea worm named Sploosh that is attempting to survive the horrors within this massive sea creature that has consumed him. There are friends that need to be rescued and many dangers to be found within this beast. It's actually somewhat interesting in that you go through the various body areas of the fish in order to make an escape. The game is split into a number of acts each with a set of chapters and a bit of a boss fight at the end. Nothing is particularly difficult making the game rather relaxing, but you will need to be careful in areas as it can be tricky to progress. You'll need to move through the narrow bodily paths while spikes fall, skin pumps within and other fish attempt to eat you. There are also a number of puzzles found within the corridors as well including using electricity to open paths, pushing button type objects or even using speed to move quickly. With that you can eat the DNA of the smaller fish around you to gain a number of useful abilities such as health, a camouflage or even a speed boost to name a few. These are crucial for surviving the levels and even the bosses. The levels also aren't terribly long taking a few minutes each depending on your speed or thirst for collectibles hidden around that grant bonuses. Bosses also aren't too difficult following certain patterns with only certain attackers within the region being a threat.

It looks actually great having a nice watery depths vibe to it with a darker tone that surrounds many bright colors. I also loved the design of your sea worm as it was funky, creepy and not something you typically see in games. The movement and gameplay was easy enough for anyone to play while still providing a decent challenge. It was also a rather relaxing experience as I munched fish while dodging falling spikes or traps that were in my way. Overall the ambience was well done and it felt like a full water adventure throughout despite moving through some creature's body. 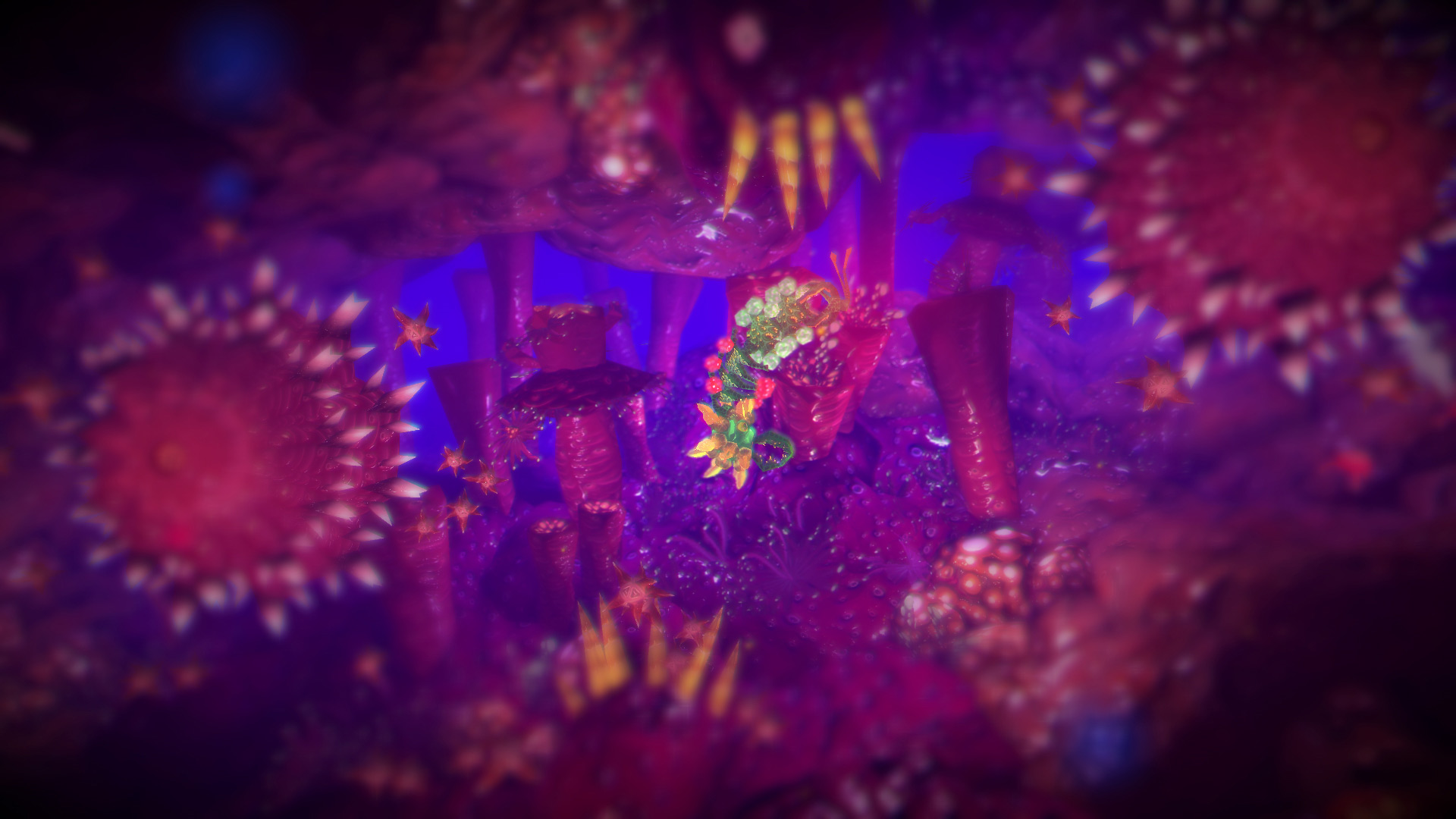 I had a pleasant time playing Into the Belly of the Beast and it's a game that works quite well. It's never too complex or too simple, yet easily accessible for anyone to play. The world of the beast's interior also feels lively despite being mostly narrow tunnels of icky body to move through and it was filled with other fish to interact with. It was nice to eat some and then shout fear into the other fish using scary DNA and just generally how the whole consumption system worked. There's a good length to the campaign across a few acts and of course many chapters within those to complete. Into the Belly of the Beast is a great game with a lively world that anyone can easily enjoy.