"Set Sail to the Random"

Lost Sea begins with you being shipwrecked on this tropical island from which it teaches you the ropes on how to survive. The game is entirely a procedurally generated experience as every island you visit is completely unique across each of your playthroughs. Building on that there is a concept of death in the title from which you'll need to restart from scratch. This wasn't something I was a huge fan about as you lose everything from upgrades to crew and basically get stuck with some extra money based on your last run, but you could die quickly again and be left with nothing. That aside the game allows you to freely explore a chain of islands as you make your way towards a boss area of sorts and onto the next isle. It does somewhat have a story you can complete if you survive through and build up your crew. Levels are vastly different, yet simple in their objectives or what you can do. There will be a number of hostile creatures present, new crew members to recruit and tablets to collect. These mystical tablets basically allow the continuation of your journey and how far you can sail forward. There are also some occasional traps to deal with; magical healing trees, things that can be built and chests to open. You'll need the right crew members for certain tasks as well, but it still did feel rather repetitive in nature after visiting a variety of the islands.

The game carries a cell shaded texture to it and presents a lock over the top angle that does work well for the game. There's a variety of enemies and environments to face with most aspects of the game coming done to planned approaches. It's all about strategy when tackling the various enemies and puzzles that you come across when adventuring. Nothing is too difficult when playing, but you'll need to be careful in island selection and which crew members you take on. There are also a number of upgrades available for the player and the ship bought with either collected coins or animal soul points. These greatly assist, but sadly do not carry over through playthroughs which was a bit disappointing as you need to start fresh every time. 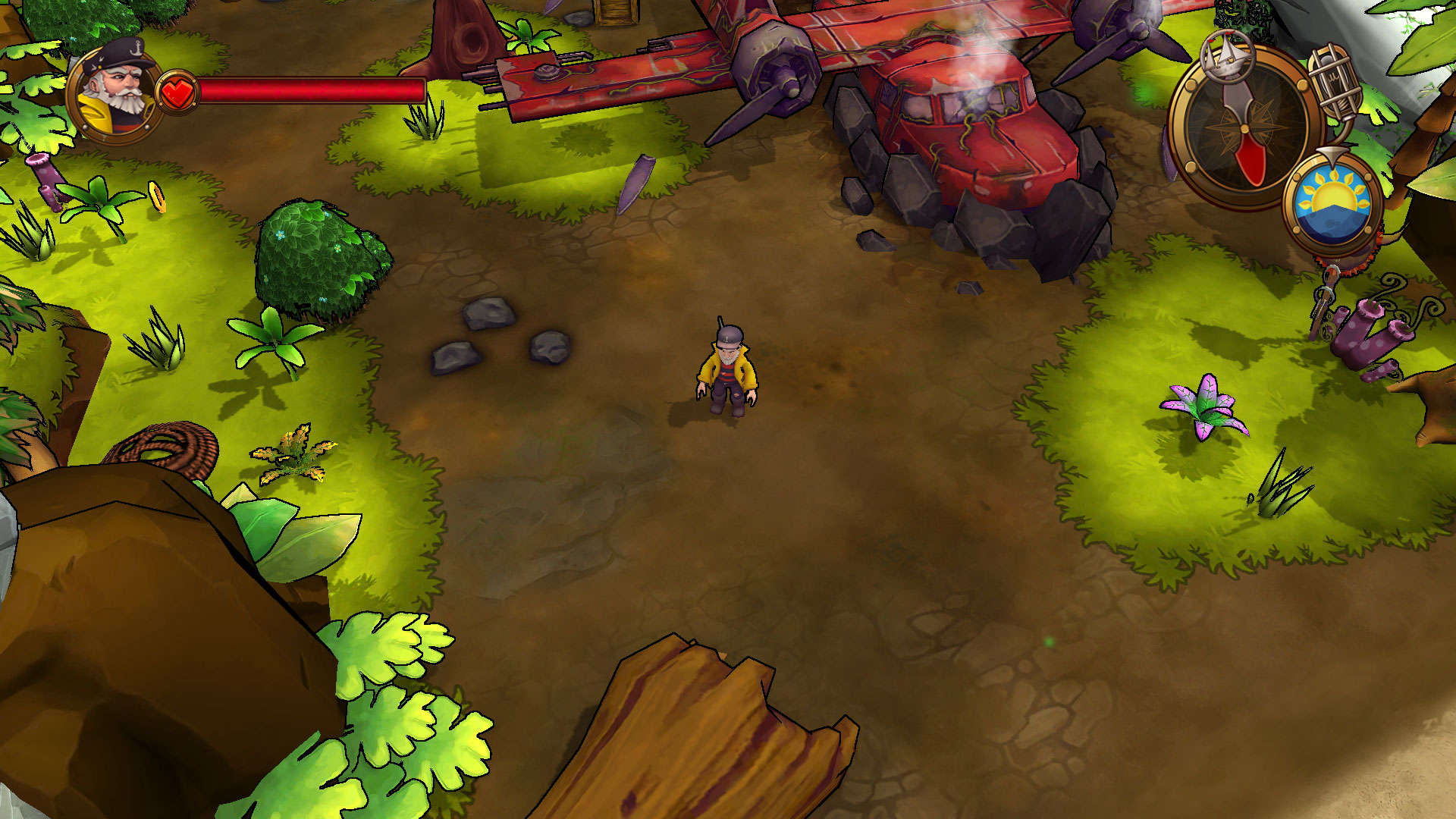 Lost Sea was rather fun to play as you build up your crew to survive, it was just a bit crushing when you die to lose everything you've worked towards over an extended period of time. The world offers incredible variety though with completely unique islands and environments to visit every time you dock. I do however wish there was more variety in what you do on an island as it got fairly repetitive when playing. It was either walk by a pile of crew members you don't have space for, cut some barrels for coins or lug tablets around while avoiding enemies. Lost Sea does provide endless replay value and always offers somewhere new to explore so great potential for extended gameplay.