APB: Reloaded is an online free to play open world shooter that takes the style of Grand Theft Auto and focuses it into missions. As someone that does occasionally enjoy playing the PC version I was in big disbelief over the quality of this port that was announced quite a few years ago for the platform. I'm honestly surprised they thought that this port was good enough to be released and I'd rather not have it at all on the console than continue to play it in the current state. It took them a few weeks from launch to even make it so that I could login into the world along with many other players which killed interest and now that I'm playing it's horrifying. The game barely runs at all with so many stutters; screen tears, general freezes and some graphics that belong on a Playstation 2 title. I'll be honest when I say APB is an average game, it was never going to get high reviews as it's just something fun to play yet this version is atrocious. I'm going to save more comments on that over the next sections, for now let's focus on the story. The game revolves around two factions being active in the city, the vigilante justice cop system in place and the crooks. You can play for either side in this never ending turf war, I decided to play the crooks as that's what I was on PC and their missions are a bit more fun. Once in you can choose between two core districts of PVP play and a social district where you buy things. It really is somewhat of a social title where you occasionally choose to go and kill some people, but even that barely works on this version. There isn't much of a story in this title as it's more about doing missions with randoms or friends online that pin you against an enemy matchmade squad with occasional chats with yor supervisor leaders.

It looks awful, it's literally a visceral obscenity and has no place on current generation consoles. I was blown away with how bad it looks as I don't recall the PC version looking this bad. The draw distance is good, there's some destruction and the NPCs that fill the world look good. All the building textures are terrible, the regular people have clothing that doesn't load with the world feeling fake. The no texture loading issues are most shown in the social area as it's neat to see how everyone looks, but you just get the default placeholder which is disappointing. The controls for the game are actually rather smooth and aside from the awkward gunfire it plays well. Driving is also well done with a number of tracks available and the customization options in the game are endless. It just sucks that you never get to see them as the textures never load, but those NPCs sure look good! Being a game of customization you can tweak everything in your character's design from body to clothes with colors or even custom emblems. These are great touches that make your time special, but without others to see it what's the point. There are also options to buy more clothing options, weapons and vehicles if you're so bold. 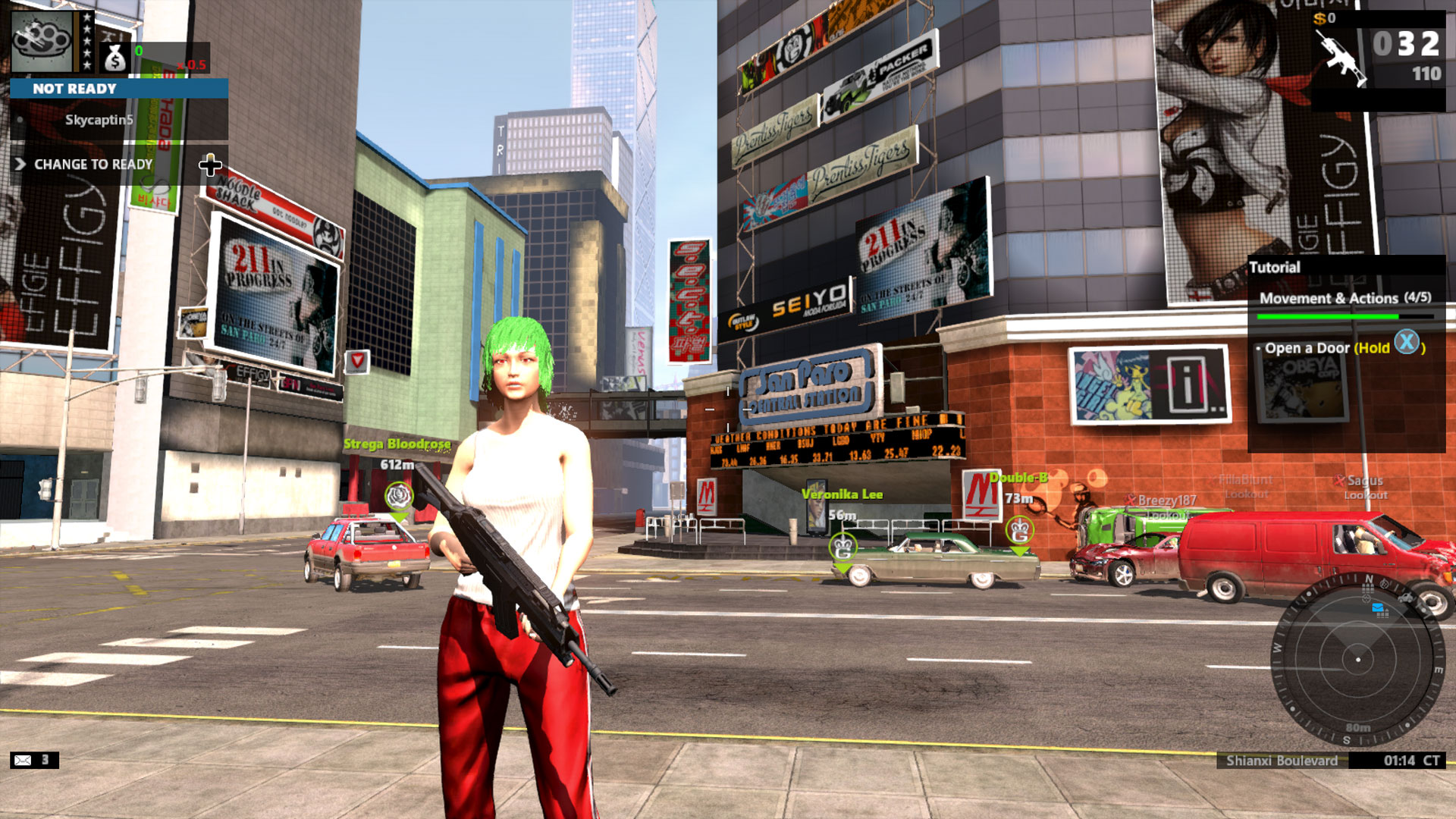 APB: Reloaded could have been a huge hit the console taking its place beside some of the best free to play titles offered this generation. Instead it's downright awful and at the barest of minimums playable. The only thing keeping my score up so high are the customization options, solid controls and that you can somewhat play it. This is if you can get over how bad it looks and the huge issues in general gameplay. I do truly hope they clean it up over time and get it stable, but at this point it's shocking that the title was even given the ok to be released. That aside in general synopsis for players it's a title where you go around driving or stealing cars to go and kill the enemy in PVP focused basic objectives.

APB: Reloaded Review on Xbox One