The Jackbox Party games have become a nice family activity we now enjoy doing each time they release a new pack. This isn't to say we don't play it in-between those periods of time, but it's just when we're most likely to play it. Drawful was my personal favorite of all the Jackbox games so I was extra excited for this sequel. With that this standalone makes sense for those that haven't played the Party Pack it was a part of and I definitely suggest giving it a try. The game is simple, you grab a phone to play by joining the local room via the Jackbox.tv site and then gather three players to start. You draw some pictures based on the word prompts and then try to guess each other's drawings for points. That's the just of it for this area as I want to go over what's unique in this version. The biggest change would be the large selection of new prompts and the custom prompts section. Instead of just playing you can now create your own custom episode experiences for custom and wild times. It adds a bit of unique personality to the title and I'm sure those hosting parties or streams will particularly love this aspect. That's really all there's to the game, but it's unlimited replayability which is nice and yet despite that I was still hoping for maybe something else new. Not to say this standalone isn't great for returning or new players, I was just hoping for a bit extra like a new mode.

Like stated before you head over to Jackbox.tv after opening a match on your console and then play off phones or any device with a browser. It works seamless and very well with a number of new features to make online play even better. A popular activity is streaming the game online which I love doing with some online friends and they've added some theater type aspects to accommodate a livestream delay which is appreciated. They also have options for the more crude inputs so that keeps the game friendly for all ages as it's such a silly game to play. Each round players draw they prompts to play and then the game goes to each player's drawing so the others guess what it's. This is good to throw others off for the "pick which one is right round" that goes after guessing. Points are then tallied and the next round begins, it's quick and most of all fun with some hilariously bad drawings. Other than that each player now has two sets of colors to choose from and the game supports 3-8 players along with an audience members area for those waiting to join in. 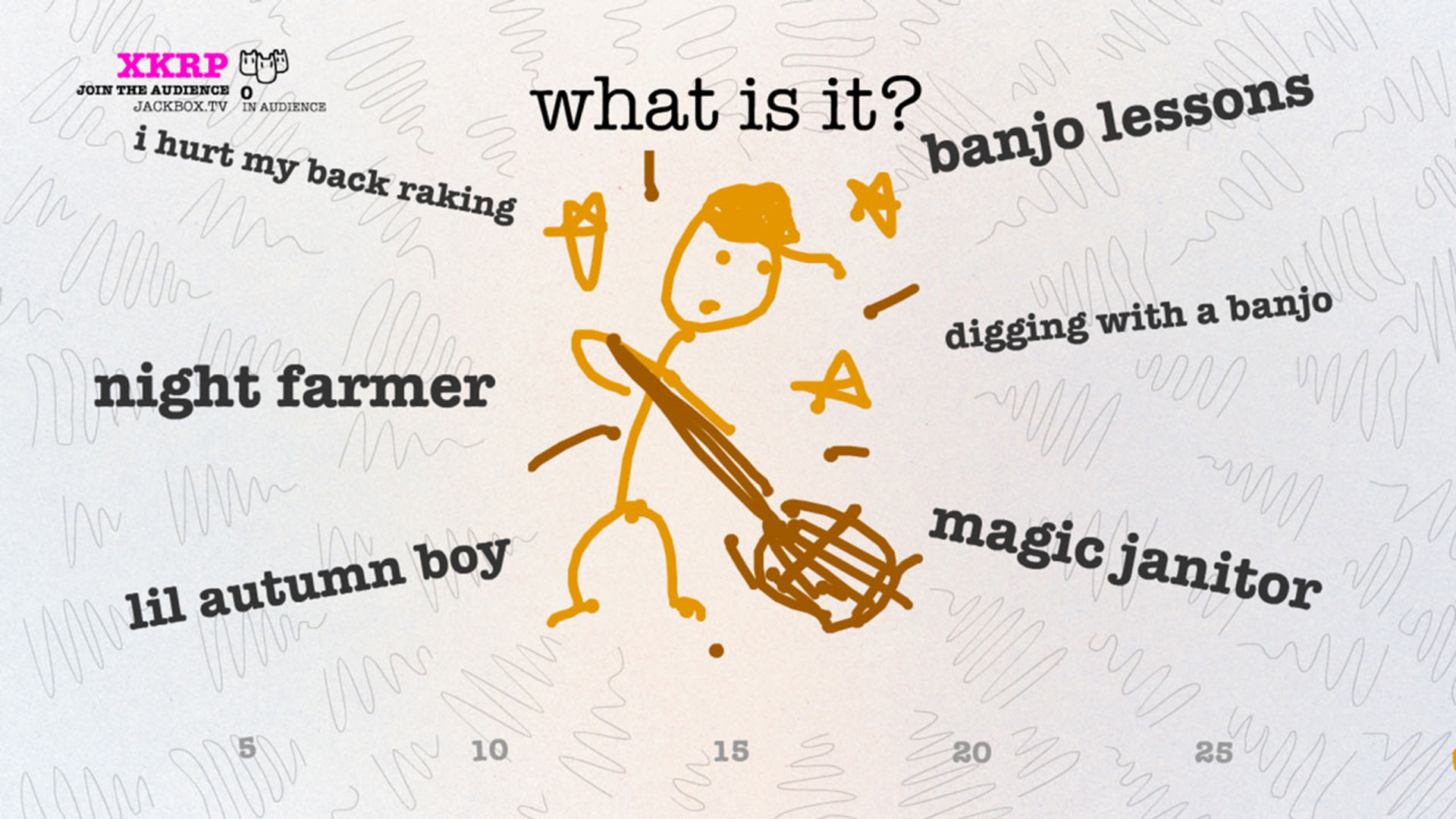 Drawful 2 is a lot of fun, if you haven't played this game it's a perfect party title for a group of people. Even returning players will love the new selection of prompts and the ability to make your own. This one truly does offer unlimited replayability and is definitely my favorite of the Jackbox collection as it's just purely hilarious. I also like the host in this one as she does a good job narrating the adventures with some nice jokes thrown in. Anyways, with that Drawful 2 is one of the best party games you can get that offers easy accessibility for players as you don't need to have a wide array of controllers or silly peripherals. You just literally get to sit down together, pull out your phones or devices and draw silly pictures.