Fishing is a calm type of activity where you just get to relax and wait for the lines to catch something. This is well emulated within the game as you basically visit one of the locations included and fish. There's a tutorial for those that need to learn the basics as it's somewhat intricate to get into, yet not so bad once you practice a couple times. Moving from the basics the game opens up with a number of activities from playing solo against AI in tournaments, battling it out in some challenge or just taking to one of the islands to fish in free play. If you get good enough you can take your fishing skills online to compete competitively or in friendly matches against others. This was actually quite fun as I just did some free play battles against a friend and we'd just enjoy a relaxing time waiting for the lines to bite with fish. It works well and was definitely keeping us in it as there were a couple times where a last second fish turned the tides of the score. As far as fishing goes the game emulates it quite well being a decent capturing of this activity and relaxing mood behind it.

Euro Fishing does a decent job of capturing fishing while also creating an alright atmosphere. I somewhat wish that the environments looked a bit better along with the characters as there were some bad draw distance loading. That aside when you get near the water this is all forgotten as the water looks beautiful. Each of the lakes or bodies of water seriously looks beautiful and I can see where most of the graphic power went, which makes sense as that's the majority of what fishing is about. The controls are also well done with a couple options based on player preference for catching fish and it also comes down to practice as well. Initially I was having trouble catching the fish, but I switched up strategies and performed better. I did however face some bad glitches when it came to shooting out the line and this needs some work. Another issue I had was content, there's enough to suffice in terms of locations and activities, I would have liked to see just a bit more here to fully build out the title. That aside there's a good selection of fish to catch and it's very satisfying when you get a big fat one for some extra points. 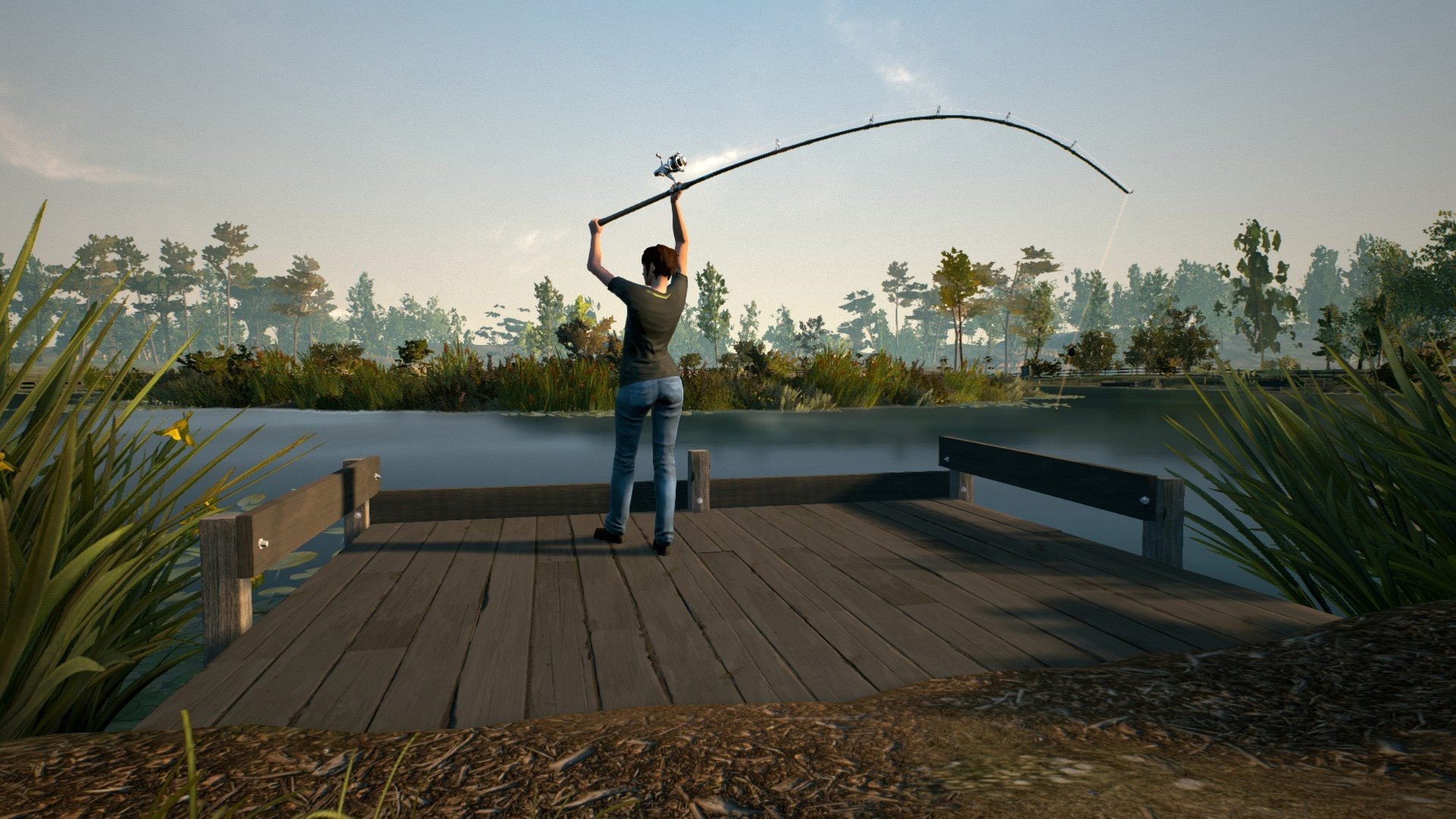 If you enjoy fishing or want to give it a try then this game simulates that experience quite well. The whole method of catching the fish is efficient and there a number of new items you can buy to make it easier. There are also various environmental conditions to deal with and you'll need to find the right equipment for the job as well which can be unlocked with points through progression. It's actually quite a great time playing multiplayer with a friend and just joking around while you wait for a bite on the line. I certainly enjoyed doing some fishing and I'm sure there's more than enough content in Euro Fishing to make the game a worthwhile time.