Gear Gauntlet is a challenging maze runner where a spinning gear is guided through different gauntlets as the screen scrolls. In the gauntlets are hazards such as spinning blades and flying energy balls. Along with the traps colored blocks must be broken through by pressing the corresponding color on the controller. Points are awarded for collecting gold, silver, and bronze gears throughout the levels. There are also rare cogs to be collected in secret areas in the gauntlets. There are more than one way to complete each gauntlet with differing lengths of completion for each. There are four levels with ten gauntlets in each.

Gear Gauntlet’s main menu allows access to the game, online leaderboards achievements, and help and options. The game play menu consists of a quick play, which is essentially story mode. A tutorial, which has the ability to break or fix gamerscore as it is linked to a one gamerscore achievement. Difficulty can be set to normal, hard or insane. Changing the difficulty does not effect the gauntlet’s layouts, but rather it effects score bonuses and damage taken from running into the colored blocks. Normal incurs no damage, hard deals some damage, and insane makes collisions a one hit kill. There is a level select that allows you to play previously cleared levels with hopes for a higher score. Lastly, Gauntlet Mode unlocks after completing all gauntlets. Score is increased by collecting cogs, and by remaining onscreen for as long as possible. Bonuses are awarded for higher difficulty settings. 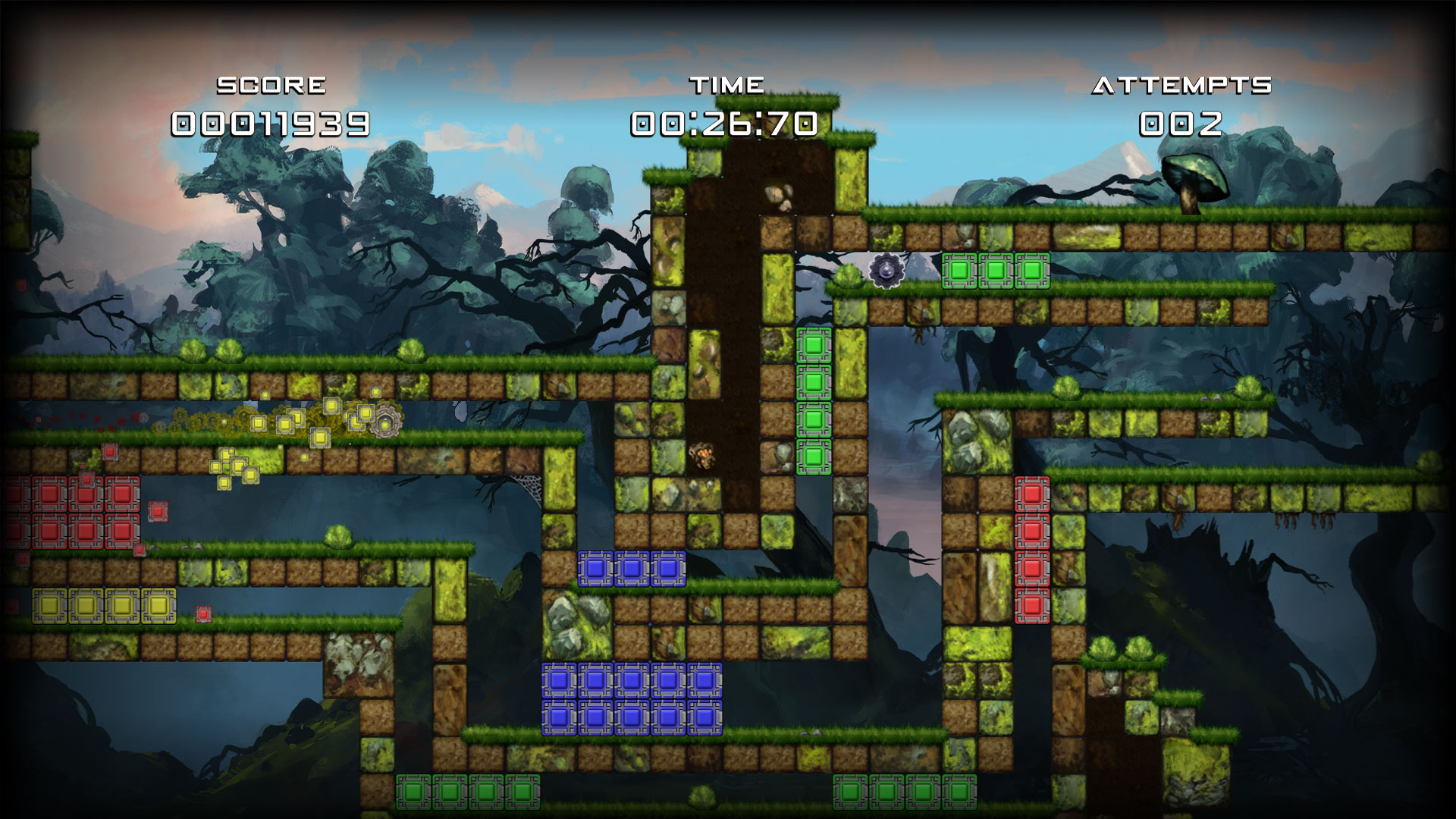 Gear Gauntlet is appropriate for all ages, however, this is not an easy game. I can confidently say that gamers will either love the challenge that this presents, or they will lose patience with it quickly. With it’s lack of story, it is excellent for a short gaming gaming session because there is nothing to get involved with other than gameplay. It’s main downfall is that it seems to be unnecessarily difficult with gameplay consisting of memorizing the gauntlet through trial and error, and knowing the colors of the buttons on the controller.