"Episode 6: A Portal to Mystery"

I was a bit worried when it was announced that they would be pushing Youtubers into the season as throwing in cameos doesn't always work well and they've done such a great job in the recent episodes. It was great to see that they could actually create a compelling narrative for my we ran into these people and the roles they played within the episode. Instead of being a traditional episode pushing the core story along they opted for a much more intimate and fun atmosphere. This episode took on the form of a murder mystery of sorts with our Order of the Stone attempting to solve just what was going on. It was basically a Scooby-Doo episode with a bit more darker themes which were well done. I also liked how it did keep things vague throughout and created a solid surprise of just what was happening within the seemingly scary manor. Each of the Youtube personalities also brought their own bit of style to the episode and I'm sure if you're a fan of any then you'll appreciate their presence for sure. For others that might not know any of the cast I'm sure you'll find them fun additions for the episode and that they each bring their own bit of style into the mix along with a healthy patch of drama. The length of the episode was also more in line with classic Telltale episodes which is appreciated and it's nice to see such a solid story being developed to the point they can pull off side stories so well.

Everything looks and plays in exact detail to what their Minecraft counterparts would be like. It was so great seeing the many Minecraft creatures they were able to stuff into this episode and fans of regular Minecraft will love that. There was even a great amount of story detail that was starting to be built up and created a sense of lore for Minecraft. The voice acting was well done with every character feeling absolutely unique. The game does look more akin to animated Minecraft videos which I'm sure many of you have seen before which was fine. Compared to past episodes the episode was really polished with no issues present in the world and it played smooth throughout. Finally would like to mention that the game has some neat side crafting areas where you can decide what to build in order to complete a task. 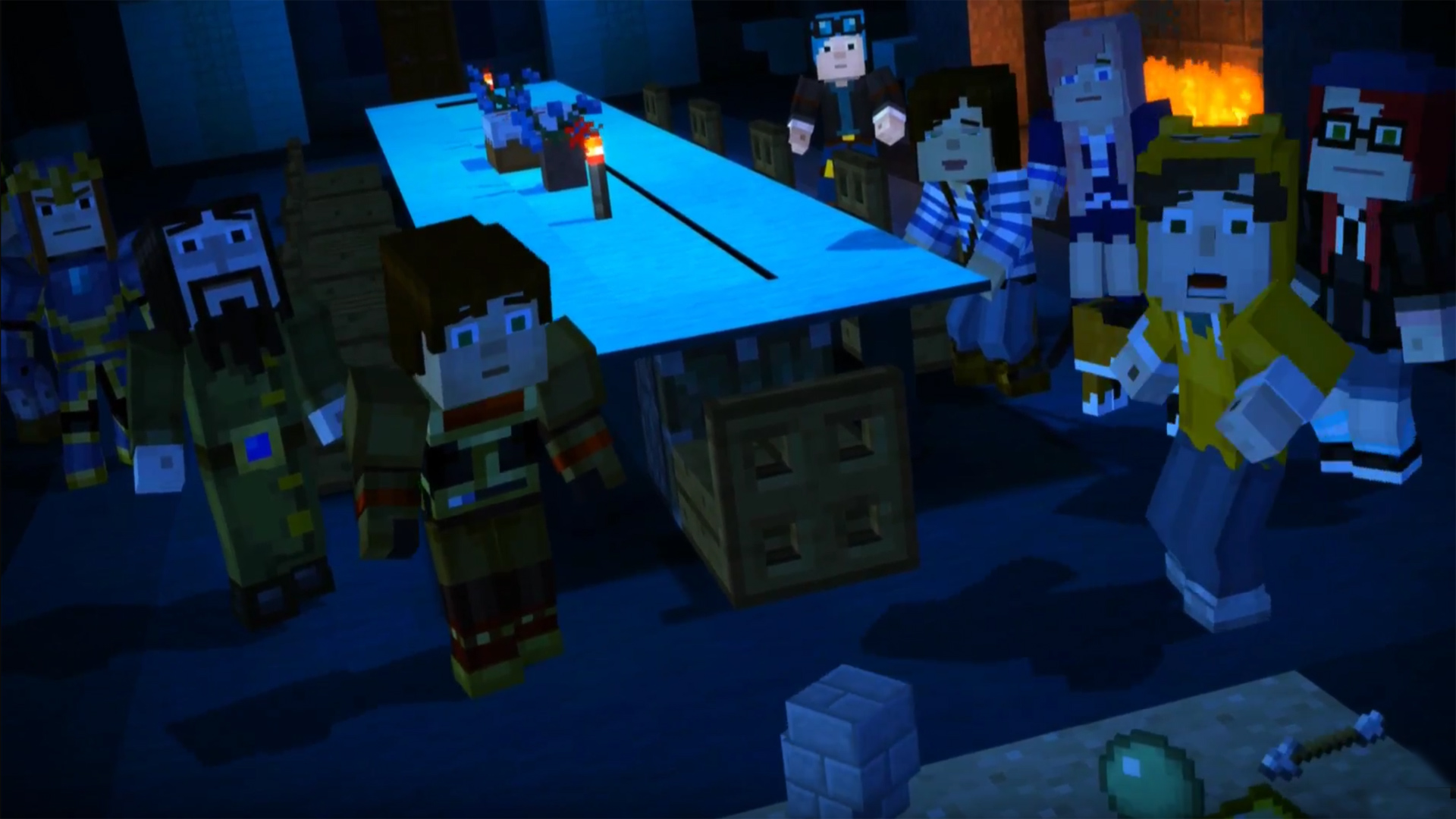 A Portal to Mystery was a great time providing a solid tale of spooky action while balancing a large cast of characters. Despite having a questionable attitude going into the experience I was pleasantly pleased with the addition of the Youtube personalities as they did mix up the action and were mostly fun. They each played their part well and I like how danger was still involved with some big names. Building on that it was great to see some level of danger involved as well as important decisions that directly impacted the narrative. The story will also do a great job at keeping things a surprise and you guessing about what will happen next. For an episode that aimed to create a fun small adventure it worked well and hopefully we get to see another type of smaller story before the ending of this mini extra season.