Neon Chrome is a twin stick shooter with a cyberpunk style that sends the player out in a variety of procedurally generating levels. The goal of the game is make it tough for you to survive, provide death into your face and give you a bit of a bonus each life. This is done through the purchase of certain upgrades which carry over from each virtual body you take control of and be warned that certain this life only abilities won't carry over. It can be rather difficult to make progress in and it certainly gave me a good slaughtering as I attempted to build up my strength. It's really just a lot of trial and error in order to get the right selection of a classic along with tools to survive longer. There's a bit of a story structure to it in regards to certain level milestones, but those are difficult to work towards and it's not for everyone. The levels were decent in design feeling futuristic though it was odd in seeing such a difference between playthroughs with some being straight forward whereas others were much longer and more difficult. Most involved either the collection of keys to continue or the collection of certain objectives within the level. You'd then run towards the exit hopefully not getting gunned down by reinforcements, but that number hinged on the level of stealth put into that particular level.

The game controls well with a good range of weapons and a very wide range of abilities. There were so many variations possible in terms of what you'd get just playing and what could be bought with the currency you earn. I would have liked to see a bit more items carry between playthroughs as it does feel grindy at times. The environments were decent with great variation, yet they did begin to feel too similar in terms of colors and general atmosphere. The concepts were neat and overall the objectives were mostly clear on just what you needed to do in each level. 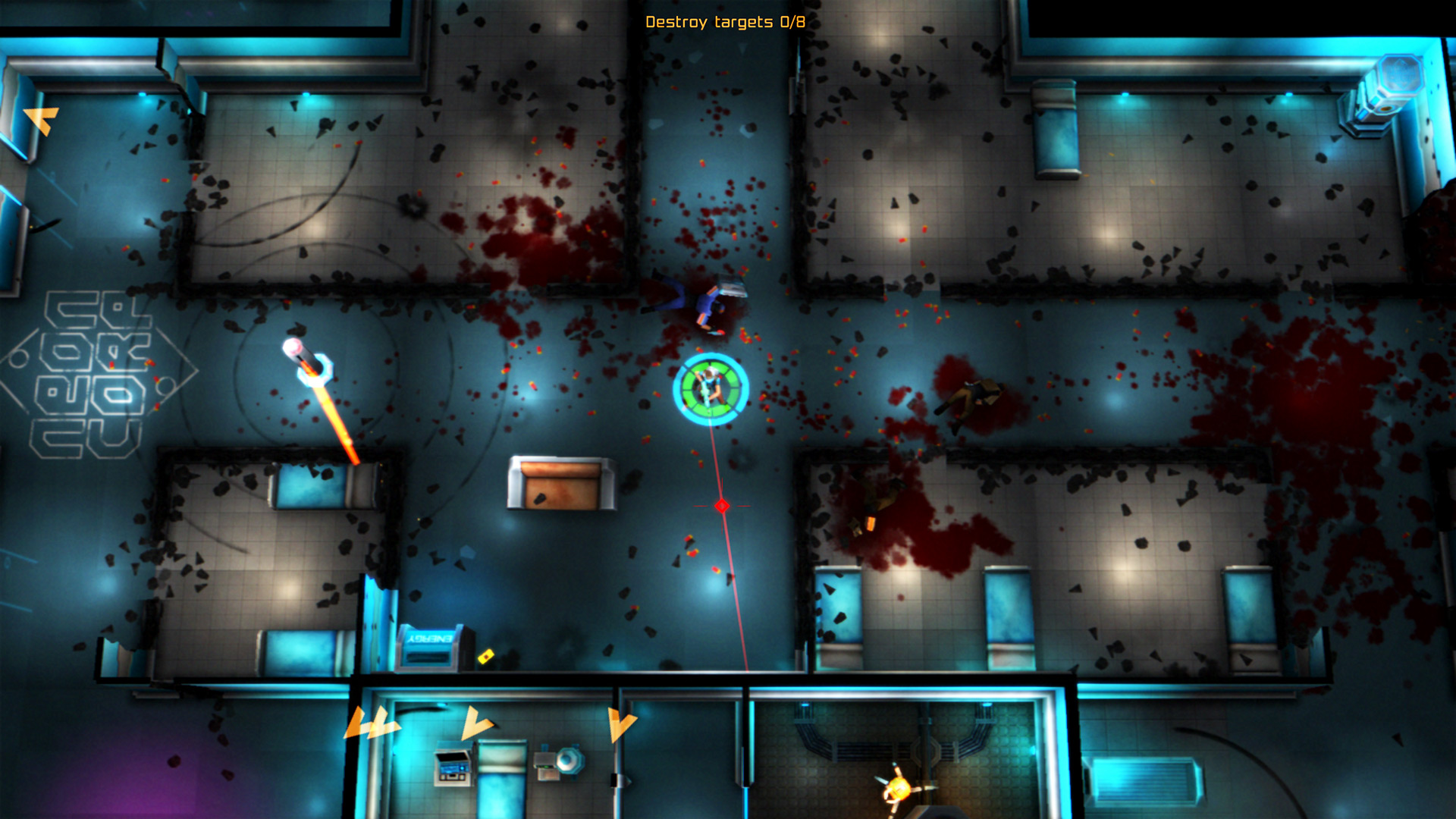 Neon Chrome is a solid and difficult twin stick shooter that will definitely provide you with a good challenge. For some they may become frustrated with the lack of process, but I think the concept works well aside from maybe needing to give us a bit more to carry over between lives. I like the variety of environments as it made every spawn or next level feel fresh while still keeping it uniform with the theme of the title. Neon Chrome works well in what it sets out to do in being a difficult title and the challenge is there for players, you're warned not only by me yet the game itself as well. It'll take you awhile to get into the swing of things, but once you get a class you're comfortable setup then you can really get rolling.