Fragments of Him Review

I'm typically one of the individuals that appreciates titles that are aiming to be a bit more artistic or story focused. With Fragments of Him I felt that it really was just a selection of overly stretched out segments that somewhat came together. Following mostly the story of Will you get to see key people in his life and their reaction to what he decided to do with it. Will is a bit different of a thinker which affects those around him and those concepts were fine. I had no issue with the story of the concepts this game explored, I just felt that it wasn't pieced togther right. It had a strong core subject and message that it was trying to get through yet it was incredibly boring. You hop around from character to character seeing guided aspects of their lives and how this guy has impacted them playing somewhat of a Grim Reaper perspective. I could imagine that some would feel some emotional aspects in the subjects covered in the game though I felt it was drab and generally boring title to play through. The levels are void of color taking on a grey look and for some stupid reason are presented in ultra wide screen. The worst part of that is they opted for a grey color instead of black so you have these ugly lines across the screen the entire time, it was distracting. The environments were usually ugly to look at with varying levels of detail and I felt that perhaps the storytelling area might have been a better art direction to go with. There were also times where I wasn't sure where I was clicking on people or if I was considering those areas might have just been watch what's happening times. 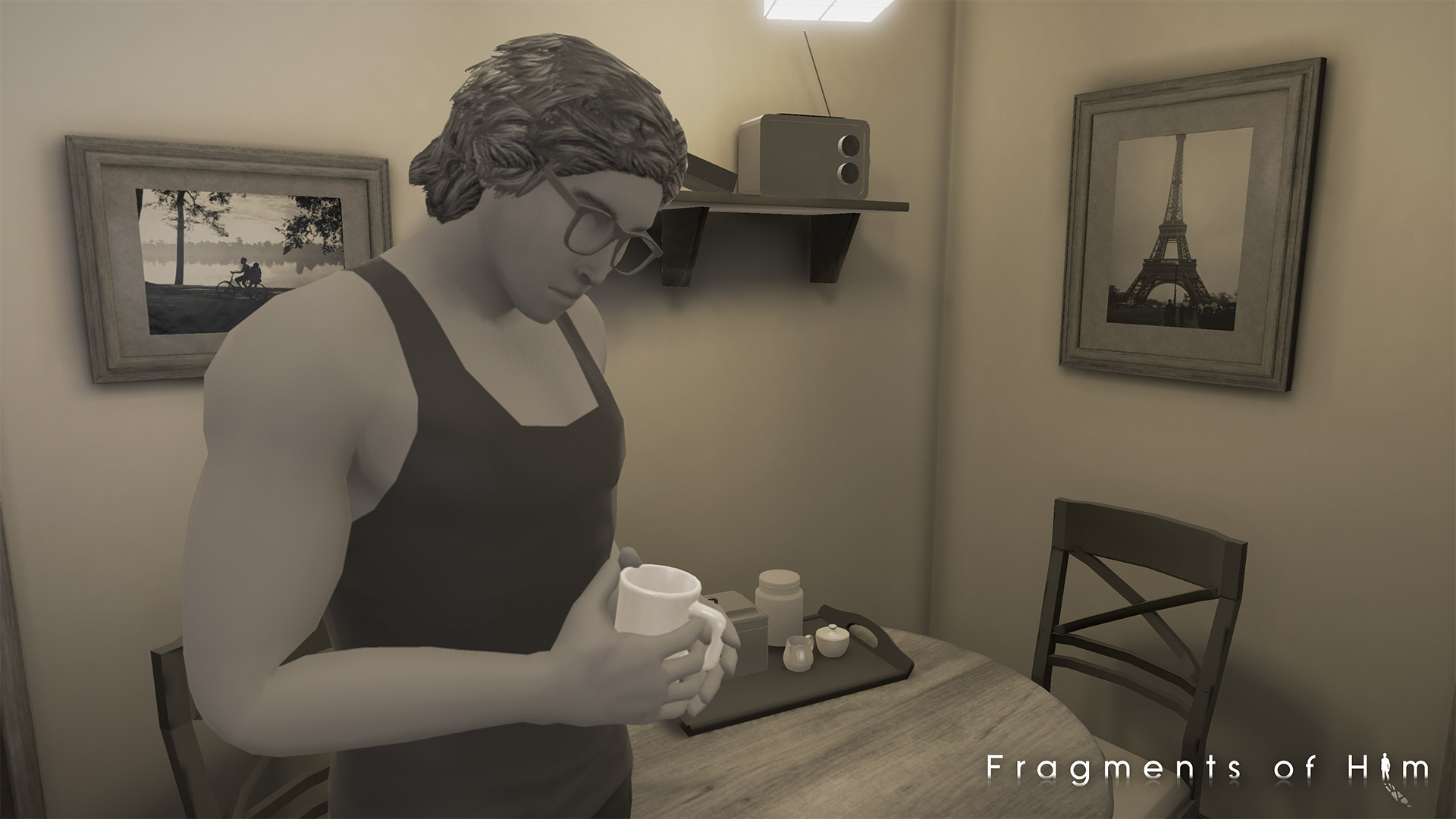 Fragments of Him could be a solid experience for those wanting less of a game, but it never quite comes together cohesively as game or as a story. It never quite picked its core character despite somewhat centering on an individual and was ultimately a boring time. I'd say it was a bit short, but even at that length it was painful to playthrough and I'm sure I was quite annoying when discussing it with someone while I playing. The subjects it dived into were interesting and quite discussed topics these days though it came out a bit weird and never hit the right aspects to make this compelling. If it wasn't for the easy gamerscore on this one I would have stopped right away and I typically never mention gamerscore but that's about the only value I saw in Fragments of Him.