In Between Xbox One Review

"Cradle to the Grave"

In Between is a side scrolling puzzler set within the mind of a dying man. The story is unique in the fact that he never interacts with any other characters, nor does he narrate for the player. He is thinking his final thoughts only to himself as he recounts his life in his final hours. The levels are based on the five levels of grief that it is said humans go through before they accept their passing. Denial, anger, bargaining, depression and acceptance are represented as he sifts through his memories recounting his family and the life lessons that they imparted. He navigates the chambers of his mind reliving his past while trying to find new meaning to what he thought he knew. A somewhat ironically recurring regret seems to revolve around too much time spent with the television. So he passes through his experiences alone as he draws nearer to the end.

The art style is reminiscent of 1970’s animation with character movement resembling that of a marionette. The music fits well and does not distract from the story or gameplay. Controls are simple using only the thumbsticks and a single button input. The right stick is used to move the character from surface to surface such as from floor to ceiling. Jumps can be steered to avoid obstacles or for manipulating puzzle pieces, but the target surface cannot be changed mid-jump. The left stick is used to move along surfaces and for steering jumps and the button input is used for entering or exiting levels. While there are no difficulty settings, when nearing the end of a level there is an option to begin the next level or to continue on for a few more difficult puzzles. 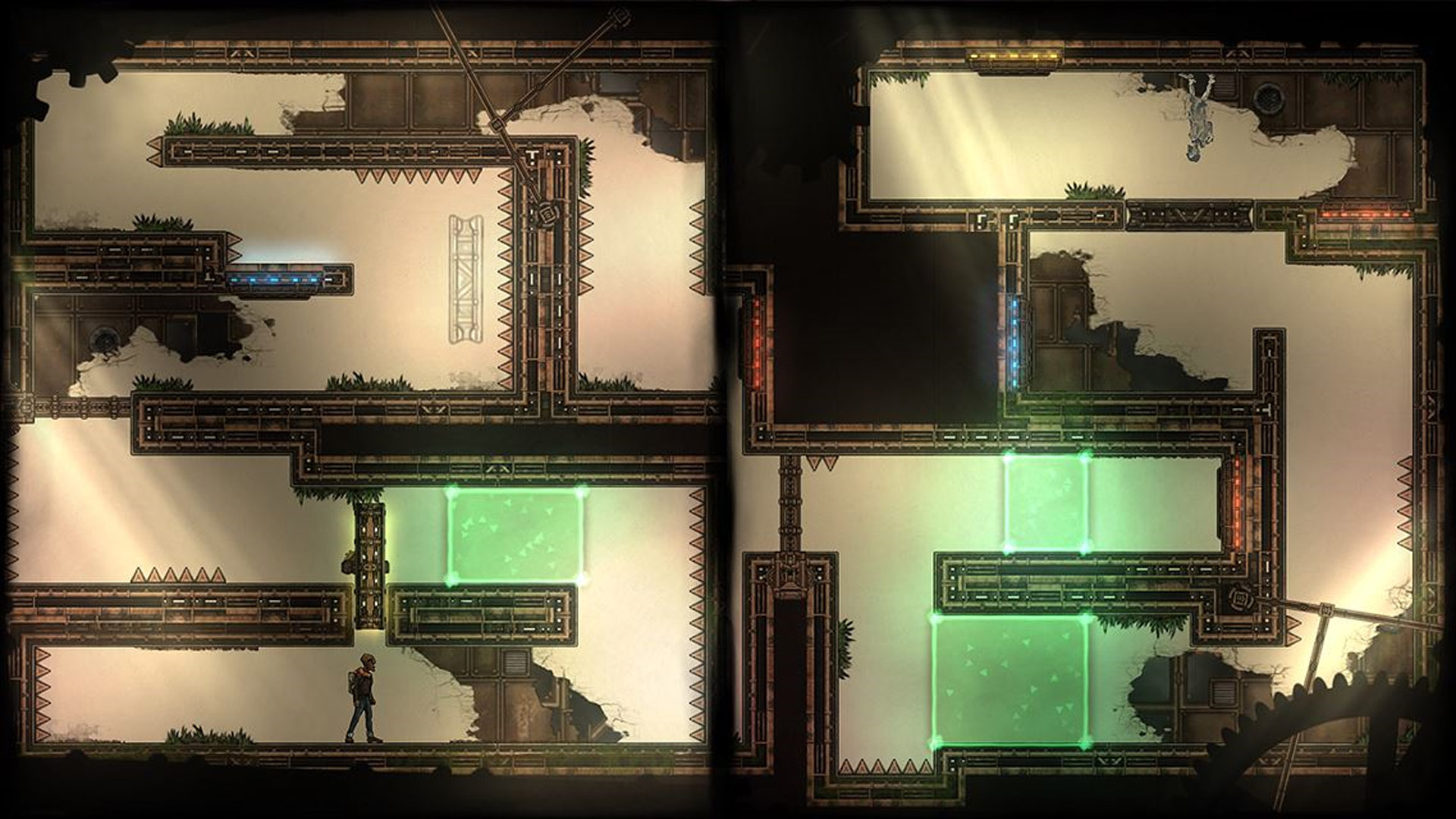 I found In Between to be an enjoyable puzzler. While the puzzles may not be particularly difficult from the start, the story is compelling enough to keep me playing. I liked how the cutscenes were used to introduce a new game mechanic for the next level. The simple controls helped to keep focus on this narrative driven game. The peaceful and logic defying gameplay coupled with the voyeuristic insight into a dying man’s thoughts makes for a thought provoking experience.