"A Day at the Market"

After the thrills of the really well done map in Sapienza we now head to a crowded market within Marrakesh where a CEO that defrauded the people is relaxing in a government building and the second target, a well known high ranking soldier is hiding out in a school. The people are on the edge of rioting and it's up to 47 to go in and assassinate some people. Starting off in a market you get to move through what's a very crowded area that was slightly impressive aside from some AI phasing through each other. You then move towards the many funnel points that lead to two separate and distinct entries. This map was fairly large in scale though not quite at the same level as the previous level. I did like the aim at realism with just the quantity of people moving around in the markets though they didn't much considering a good chunk of them looked as though they were almost ready to revolt. I also found that some of the soldiers were more aware of my despite never seeing my character, even through disguise changes which was odd and yet some other AI didn't notice be crouched with a pistol out looking at them. The map also had many opportunities show up for events and a of course the usual side contracts that as well which I'm sure you're aware of from previous episodes. 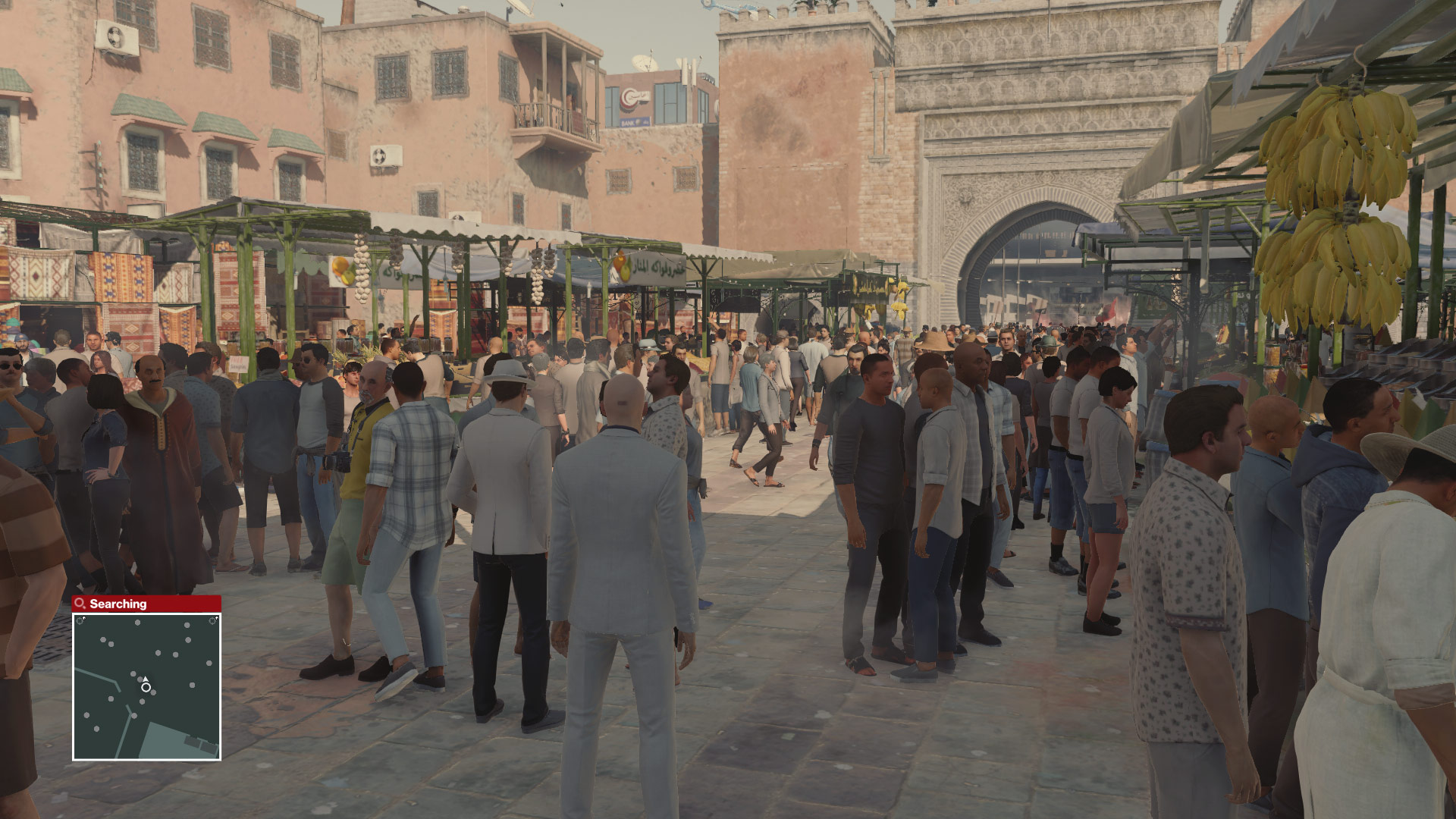 This was another decent effort adding yet another quick mission into the world of Hitman. It didn't really develop the story any further as we just went forward to kill these two individuals we've been told are bad. This mission was also much more straight forward than the previous entries as you were quite funneled into these side sections with minimal path options which was disappointing. The market felt lively and was filled with tiny details which I appreciated, it just didn't serve much of a purpose in the actual missions. This also feels like a bit of a step back from the scale of the last level not only in terms of literally adding no story, but just the design of the level in general. Hopefully things pick up for the next episodes as the signs are definitely pointing to what is an average title. Again, for those that love replaying this the options are the same as before with contracts to take out so there's a decent amount of replayability.