"That's Recoil for You"

The game starts with a young kid awakening from deep slumber within a cryo tube, once out he crosses paths with this robot and decides to go find a part to fix it. This is about as far as the story develops for the game and from there you begin slinging from area to area in order to progress. I had wished there would have been a bit more story structure to the title as its largely quiet even within the occasional small cutscene. The game is split into a number of acts and then chapters within them which all end with a boss fight of sorts. Each level feels relatively the same which did get repetitive after awhile as the core mechanics are heavily repeated. The campaign is a decent length taking advantage of both horizontal and vertical challenges for you to launch your character through. There was nothing too complex as far as puzzle solving as it mostly came down to just lining up the shot properly or wandering through the fairly linear levels until it was beat. Each level also contains a number of gears to collect and a special gear hidden somewhere in the level which will allow for full level completion.

The core mechanics are based around using the gun the kid picks up as a propulsion tool as it's recoil is quite strong. This launches him in a number of directions and allows you to shoot out the various AI that reside in this ruined society. I was quite a fan of the environments within the game as they look clean, yet apocalyptic to a degree which provided an interesting futuristic mix. The mechanics of the title largely worked quite well and were fun, especially once you came across the larger weapon. I did however find at times that the shots just didn't want to line up causing frustration and that some of the more precise areas were annoying due to the design of the fun. Dying is also something that doesn't happen often within the title as your robot pal saves you, but if you do die it starts you off at the beginning of the level which is terrible. This was particularly bad when you fight with the controls to complete an annoying section and then have to restart it all. 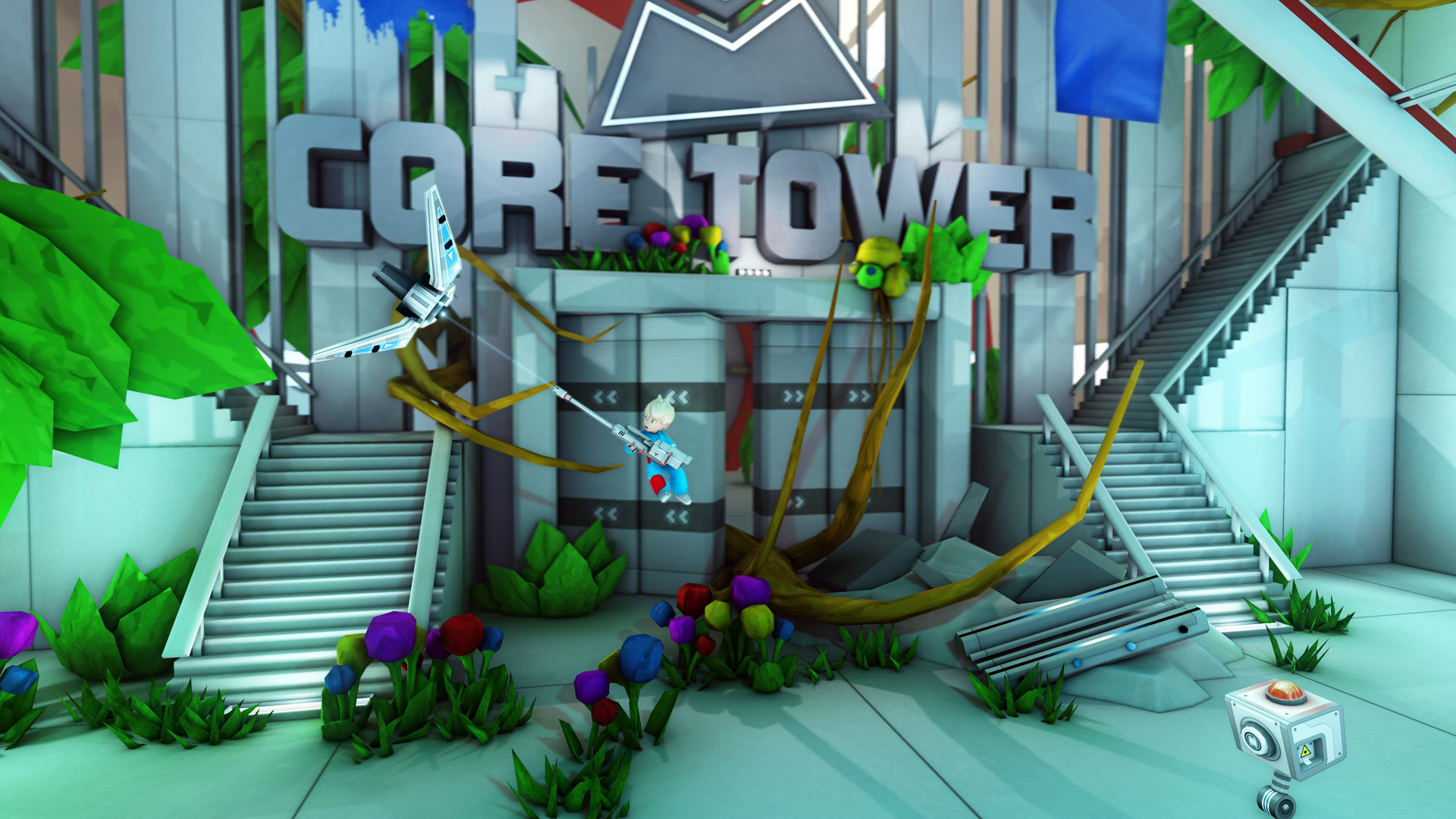 Kick & Fennick was a decent game though the core mechanics were a bit difficult to deal with at times and the story just didn't have much soul to it. There was still a solid amount of gameplay to it time wise with some hidden features to find and nothing was too difficult to complete. It would have been a bit better if the gun shot a bit more precise though the wonky design does provide some extra challenge I suppose. It's really just quite alright and functions as a solid platformer, just was expecting a bit more after the initial start.