I'm actually quite a fan of the Turtles and am familiar with their games finding the classic TMNT 4: Turtles in Time to be my favorite. With Mutants in Manhattan they've done a great job of making the game truly focus around the four player experience. Each of the turtles is captured well in a more cartoon style of art I want to say which works well and their personalities were also presented well. The core structure of the game lends itself to the Transformers: Devastation game which I wasn't a fan of from last year as the same company developed the titles, but I found the gameplay to work much better with the turtles. Combat was not only smooth, but a ton of fun as everyone would gang up on enemies at once for some awesome battles. The levels were a bit uninspired if you could even call them levels as they were mostly just a kill a group of enemies, run forward and eventually battle a boss. This was where the game was weakest was just the levels themselves though the boss fights were well done and I did enjoy the story that was weaved between levels in cinematics. I also found that the game improved greatly over the course of the campaign aside from some re-used levels and boss battles which did ruin what could have very well been a perfect game. While I'd normally really drag on a game for these aspects by the end of it I did quite enjoy the game, felt a full story was developed and had enjoyed playing through it all. You can of course work through the campaign by yourself with some actually competent AI or online with a group of four players. 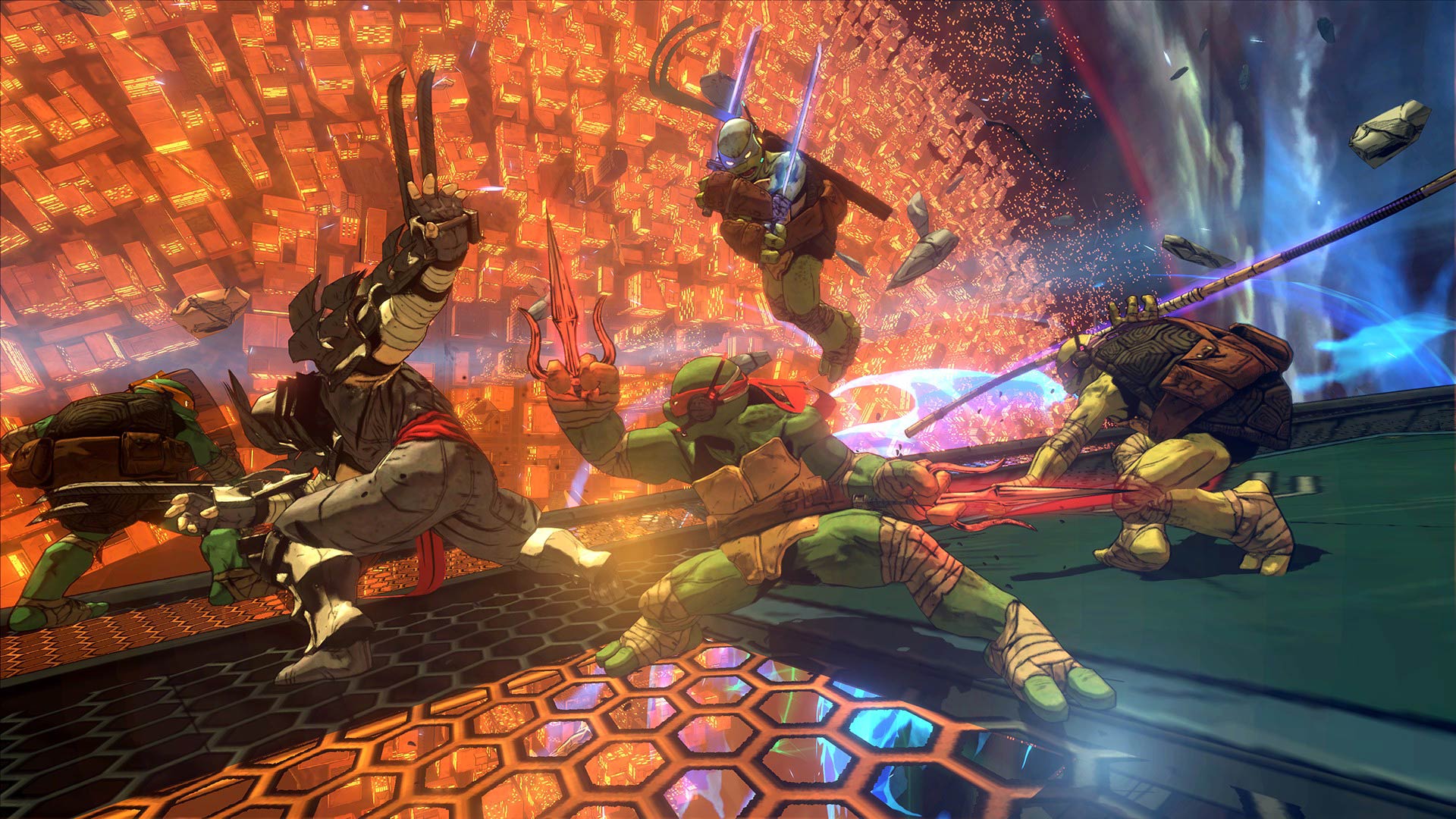 The combat was simple, yet well done with some great looking combat specials that also provided a bit of a challenge. The game was focused on two melee hits though holding left trigger opened up specials which had cool downs and with the right timing you could pair these up with teammates. There was also the ability to change turtles on the fly though it was a bit delayed and you had the option to customize skills in the menus. It was great to see the turtles fighting together as a team and it looked great, I do however wish that some of the bosses didn't have such high health bars as it felt too tense at times even on while playing on normal. It was also great that despite providing a decent amount of challenge I still feel that all ages could handle the game well even at the standard difficulty. Within the menus you could also buy consumables which were also found during levels such as health pizza, energy drinks for speed or extra turrets to nail quick damage. Your skills could be swapped for turtles and leveled with the XP points earned during combat adding a bit of a RPG element to it. 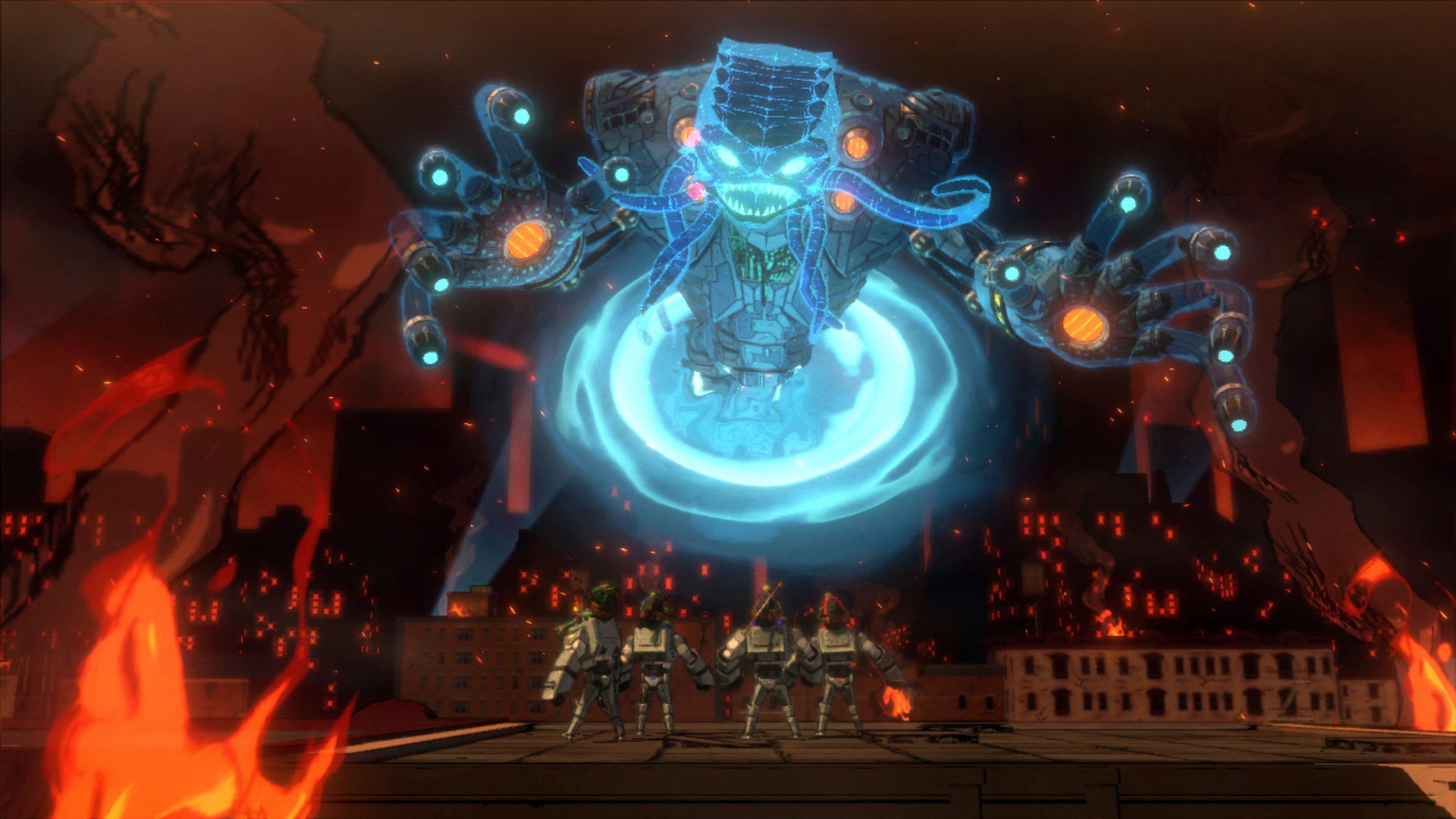 I actually really enjoyed playing TMNT: Turtles in Manhattan and felt that only a few elements were holding this title back from being a perfect Turtles game. The core combat matched the characters well with all of their weapons feeling just right. It was great to swap turtles aside from the delay and also grabbing some special riding vehicles was neat later on though I won't spoil anything there. It's a great title that all ages could find a decent amount of challenge with and there's a full story there as well. The campaign levels could have been better designed, but they did work well enough for adding time into the game. It's a solid title packing a fair length campaign that you can of course play again with others or on higher difficulties and there's also collectibles for people that enjoy finding those.