Rock'N Racing: DX was a decent title and also a mini racing game of the same series, whereas this one takes the fun to low levels. While the concept is interesting in that they place formula one cars into the miniature racing style it's just purely no fun to play. It's far too difficult to be enjoyable as you attempt to race across a limited selection of levels competing for cups. The campaign of sorts wasn't too inspired as it just gave a bunch of races to compete in and I was hoping for a bit more. Aside from that the game does support local multiplayer if you'd like to compete locally and a number of time trials as well to play. These take the campaign levels and just add the challenge of competing to beat your previous lap times. It's a fair bit of gameplay if you complete all the races though the game in general is just hard to play making it difficult to sit there through them all. It looks alright having that classic feeling with some nice music to accompany it, but the controls handle poorly and it's difficult to even get going. It was actually frustrating right from the start, as it's difficult to even get your engine going as all the players pass you by and then even attempting to turn corners is just a pain. I also found that the AI wasn't the smartest with some horrible crashes that sent everyone spiraling out and even thought it was a bit dense considering the number of cars racing at once. 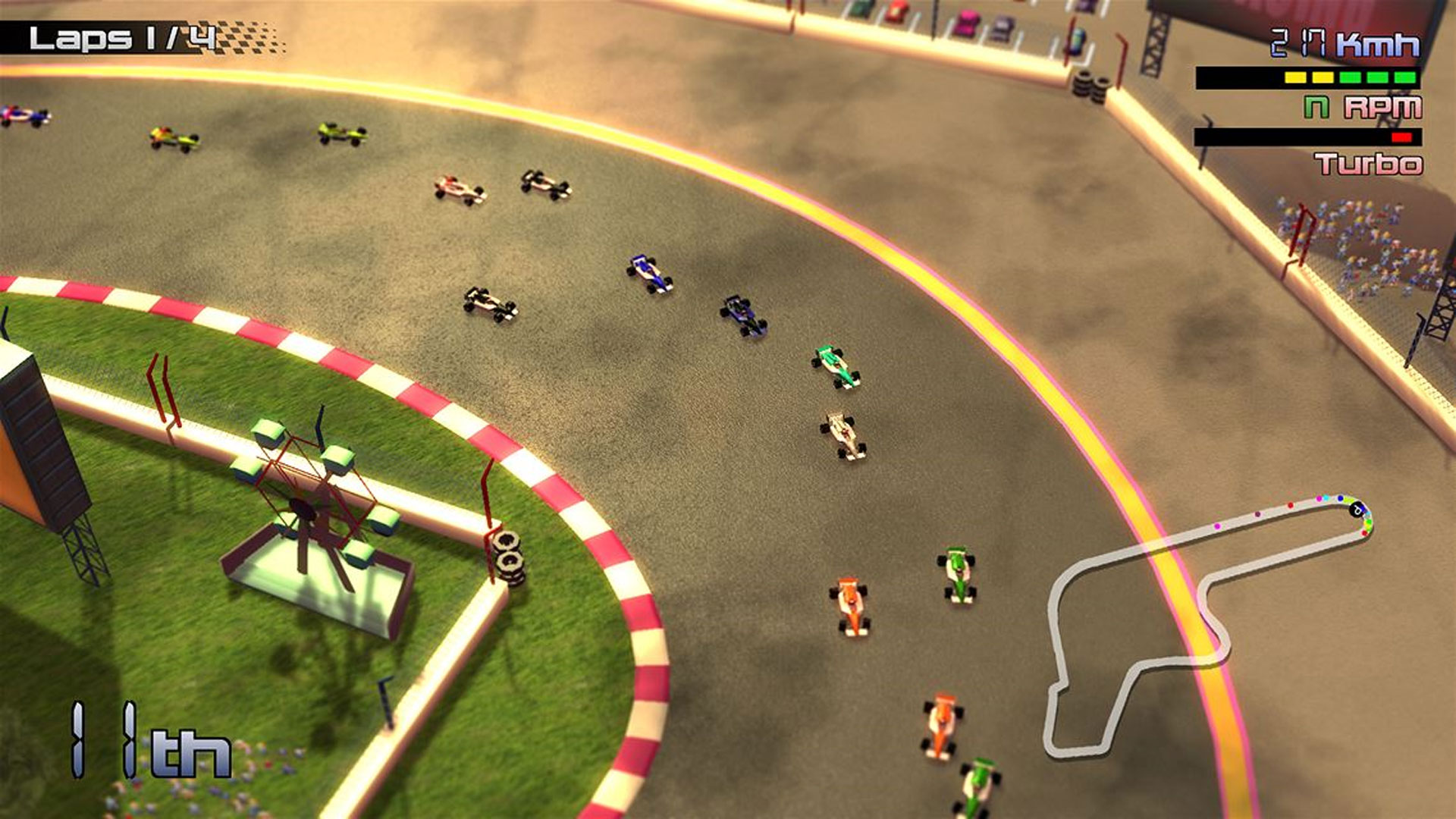 It's quite a shame that the game functions so poorly as the first title in this Rock'N Racing series was alright and there really isn't too many arcade racers out there. Even further on that it's rare to see Formula One focused titles and the mix with classic racing would have been welcomed if it performed decently. There's a fair bit of content to the title, not a ton though and it's hard to get into even if you get past the poor gameplay. The presentation of the game was fine capturing that fun feel from the old arcade racers, but there still wasn't much going on in the races themselves. I also wish there was a bit more to the campaign instead of it just being a list of races to compete in though it was alright. I was definitely expecting a bit more out of the title and was ultimately disappointed in the general poor quality of racing and that it wasn't a very fun title.