I'm not usually a fan of stealth titles as I find them to be rather boring at times though Shadwen is definitely an exception to that notion. The game revolves around the character Shadwen in her goal of killing the king and in her way is this young girl. She somewhat just gets thrown into the mix and you go with from there as the general objective on each level is to guide the young girl around while you move towards the king. There are a vast number of levels present in the campaign with each having a number of sub-section chapters to move through. These were all quite well done and I was pleased with their ability to continuously mix up the spaces of which you had to move through. It's also a bit different of a stealth game as killing enemies can tweak the story though I didn't notice that much of an effect and using noise to your advantage. While it's great to use complete stealth to move through areas I still like the satisfaction of setting up enemies for death. The game offers a number of ways to do this aside from straight up killing the knights such as knocking objects on them or even using some of your craftable items to take care of them. The levels also do a great job of offering levels of verticality to them as I felt the game was at its top strength when you were sneaking along the rafters distracting guards so the young girl could move through. The story was decent though not too descriptive as it's a quiet stealth game so you mostly got loading screen chats between Shadwen and the young girl along with some dialogue from passing guards.

This is an aspect that's somewhat hit or miss in Shadwen is the actual movement system. It works quite well for the most part though I found that the grappling hook was hit or miss, but when it functioned well it was great. You move around taking out enemies or distracting them by pushing objects or causing a scene. It's best not to get spotted as you mostly lose and hiding bodies is a must. While I found it somewhat annoying that guards on other portions of a level could make you "fail" if they found a body it makes sense. I say fail with quotations because you don't in this game as you can control time, it's a great mechanic and makes the game flow much better than dealing with checkpoints. If you screw up or don't quite get the execution how you'd like it just turn back time a bit. It functions well and was a feature I openly welcomed to get everything right. As far as guards I felt that sometimes they were a bit too dumb when moving around or even deaf at times when I tried to get their attention. It was also a bit odd with the young girl as she would just walk by enemies sometimes, like right in front of them and she wouldn't get noticed. Though I felt it was fine when progressing as a player really shouldn't get held back because of an AI character. You also get to build traps to use against enemies and components for these can be found in many crates scattered around the levels. 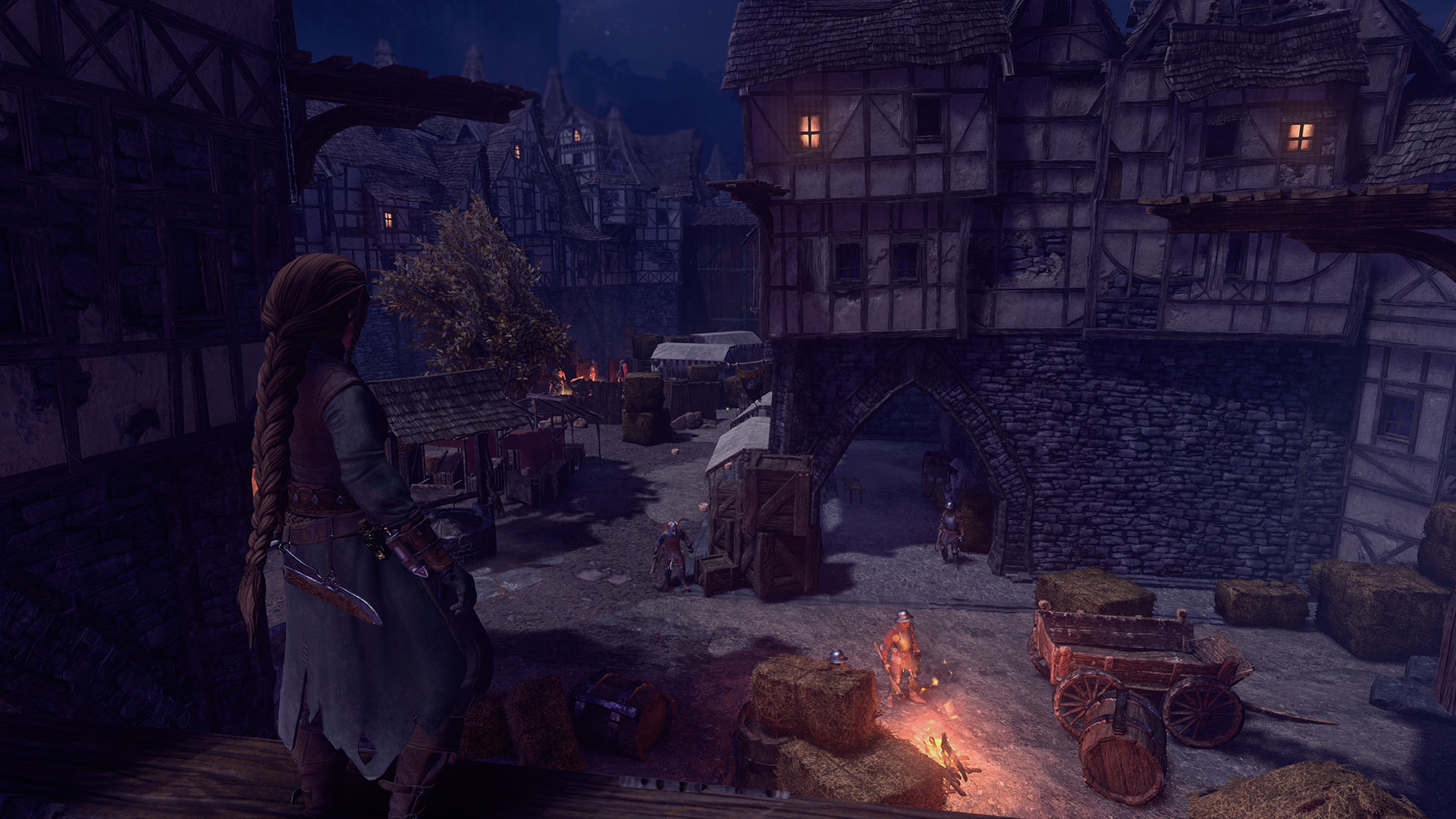 I definitely enjoyed playing Shadwen as it took a genre of gaming I find mostly boring and made it strategic. It also added a number of interesting elements to stealth gameplay which I found refreshing and it also looked great as well. I wish the story was expanded on a bit more though the real focus here was the mission and the movement through the levels. It had a good length of story with a pile of levels to move through with each presenting its own unique challenges for your stealthy abilities. A solid game and one that takes the typical stealth experience to something a bit more interesting.