BunnyLord is recruiting an elite group of freelance anti-heroes or well basically assassins to take out hits for him and clean the city up so he can become mayor. This is apparently the only that world can be saved from an upcoming event of mass destruction so just sort of go along with it. There's a great selection of levels present that each have their own side objectives and playing as one of the many assassins you attempt to fulfill these lists. With growth in approval ratings after completing each hit you'll unlock more characters and each of these individuals present a unique style in combat. Before and after levels you're also given a short speech from BunnyLord which are hilarious with afterwards you being given a nice meal. During the meal you also get to hear what the affect of your last mission was and these are also great for a good laugh. Missions are usually short and never too difficult often having some verticality come into play. It's quite something to jump building to building while sliding and shooting people. It's also got some great humor from its cast of characters while generally being a great time when playing. I also loved some of the smaller cinematic like areas where you would bring BunnyLord with you who would do his own thing. With the Super Snazzy Edition you also get some additional levels where you can play as BunnyLord so that was great.

The game is presented as a 2D scroller with a hybrid cartoon and pixel based graphics which looked smooth. It's also quite graphic with lots of well done blood, nice executions and hilarious language thrown in. It's definitely a badass title to be sure and it's so much fun going through levels just killing everyone in sight. Each character has their own style of killing including the weapon they use so you'll need to find one that works when you unlock them. There are also a number of additional items to pick up on the levels which will assist in your mass killing spree and smaller graphic details I appreciated such as birds flying away after hopping onto a roof. 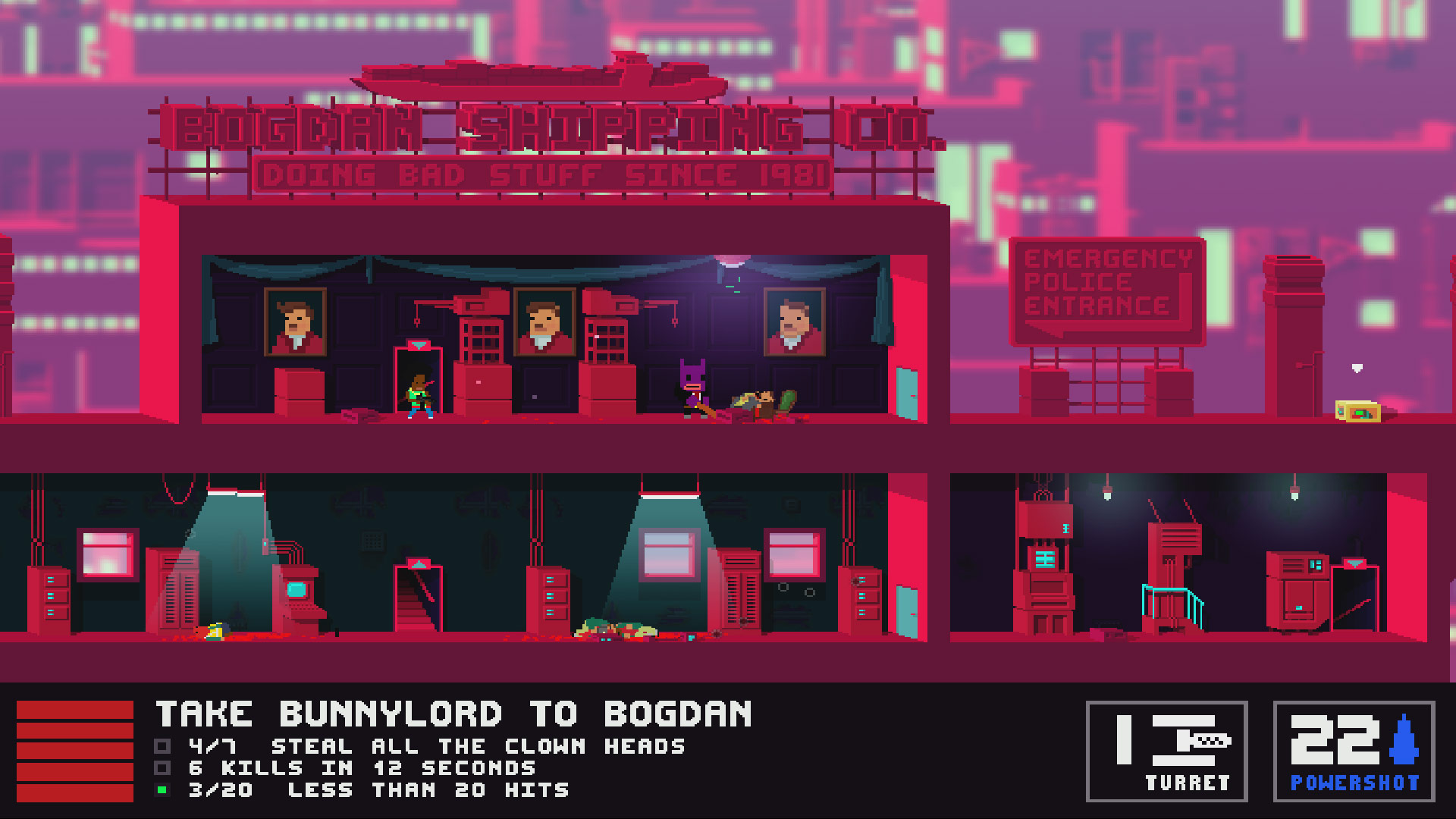 I can't believe I missed playing this previously and had just a blast going through it in the Super Snazzy Edition. There's a bit more for those that have already played the game and for those that haven't its great. It's also somewhat of a mature title so beware, but it's mostly in pixels and decent language so not terribly adult. BunnyLord is also a fantastic character bringing great levels of comedy and desire to reach the top which I found very entertaining. You're definitely Not the hero the people want, but one all the same to the great BunnyLord.

Not a Hero: Super Snazzy Edition Review on Xbox One
Review Code Provided by Team17