OlliOlli is back in OlliOlli 2: XL Edition pumping out a variety of new levels to skateboard in and additional modes to compete across. The core game returns with five worlds to compete in with each being much more stylized in both their backdrops and generally in the crazy designs of the levels. You'll be grinding or jumping over a number of objects or building while pulling off some mad tricks. It carries the same feeling of the last game along with the difficulty and I had actually forgotten how annoying some the levels can be to play, let alone get enough stars to progress. It's definitely a good challenge and it's great to see such a mix of levels for players to skate against. There are also just a ton of challenge levels to compete in, local multiplayer if you've got a friend to play with and combo rush where you're attempting to chain combos while being ranked against the best. Aside from that there's also the new FreeSkate mode where you pick a backdrop and just skate practicing moves or having a great time just skating along.

The game plays basically the same as the first one with just some extra tricks thrown into the catalogue. It would have been nice to see something else in terms of major movements, but it worked fine the first time so not really a necessary tweak. The art style is also much better in this one as the worlds were really beautiful and filled with great objects to maneuver through. The local multiplayer for up to four players is also a great addition for those that like to play with others on the same console so that was nice. The soundtrack was also solid for the game matching the intense tricks being pulled off in the foreground which was great. Other than that's basically the same sort of title gameplay wise aside from better worlds, crazy ramps and a solid array of new objects to skate across. 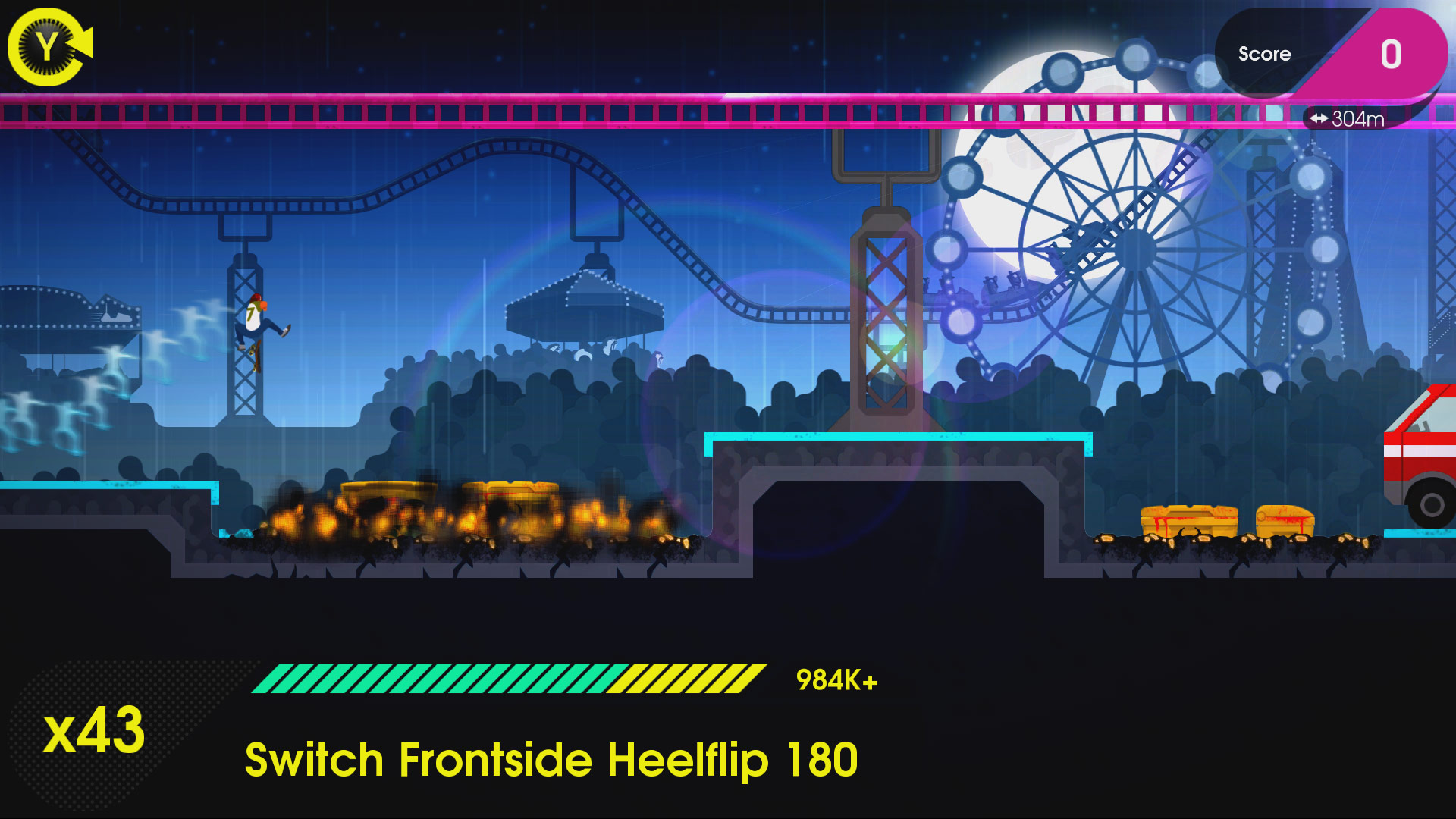 OlliOlli 2: XL Edition is a great sequel to the original simplistic title bringing with it a number of great new modes, local multiplayer and beautiful worlds to skate through. There's tons of content for fans of the first game as it's just an overall better experience. It's still somewhat difficult for regular players though the challenge is great and I'm sure better skateboarders will love grinding and popping off tricks in the new crazy levels. It's definitely just a bigger game with more modes and challenges to compete in.