Coffin Dodgers is a decent kart racing game based around a group of senior citizens attempting to best the Grim Reaper and death by competing in a Karting competition. The game is split into a number of modes with the core of the experience being the story. This was split into four sections each with three levels to race on and a final area that had a single long race. Each map took only a few minutes to complete so an alright amount of gameplay there. While playing you unlocked cash after each race which could then be used to amp up your scooter to either make it better for racing or pack a bit more power when it comes to taking out opponents. Aside from the story there were time trials to compete in for the best score; quick race, crazy Grandpa mode where you collect items in an open world and just free roam which opened up the entire town to just race around in. The final section was split screen as there's a number of players that still appreciate that option.

It's your typical kart racer featuring a number of wacky ways to knock opponents off their scooters whether that's with power-ups on the map or your built-in melee weapon. The driving handles alright though I had constant issues where I would bump things in the world that should be knocked down and sent back or stuck. The graphics left quite a bit to be desired as they weren't great and I didn't find the roster of characters that unique. Some of the tracks were interesting though they all felt about the same after racing through them all. I found the music to fit the settings well and it was rather general in terms of gameplay so nothing to really set it out. 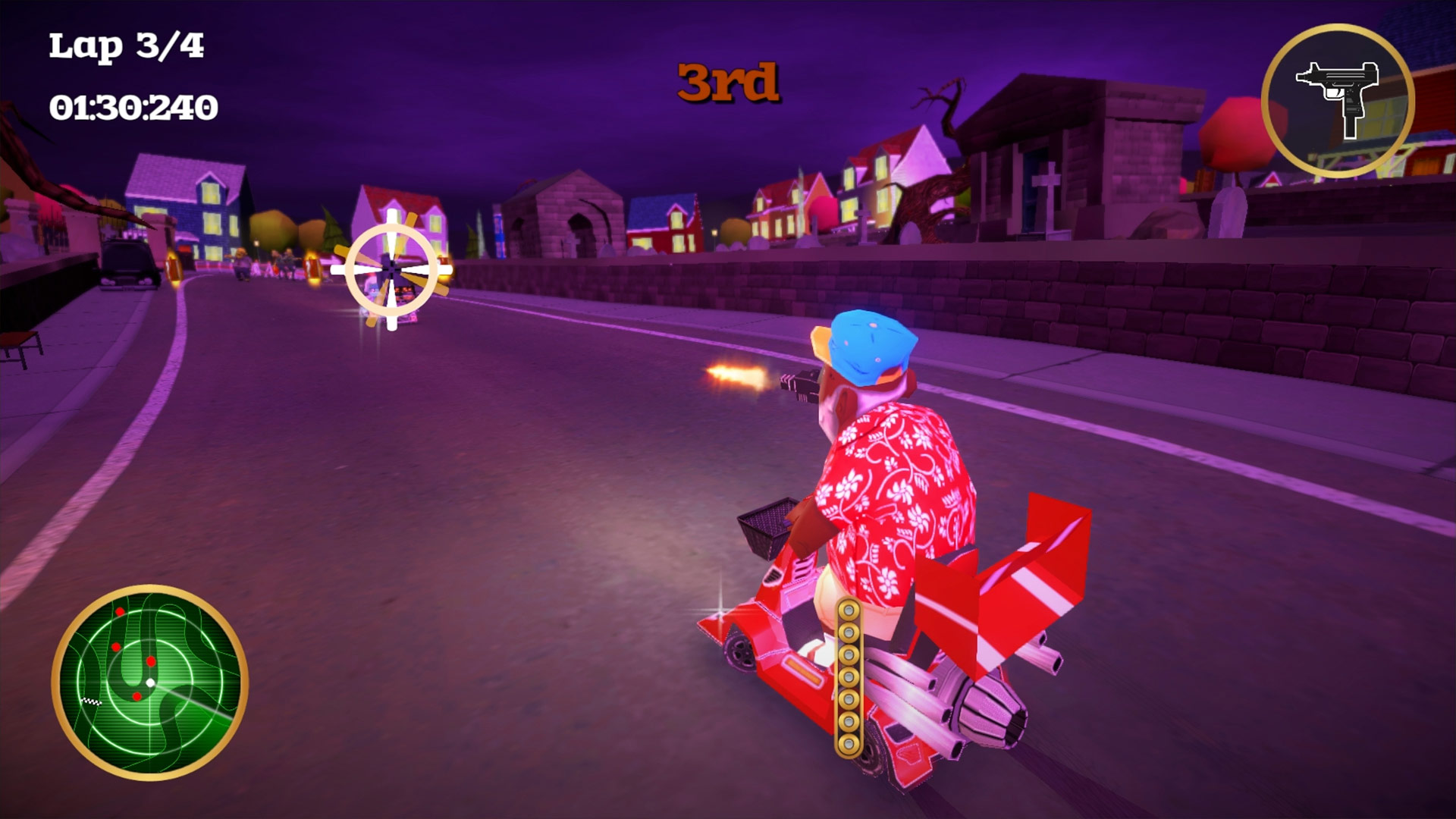 Coffin Dodgers was a really average kart racer with some graphics that felt as though they were from a few generations ago and some issues when actually racing along. It had some neat features and was generally fun though the story wasn't too developed when playing across what was a short story mode. It would have also been nice to have some online multiplayer to the game as the AI didn't provide the greatest challenge. The tracks were alright the atmosphere felt great though it didn't quite do anything too new and was just another kart racer to play for a couple hours.