Corridor Z is basically an endless runner game that's been adapted for consoles which is something you don't traditionally see. This is mostly because the games work best on mobile devices, but they did a solid job of converting that onto the console. The game is based around surviving a series of days with your three team squad consisting of a jock, a cheerleader and a marine so a fairly typical group in this sort of scenario. Trapped in a school your squad is looking for a way to escape so you basically pick one of the members and go for a run. There are certain goals that you're attempting got obtain each day and a number of bonus collectibles to pick up in the process. It mostly works well though the game can't quite shake off this free to play mobile feeling having a time wait on health regeneration for characters and that you can pay resources to keep running after being caught which felt strange. There's also an issue with repetition as you're constantly moving down the same hallways and pushing over the same items. While some variation does start to appear later on it still felt quite tiring to run by and push the same objects over to halt their progress.

While running it's essential to knock things down and this is down easily by just point in the direction of what's coming ahead. This ranges from air ducts above to shelves on the side and there are also bonus items to grab along the floor. These items are health items to build med kits, guns to fire at the zombie horde or collectibles. There are also resources to be found occasionally on the sides and these go towards weapon upgrades or new costumes. Running down the hallway is mainly about putting obstacles behind you as these zombies really move it and are basically never ending. You'll need to turn occasionally and if you make it far enough even face off against a zombie boss which are menacing. The game does look great to the point of it belonging on the platform, though there's just not enough variety while running. Your controller will also make noises occasionally to let you know what's ahead and while I don't like my controller making noises this was well done for those that do. 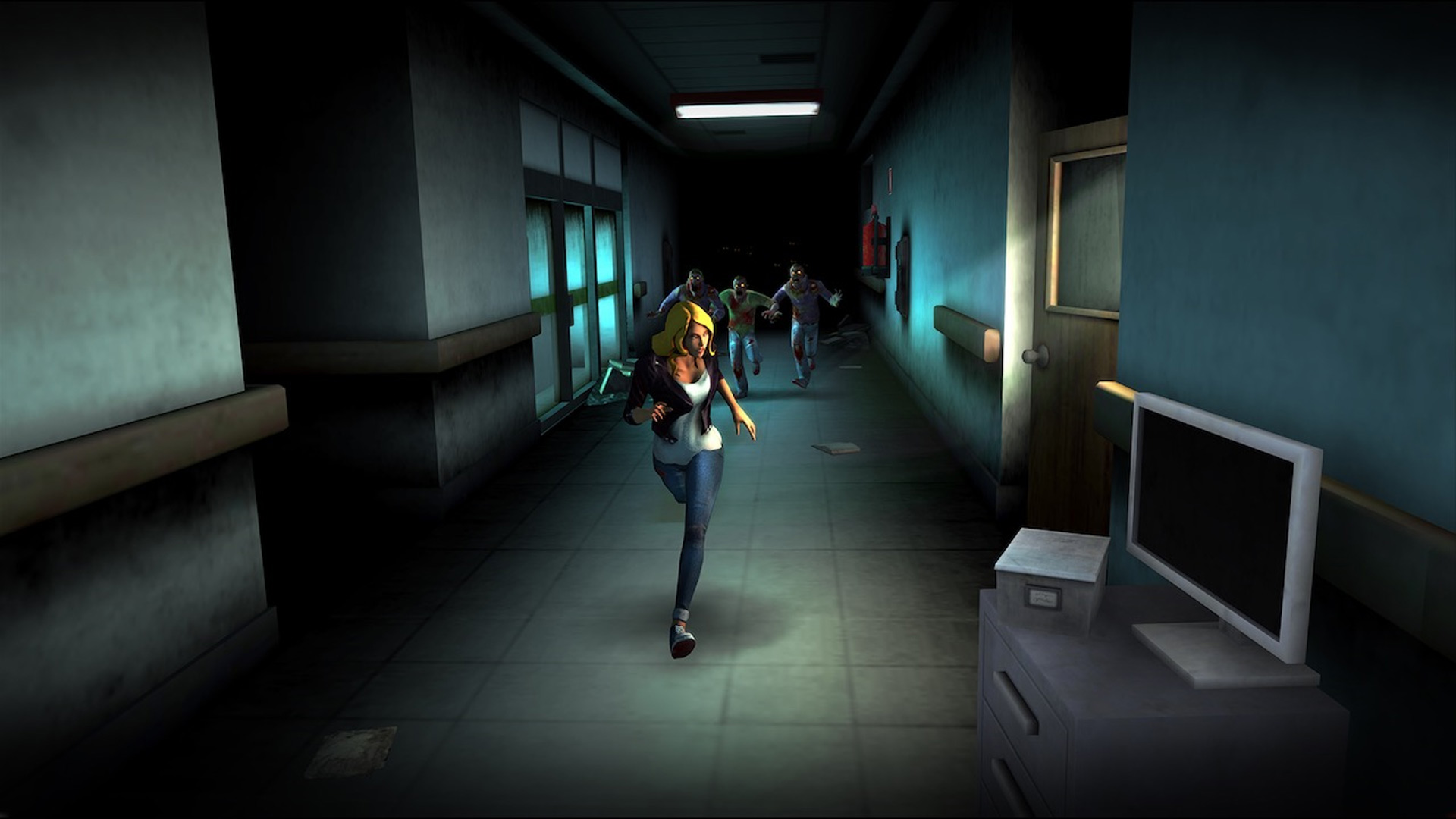 Corridor Z is a really well done endless runner and if you're looking for one it plays well on the console. I just had issues with some of the free to play aspects coming into this paid for title and the repetition within objects that you come across while running. It was certainly an enjoyable experience running from the horde and noticing some fear as they seemed to never end. There's also the element of testing your reflexes to move items quickly into the way of your pursers which was nice. Still, would have liked a bit more in terms of story and just a bit more content to it.