"The Long Awaited Return of the Chief"

After a few years of cryo sleep the Chief has been awaken to an alarm set by Cortana upon coming into enemy occupied space. The chief gets up getting a hold of the upgraded HUD and grabs a weapon preparing to take on this threat. From there a new story begins to unfold as you are viciously dragged into a Forerunner shield world of Requiem. After completing further tasks and exploring a little on the gorgeous world you will awaken an evil that even the Chief has never had to overcome, or well the Didact. Each of the campaign levels allow you to venture to a new locale taking on hordes of enemies that have been placed into differing squadrons for variety. It really is neat seeing how the new Promethean classes fit into the existing tactical balance, they are able to heal, protect or even regenerate each other. Mixed with the now savage covenant units they can be even more deadly. The campaign does mix it up quite a bit from the past experiences that has fairly length of about five hours solo dealing a heavy deal of cinematics that just have an all too real feel to them that is magical. Emotions also run very high within the story that will perhaps anger fans to some extent as it did me, but as a critiquing view it was a perfect way to start a new series that seemed somewhat to cut ties at the end. With the new enemy race also comes a set of highly advanced weapons that seem to sparkle as they build themselves into your hands, the new Forerunner weapon set is perfectly balanced into the mix of other weapons. It really is neat seeing them disintegrate the poor individual that becomes targeted. Alongside everything else there are a handful of new armor abilities that join existing ones that have been slightly modified. There some really cool ones like the incredibly useless Promethean Vision or the new Hardlight shield. From all those neat add ons the campaign will fulfill some of things you have always wanted to do, or well a few things I have always wanted to be able to do not spoiling anything. I do question the aesthetics sometimes though feeling they went for a more copy and repeat style for some levels compared to past Halo’s and their backtracking formula. Anyways it truly is a beautiful masterpiece that belongs well into the Halo series. 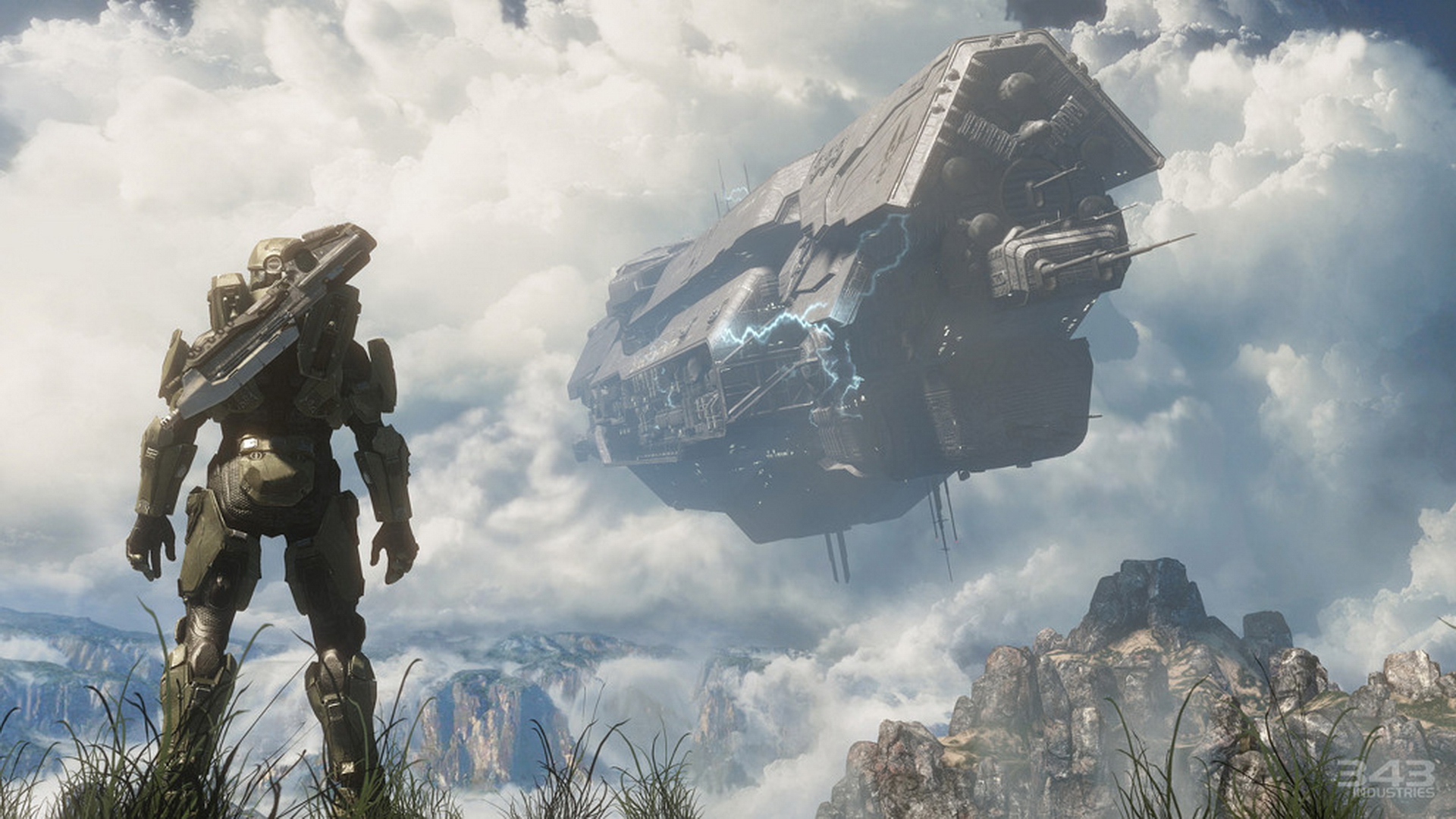 Everything in multiplayer is a simulation, it is all presented on the Infinity. It provides you with all the traditional play you expect, yet giving you an evolution. I will comment that the addition of highlighted weapons and hitmarkers is something that is rather strange. Feels almost too Call of Duty like in that instance, but it is still Halo. The gameplay is quite fast or feels much faster than the Reach with sprint being a standard. From there the gametypes appear to be evolved with some classics in their newer version, what is quite strange is that there is no overall objective playlist yet a series of differing objective playlists. Also join in progress is available which is not something I have to come in terms to yet. Weapons are well balanced as said before though I do question whether or not the Mantis will last very long being a slightly wonky machine. Drops which are earned through points actually work well into the mix adding an extra flavor. Maps will be iffy on how memorable they will become and vehicles are pretty much there except flying vehicles that are gone, well the Banshee of course is still there. Will also note that custom games are back, of course.

Bringing everything people want into a few differing maps designed specifically for Forge. There is the addition of dynamic lighting which is somewhat annoying when building maps. There are tons of new toys to play with along with existing ones and there is a much larger budget. From there we have small changes like duplicating or locking. I was a tad disappointed with the environments, but I’m sure everyone will enjoy them.

Bringing an entire new separate campaign Spartan Ops will extend the campaign each week with fresh new missions to accomplish. Welcome back for an extended stay on Requiem to search and finish off the remaining enemy groups to fully control the planet. Whether it be taking points of collecting objectives it is to bring an entire campaign comparable to the main story.

A fluent quicker Halo with sprint as a standard. That sums it up perfectly along with the additions of more aggressive assassinations and far upgraded graphics. Everything is connected through the upgraded settings for your spartan allowing all sorts of customizing and unlocks even adding custom classes. All sorts of options are available as you level across all the game modes although I am slightly disappointed with the lack of emblems available. It is kinda cool to change your pose to the extent available. Will question the inability to watch campaign footage in theater though I can understand that this is due to studio limits for time, would like to see it added in the future. Just so it known you will need to install a separate disc for the multiplayer chunk of the game. 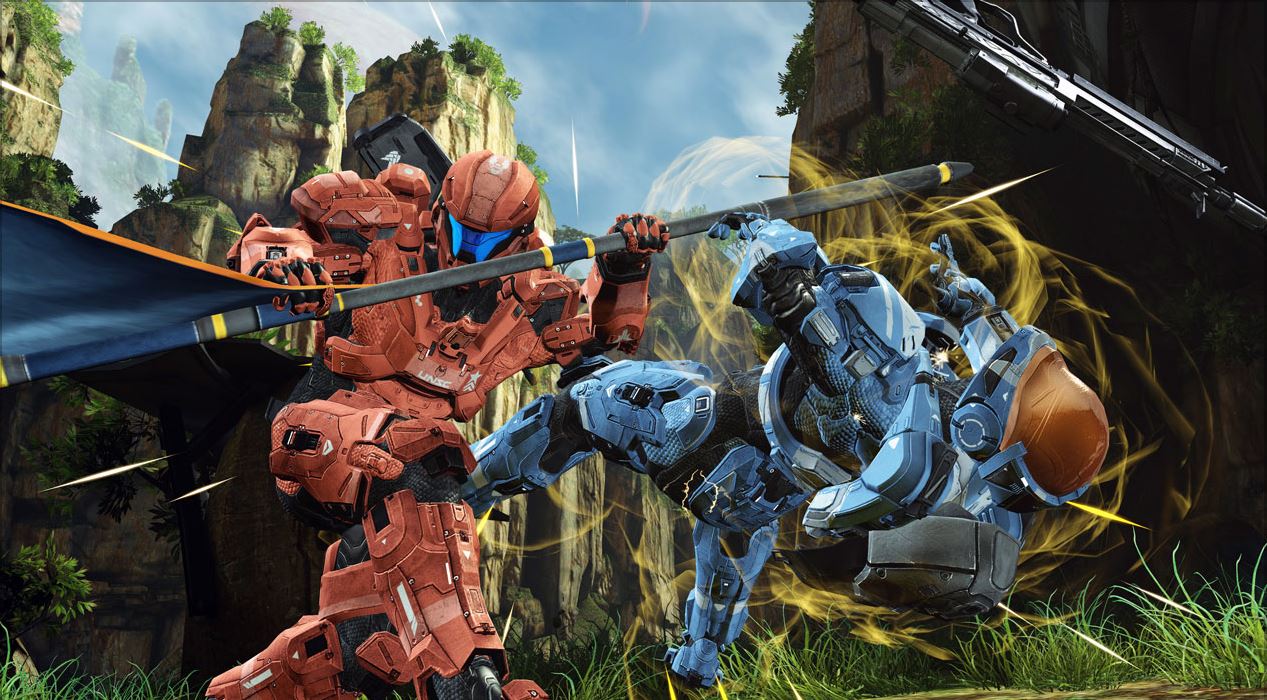 This is the next step for Halo, from music to gameplay and campaign everything has been evolved. It will be weird for veteran players to accept, but it is progressing in a good way. There are some major differences with the campaign having some interesting surprises. Everything for an upgrade to the series is here bringing small special things to be enjoyed. 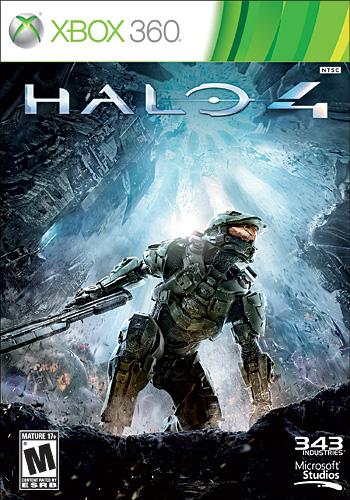