The Magic Circle is an interesting title that digs into the behind the scenes of game development and provides a satire look at the entire production. It delivers this in what's basically a walking simulator coupled with a few puzzles and a complete lack of direction. After being invited to test what's a game stuck in development hell with two individuals fighting over its direction you get stuck in the world. From there the game actually asks you to help it and you begin moving through the broken code around you. The world is a mess as nothing is finished so most of the game carries a very boring black and white design to it with only splashes of color. The core of game is exploring this world to fix things while there's a war raging in the background between developers and fans. For the most part the drama was alright, but it does get annoying about half way through and doesn't add a ton to the game. Aside from that a big aspect of the game is the manipulation of code in the game which is actually the most interesting part fo the experience. When changing the code you're able to edit creatures to do your bidding and give items properties to solve puzzles. This was great as I had a crew of zombies, a howler dog creature and a magical Mushroom guy so you could say me crew was quite something.

You mostly just move around flicking your wrists to trap things in a color of crack within the system. Aside from that you can kill yourself as well to enter a ghost realm in order to do things that aren't normally possible and just grab the life which acts as checkpoints to become a regular character once more. I found the editing code aspect of creating a group to be extremely well done though even that wasn't explored as far as it could have been. This was displayed very simply and yet somehow realistic in a list of abilities where you could swap out past taken abilities to edit them. 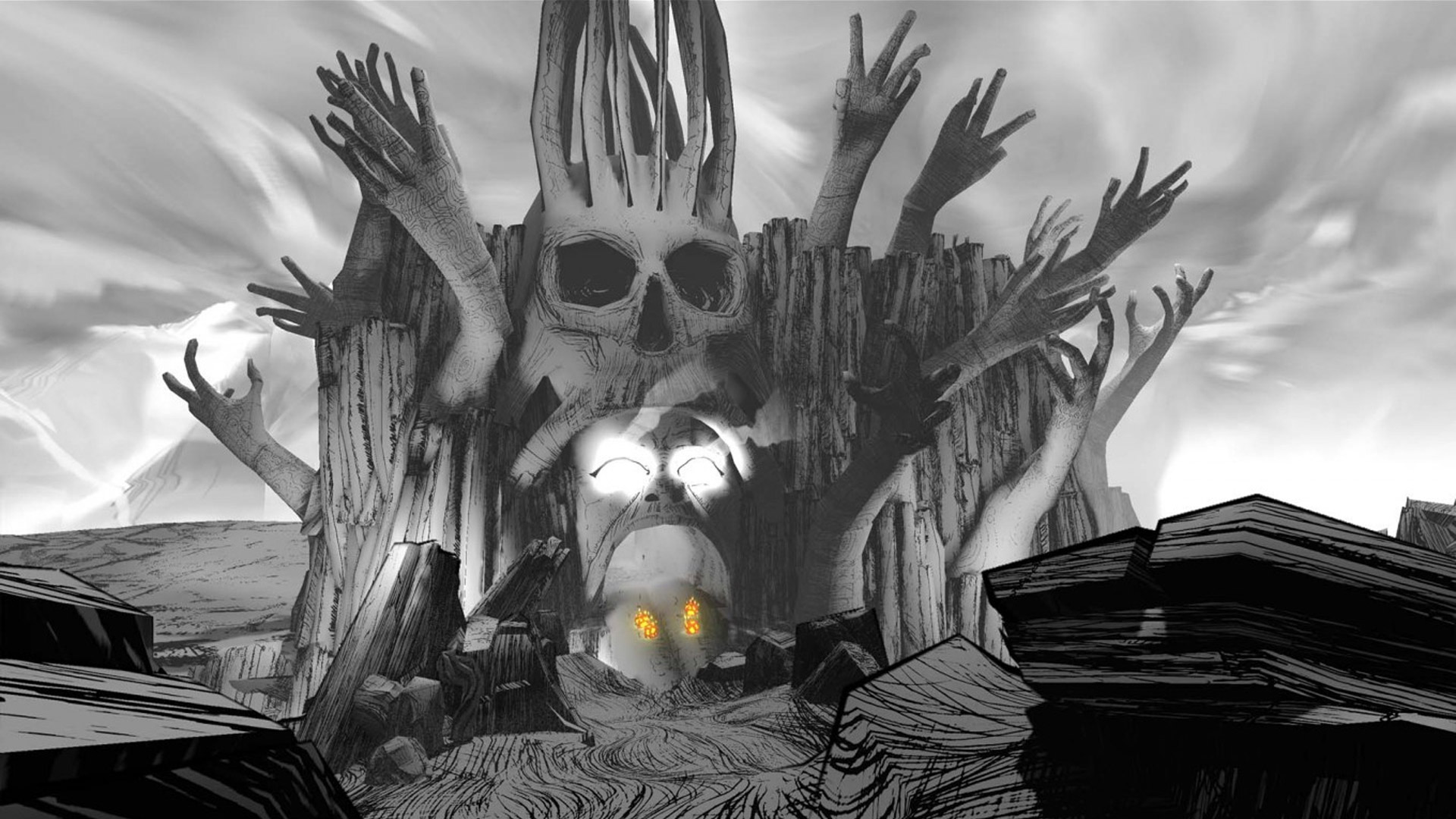 While I enjoyed the commentary that The Magic Circle provided on the developer side of creation, it was ultimately a very boring title to play. It didn't give much direction aside from throwing you out there on your own and I felt it should have been more linear like with what it starts out as. The world being largely void of color also didn't help as it was dreary place to explore. I liked that this was somewhat of a satire in an area only recently being explored in game development, it's just quite the boring game to play aside from the editing of your rag tag created team which was a well done mechanic.