The Park Xbox One Review

The Park certainly presented an interesting concept being a psychological horror game based around the thought of losing your kid at an amusement park. The whole desire of the game is to provide a number of scary moments combined with an eerie atmosphere. At the start of the game they suggest putting on headphones and playing in the dark for an optimal experience which I did when playing the PC version and without console with there being little difference. An incident has you needing to quickly check in with the front desk at this amusement park where you're well known to the manager and then your sun just runs into the amusement park and you chase after him. This largely involves yelling out his name with relatively no results and going on a series of rides which continue the story forward. The main character Lorraine searches for her kid Callum and begins to experience darkened moments along with some hallucinations while going through this park. The rides were mostly neat and alright to ride across though the game itself was incredibly short. I finished the entire story along with all the achievements in well under two hours of time which is rather short and this was while collecting basically all of the notes in the game. I did actually read through the majority of them and still somehow finished this quickly.

I actually did find the story mostly interesting with the continuous breakdown of the main character and the constant changes within her tone as thing progressed further. I felt these moments were strong throughout as I can appreciate the whole thought of losing your kid in this dark place. It also did a great job on covering certain aspects of mental illness throughout and dealing with some mothers that have issues after birth. Again, it all felt like this could have been developed much better in terms of taking the story out more or just making progression slower. Also towards the end I did find a neat small portion of progression as intriguing, yet that turned repetitive quickly.

The actual game mechanics are mostly centered around just walking along the linear path of the park and then taking a break to discover something. You can of course call out for Callum and the emotional connection there vastly changes over the course of the game. The character you play as also takes moments to monologue to herself sometimes with a strong head and other times rather aggressive in tone. The actual riding portion of the game was neat and well done, some nice quiet yet creepy moments on them. The world also looked really great visually though I did have some problems with slow loading for some of the further out areas and some minor problems with loading in close up textures in a couple areas. Ultimately I did find it to lo. The game did some good jump scare areas and some visually striking portions so that was good, but it wasn't too scary overall and more chilling of an experience. 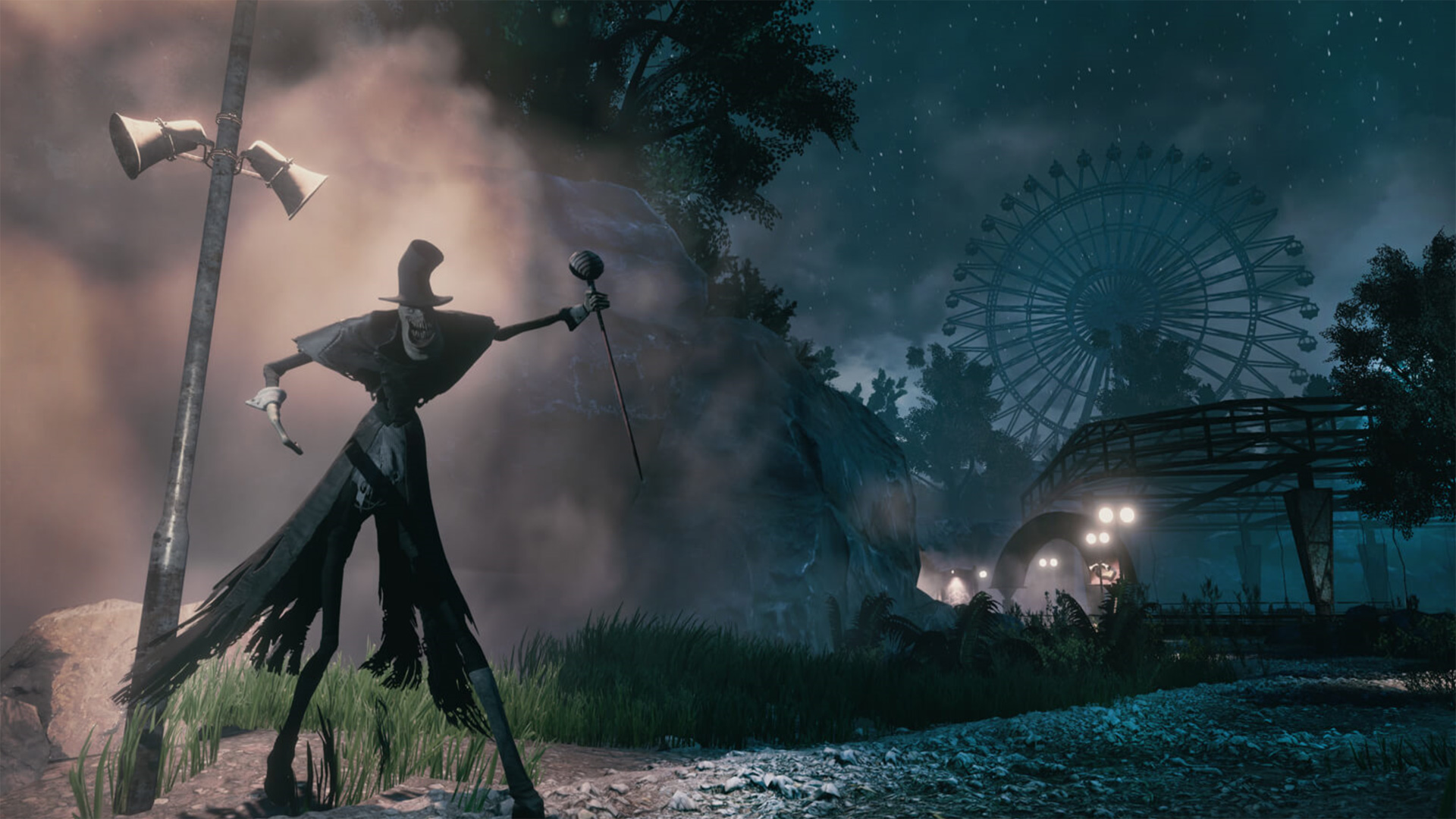 The Park was a decent experience though far too quick to really offer a solid experience. It certainly did look visually striking though that area of course wasn't very large as I finished the entire thing rather quickly and have no desire to playthrough it again. The concepts it dove into as far as mental psych and the issues that caused it were well done yet not developed enough to be truly meaningful. Another note is that this game is based within "The Secret World" which is another title from them and you get some bonuses for playing this game. Other than that I did get some jump scares and good moments of horror yet the length didn't create a lasting effect on me. Ultimately it wasn't that scary of an experience as I didn't have anytime to actually get into it at all. On the console it was about the same experience as I got playing it on PC as there wasn't anything new, but it's still a worthwhile game in the issues it goes over. Aside from that it's the length that really kills the game as there's a ton of potential there, yet finishe too early.

The Park Review on Xbox One
Review Code provided by Funcom