I missed the original release of Superhot on PC as I had desired to check it out on the consoles and I can clearly see where all the praise for this game comes from. In a very busy genre of first person shooters it's so refreshing to see titles try to be completely distinct and Superhot hits just the right notes. The game takes the concept of awesome slow motion and makes it the defining feature of the title.

Time only moves when you do so you're sketching around slowly while seeing bullets wave around you waiting for the perfect moment to strike. It also incorporates more than just guns as there are a number of objects to throw at enemies or even some melee options. The enemies are shown in a very stylized red glass look and it was fantastic to see them separate into shards with each devastating blow you delivered. The story was also very intriguing going over the idea of software in mind as one becomes addicted or caught into the system. This was very well delivered across a good length campaign. The missions are usually very short, with high numbers and the time you spend comes from how long it takes to complete each portion.

If you die you need to restart the level which is fine and it's almost puzzle-like in how you attempt to eliminate all the enemies. They also did a fantastic job of creating a wide number of sequences for your character to appear in and that was a lot of fun. After finishing the campaign you will also get access to endless mode where you just take on hordes of the enemies and there's a number of levels to play through there. Aside from endless mode to also have a challenge mode to see just how good you're at Superhot. 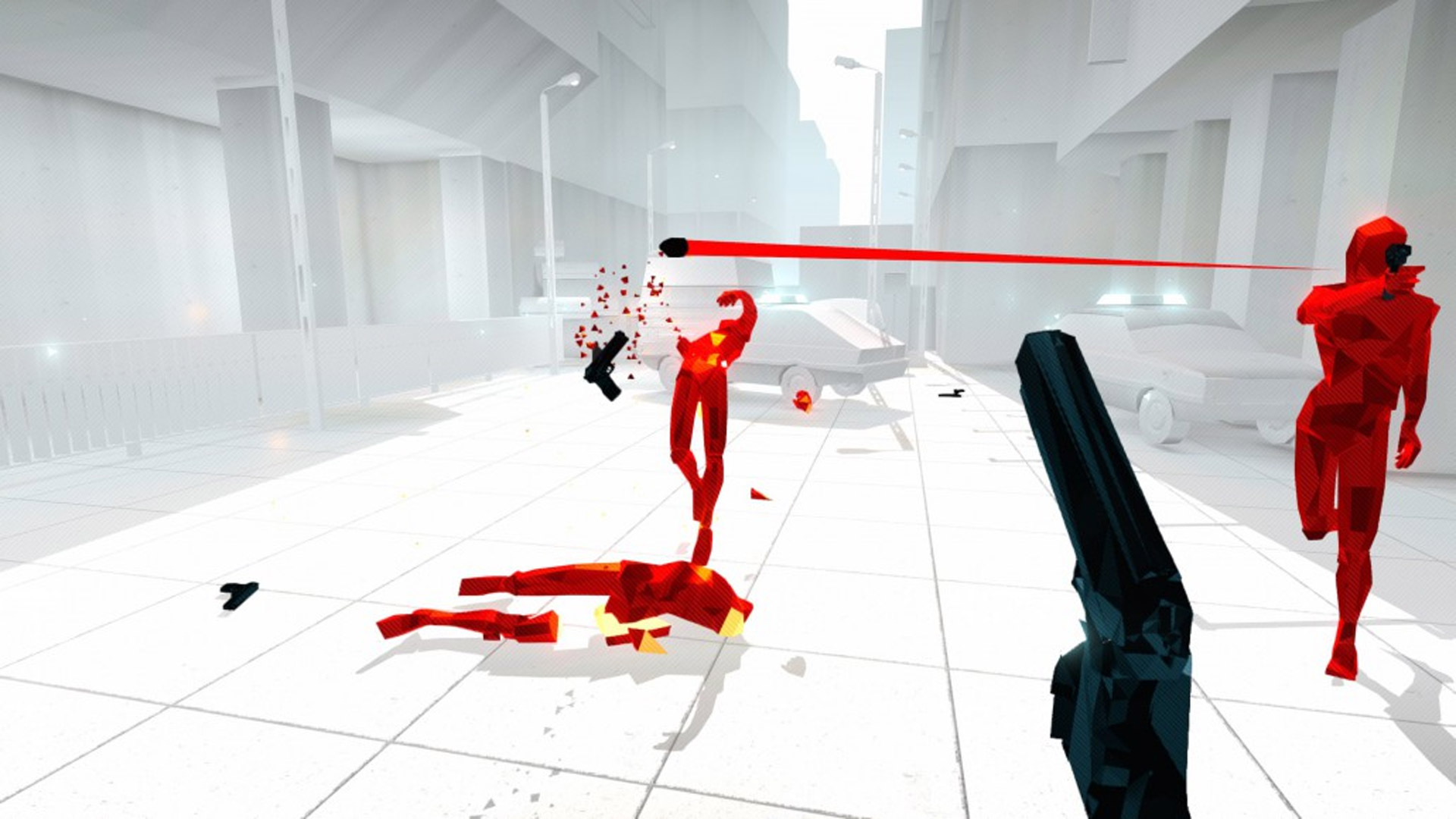 The game takes the typical first person shooter design, and makes every move in slow motion. It looks amazing carrying a simple white and red design which was truly breathtaking. This being that environments were pure white in look having great detail despite that and enemies being a hot red color. I was impressed with the amount of items that you could interact with in levels and the breaking particles of enemies. It's also got a nice program look to the menus which were well done and the way the story changed this portion was interesting. I found the game to be very playful as well in how it mocked you at times and the general direction of the game which was nice.

Superhot is a well done game that matching simple visuals with complex gameplay. I could see some getting quite frustrated coming up with the perfect way to do rooms, but the challenge is well balanced in this one. It's got a solid campaign to it with an interesting story and lots of additional content if you can't get enough afterwards. This is a really stellar game and I'm glad to see titles are still able to be completely unique despite being a part of a crowded genre of games. Superhot is definitely worth checking out as it's just great and I can't get enough of those shards that fly off enemies when I hit them, so satisfying.

Superhot Review on Xbox One
Review Code provided by Superhot