"Episode 3: What we Deserve"

With "What We Deserve" we've now reached the end of this mini three part series that follows Michonne during her adventures before meeting Rick's group in The Walking Dead comic. At the end of the last episode you were left with an interesting choice and everything moving past that point really hinges on the decision made there. Things are looking rather grim for the group as numbers have been dwindled and the remnants of a city are ascending upon on the mansion. While this was much more action packed of an episode in terms of sheer violence and quick button combinations it also had some balance with more emotional sequences. These were shown either with the current crop of survivors dealing with losses from last episode or Michonne coming to realizations about the hauntings from her children. It was rather tense seeing Michonne deal with her mental break down amidst all the combat and destruction that was going on all around. This was mostly well done though I still had questions left afterwards and felt it would have been better if they had dealt with this a bit more in the season through expanded sections. Not to say that it wasn't dealt with often as it did get a good amount of screen time, it just have gotten more dedication which might have improved the lengths of episodes. This was a continued issue I had with the season in that episodes were short being just about an hour and that was true in this finale as well. Being a small miniseries it didn't help that these episodes were short as we didn't get quite the character development that I'm used to from Telltale series.

The game takes the same cartoon, yet realistic look from all other Telltale series and presents a much more polished episode. It seemed void of the usual stutters and performance issues that have plagued Telltale games which was great as I could actually enjoy the tense animation sequences without freezes hindering the enjoyment. The gameplay is mostly cinematics with only a short portion being a character controlled area and that was just for walking around the mansion. The rest was just decision making with a nice small section of semi-controlled gun fire to take out enemies which was intense. The quick button selections were fluid this time and the action was at a higher than usual tempo. 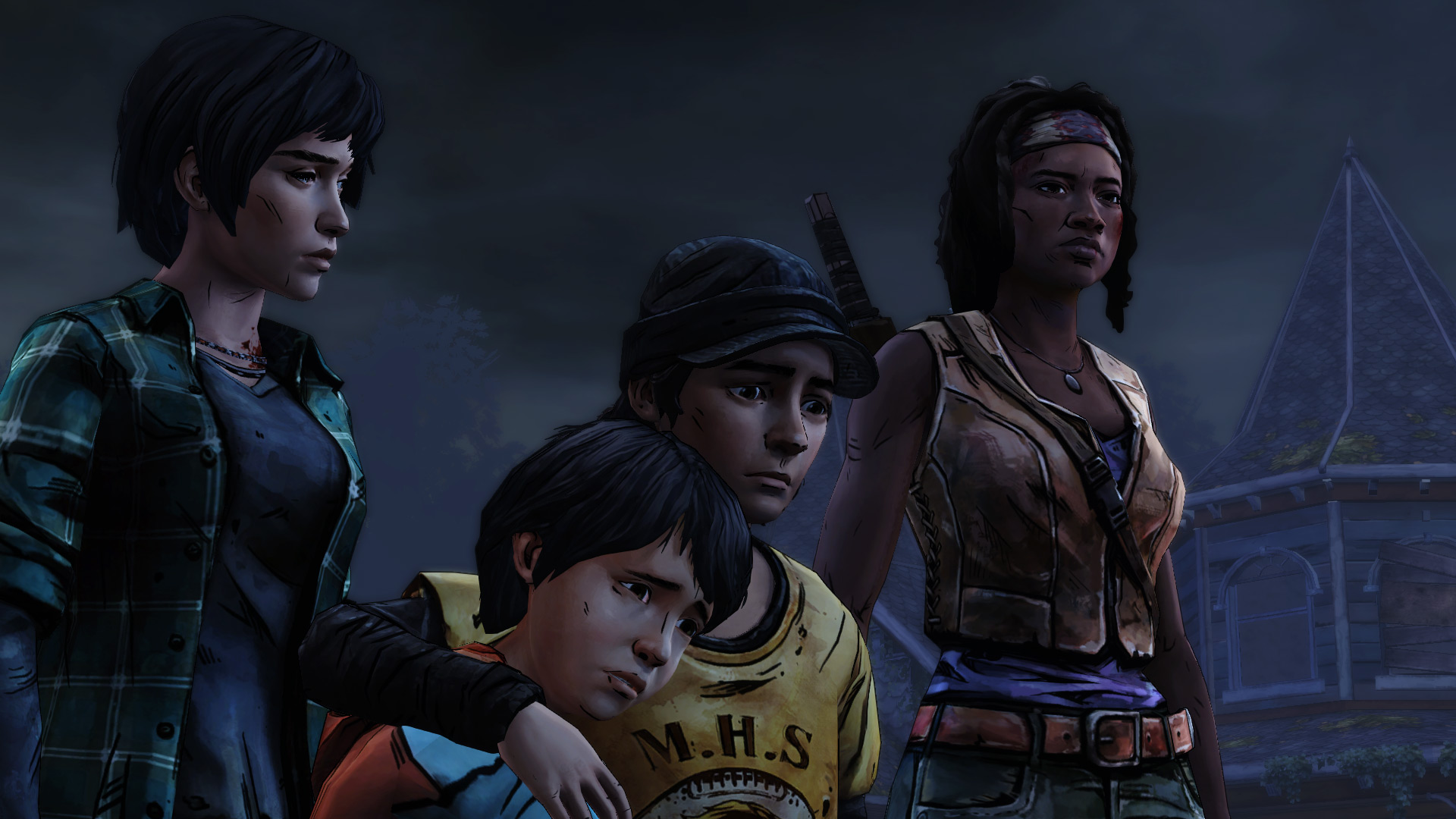 The final Walking Dead Michonne episode was definitely a great improvement over the first two episodes though it didn't fully redeem what was honestly a very average story. I enjoyed the higher levels of action presented throughout the series and particularly with this one, but that didn't create a more entertaining story. We did get a nice look at the background for Michonne and it can be easily played without needing to know any additional aspects of the character. I also liked the roster of characters that surrounded Michonne in this episode and hopefully we get to some of them again as we never truly got to dig into their backgrounds only having them around for a brief time. It's easy to skip this season and not miss much though it was a nice exploration into the titular character with some satisfying zombie slaying scenes. I was particularly pleased with one sequence that happened to one of the key characters involved though again I had issues caring about the deaths or choices I was making. This was caused by either the weaker story or that I didn't get enough time with the cast to grow any attachments to them.