Ori and the Blind Forest is the latest Xbox title to move over to Windows 10 with this definitive edition being available on either the Windows Store or Steam. Not much has changed aside from the addition of many details that you can grab from the original review below with this area discussing what's unique to the PC version. The first big aspect players will love is that the game features cross-saves so Xbox and Windows 10 owners can just pick up from where they were on either of their devices. The second big change is the support for up to 4k resolution which looks absolutely stunning. I had always dreamed of seeing Ori and the Blind Forest in 4k, with the Windows Store version of Definitive fast approaching I waited for it and this most certainly does impress. It has a large selection of resolutions for players to choose from and seems to run incredibly well though I will mention there's very few visual adjustments available so not a ton to tweak. This is most likely due to the game being almost a painting throughout so there aren’t really any visual aspects to adjust. The game looks wonderful and the definitive version is definitely worth checking out if you haven't played Ori before or if you'd like to have another go at the magical game. The game can be played well on either a keyboard or controller though I found once again that my controller was a bit better as I'm used to it and for platforms it's just easier. I'll also mention that in regards to achievements, this game shares its gamerscore with the Xbox One definitive version. Following below is a slightly tweaked version of my Definitive Edition review which goes over the changes between standard Ori and Definitive Ori. 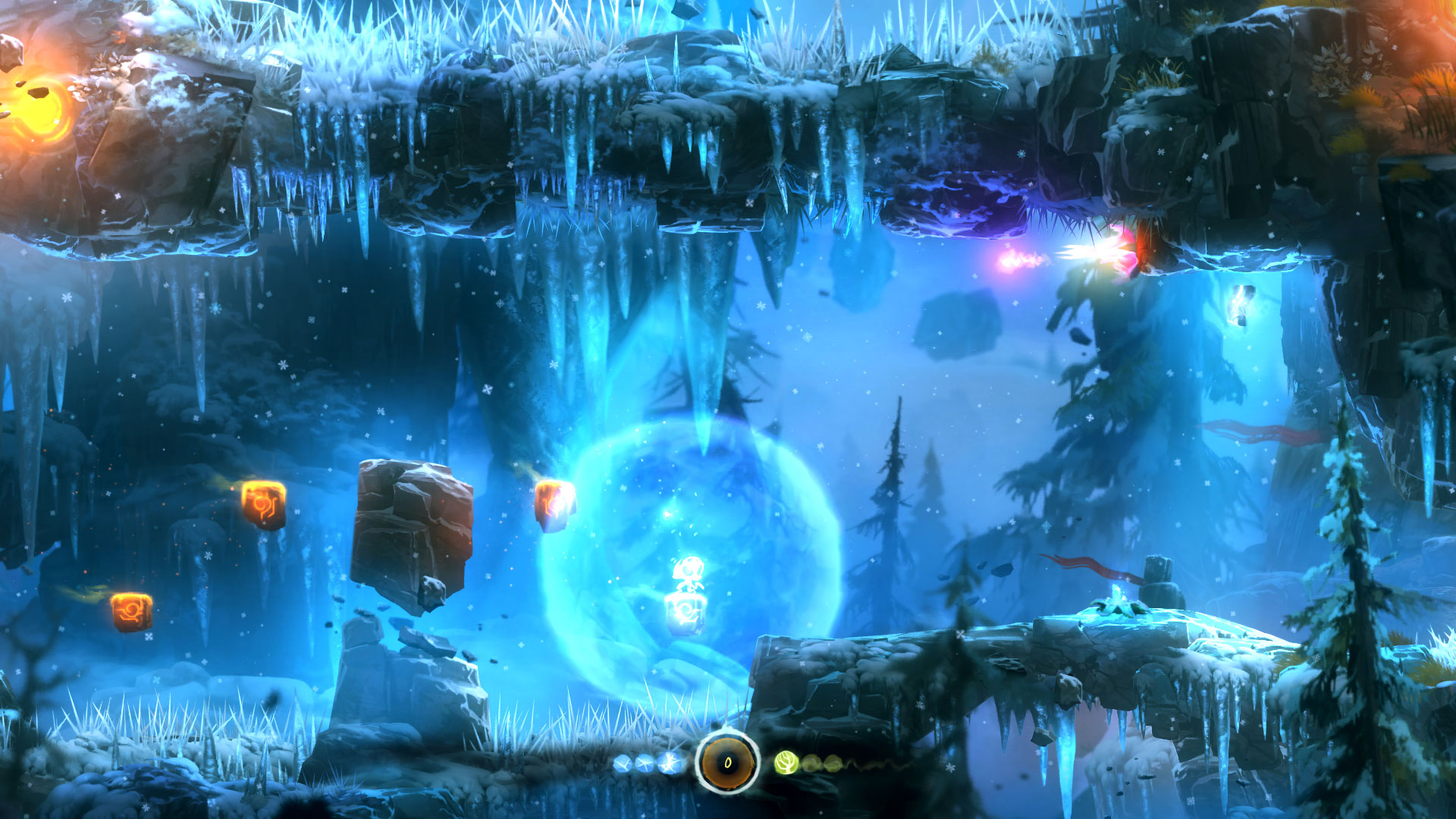 Original Review follows:
Ori and the Blind Forest was truly a magical game bringing with it a Disney style of gameplay combining hardcore platforming and cinematic glory beautifully. Only a year later we're presented with a definitive edition of the game bringing with it a variety of new features. The biggest aspect of this is a whole new area called Black Root Burrows which adds about just under an hour of gameplay depending on quick you're able to move through the game. Other additional changes include a variety of fixes; fast travel, two new abilities (Dash & Light Burst) and teleportation between spirit wells. The new area was decent in size and looked beautiful matching every other area in the game while requiring just a couple skills to tackle. The fast travel was well needed in the game so that was nice and the difficulties were also great making the game more accessible and less painful to move through. Playing the definitive version is a fresh start so it's required to work through the campaign for a bit in order to get the skills necessary to continue along. Aside from the new content the game itself is a truly a one of the kind experience for everyone to easily enjoy with the new difficulty settings. There are still some really frustrating areas within the game that are done in long sequences and many sections that require pinpoint accuracy in order to execute. This was something I had almost forgotten, but was faced with once again when working through this definitive version.

The game looks stunning bringing with it some of the most graphical dense and charming games ever created. It has moments of great triumph mixed with deep moments of sorrow. The controls are well done with everything feeling great, but the world presents very hard challenges for players to go through and this will most likely frustrate you. The world is also filled with a variety of extra health, mana and ability point power-ups to collect as well. These work in making your character strong to take on the challenges and to provide improvements for your abilities. The abilities offer mostly character improvements making you be able to move quick or destroy obstacles across the game. 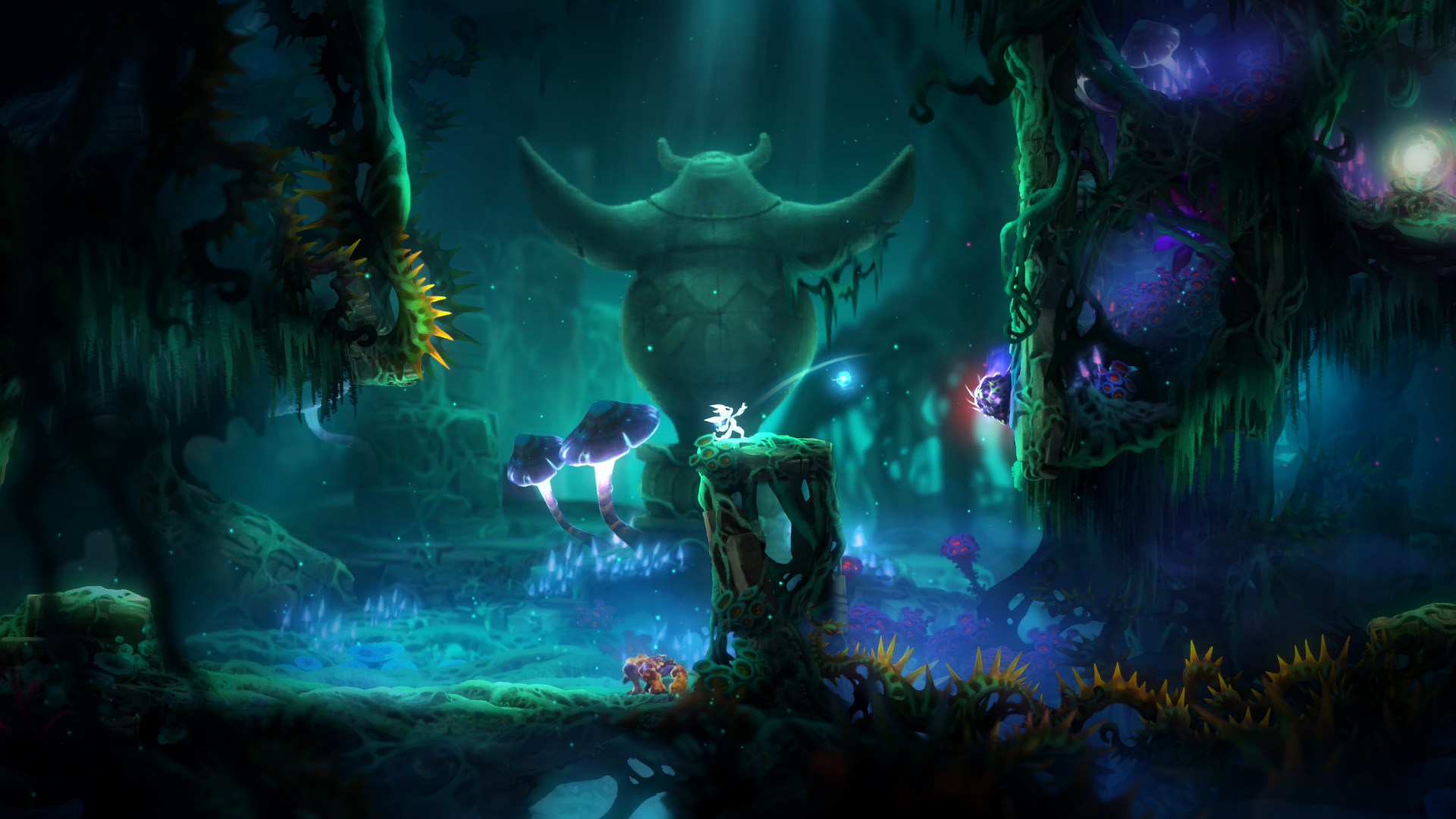 Ori and the Blind Forest is simply a stunning experience and the definitive edition builds on this core experience. It may be a tad soon for a definitive version of the title, but it does take great strides in improving the experience. If you've already played the core game then it's a cheap price to upgrade to the definitive and if the main game isn't something you've played there really isn't a better time to check it out. I enjoyed going back to replay parts with the lessened difficulty of the title with teleporting being an amazing addition, but the new area isn't that much of a draw to be honest. This is still a nice package despite some difficulty spikes across and the game is truly a beautiful game to play. With the Windows 10 version the game looks obviously much better than on consoles with the higher resolutions with 4k being an absolute treat to the eyes.

Ori and the Blind Forest: Definitive Edition Review on Xbox One
Review Code Provided by Windows 10