"Episode 2: Give No Shelter"

This is of course of the second episode in Telltale's Michonne spin off series and we get thrown right into the action after the first one. Not only has this series been much faster paced than previous content it's also much shorter than what I've come to expect from the company. This episode did do a good job of expanding the story along with adding in new characters which should be interesting aspects in the third episode though once again this series has fell flat. The performance of this episode was much worse than in other Telltale games which was disappointing and it kill tense moments with the screen chugging along. I'd like to say the story was much better in this episode, but in comparing quality this episode was worse in how it ran and how predictable moments were in the game. What was great amount the first two Walking Seasons were that each segment was long enough to build around characters and when I make choices that are supposed to be a big deal I don't care in this one nearly as much, I just act now which is disappointing. I did however like the action as it felt great moving quickly through zombies and the more tense moments were neat though nothing we haven't seen before.

The game takes the same cartoon, yet realistic look from all other Telltale series and presents a less polished episode. The performance of this episode with stalls was much worse than I've seen before and it felt like it was rushed out instead of being cleaned up for an optimal playthrough. The mechanics are as usual just occasional quick time events with buttons or moving the sticks and it plays out as an interactive movie basically. There were some minor parts of moving around freely, though these sections were very constricted creating more linear portions. 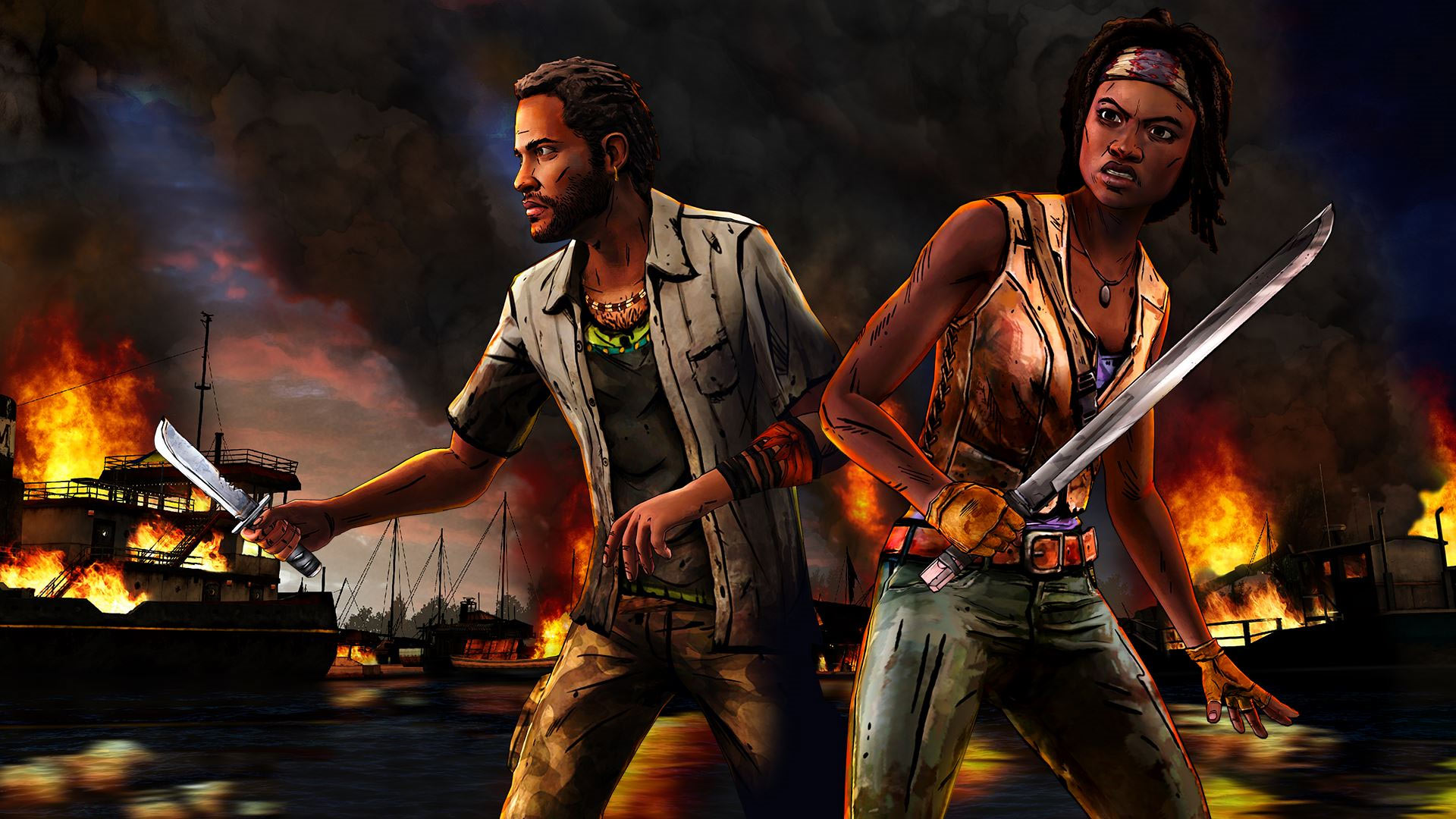 Telltale needs to get a new engine already as it was very bad in this one and that really hurt some key moments within the episode. I also find these quick episodes to not accomplish the same emotions or story that other episodes used to in The Walking Dead. To the side of that I loved the exploration of Michonne's past in this one as it was depressing to see the hurt in that segment, though we didn't quite get an resolution and I hope we get to see something as a sort of pay-off in the last episode. At the end of it I wasn't that impressed with this episode and found it worse in terms of quality compared to the first which was already average. I do truly hope that we get a solid finale for this series as the potential in story and location are great, it's just the execution that's very poorly done.