Stories: The Path of Destinies Review

Stories is an interesting take on the choose your own adventure or impactful narrative design in games. Initially you run through the game with a select list of choices to make after each level, but after the first completion it opens up. There's an impressive and vast selection of possible endings for your story to follow with only a select amount of them factoring into the final story of your choice. It's actually quite interesting to finish one area, learn a bit about the characters in the world and then continue with the knowledge minus what had happened before. The levels are mostly quick and linear in design, but also offer some variation in how you move through them as well to make each experience different. Everything you've earned in the previous story line carries over as well so you're constantly improving abilities and getting more efficient at taking on the crops of enemies. The story also had a fair amount of charm to it as well with some fun dialogue from the characters though I felt it wasn't the strongest of narratives as some parts just seemed to jump ahead instead of being developed properly across the playthroughs you do. I actually quite liked the process of creating your own story and it interesting to see how it all fit together across the many endings when it came to putting a selection of them together.

The game looks great, it's got a lovely cartoon style to it which looks charming and fits well. It's got a dark theme to it despite having a series of bright colors and charming characters. I felt there could have been more variation with the enemies though as you seem to just kill the same enemy constantly. They did look really cool and were defeated in some interesting ways, but still some differences in at least their looks would have been better. The combat of the game is rather simple in style, yet a ton of fun looking sleek in how the character reacts to each threat out there. There are also a number of combinations to create as you chain abilities together over time as you unlock more to throw into the battle. Aside from core levels within the skill tree you can also enhance your weapons with special collected gems or by creating more powerful weapons with the basic crafting system present in the title. 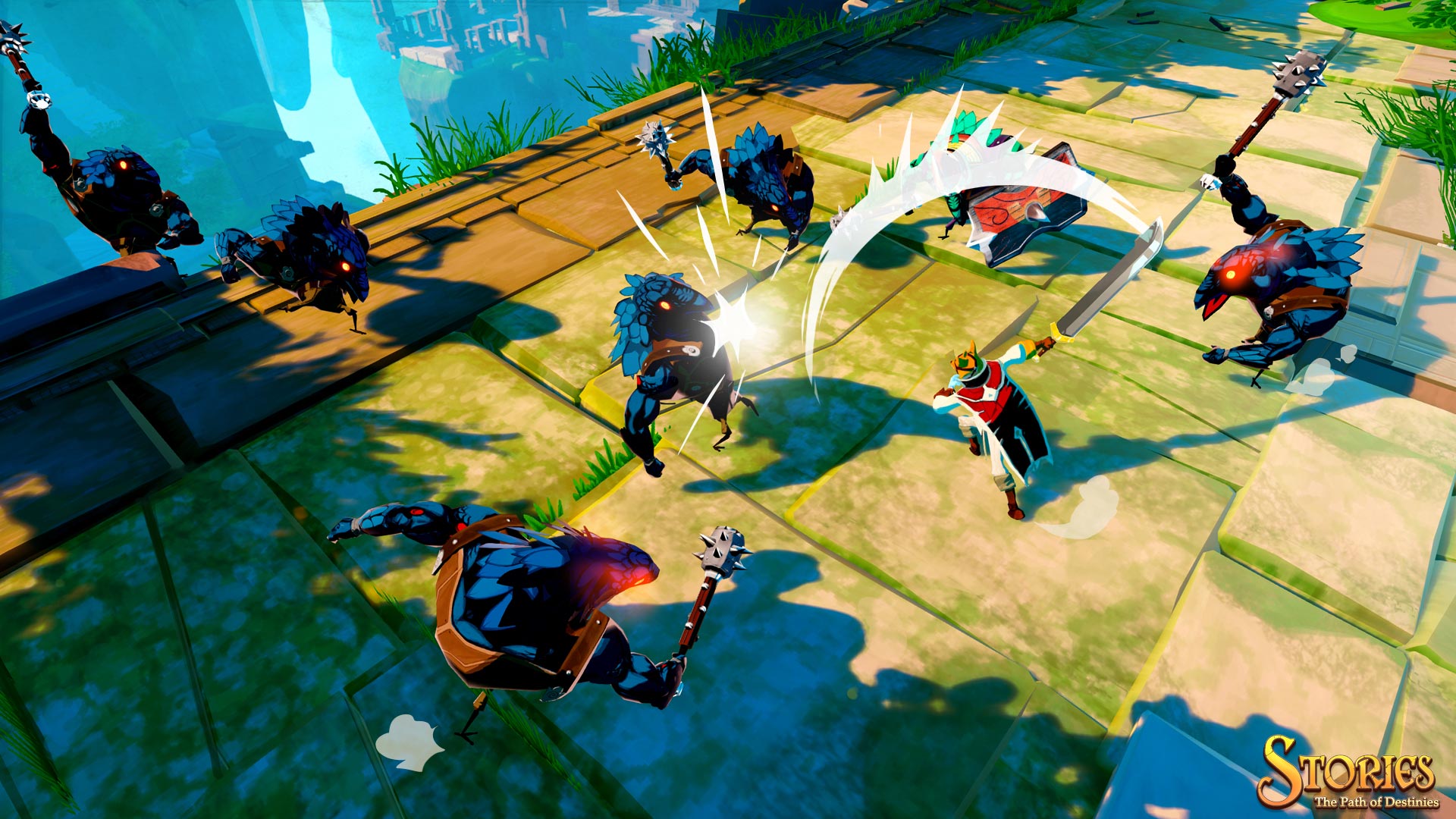 Stories is a great game that takes the concept of determining your own path in a game and having you rewind multiple times to put together the tales however you'd like. The game features a number of sprawling levels to experience with the choices you make. It all works quite well with some exciting combat and a variety of colorful worlds to explore. I did however wish there was a bit more to the enemies that combat against you and that the general story was formed better though still a well worthwhile experience with charming characters to match it.

Stories: The Path of Destinies for Playstation 4
Review Code Provided by Evolve PR