Despite being just a game based on playing a series of dodgeball matches I was pleasantly surprised with Stikbold! as it continuously came up with new ways to play and fresh bits of comedy. The campaign follows these two players on their way to the big match and the chain of humorous stories that follow between. This includes things like a run in at the beach with a pro or just taking on a group of local hippies. Some areas start off simple as you just battle it out in coordinated matches within the circle while others add boss fight aspects to the mix. These include things like battling stronger opponents or even mixed waves of people to take out. It also features great cooperative elements whether you're playing by yourself or with a local friend as you definitely need to pull together to survive. Aside from the campaign there's also a local multiplayer area where you can battle in free for all or together in versus matches. This area is nice and works well as a nice side area so I won't complain too much about it not having online multiplayer.

The game is very vibrant and full of enchanting colors across a wide variety of environments. There humor is also great with some good chuckles thrown in there and it's appropriate for all ages with somewhat muffled commentary which worked well for the type of game. The cinematics looked good and the entire game kept the same art style throughout which was nice. The controls were also simple having you just throw, shove or pass the ball around in order to work against the enemy dodgeball players you were competing against. You can also find a number of environmental hazards to use or special items that change from level to level. 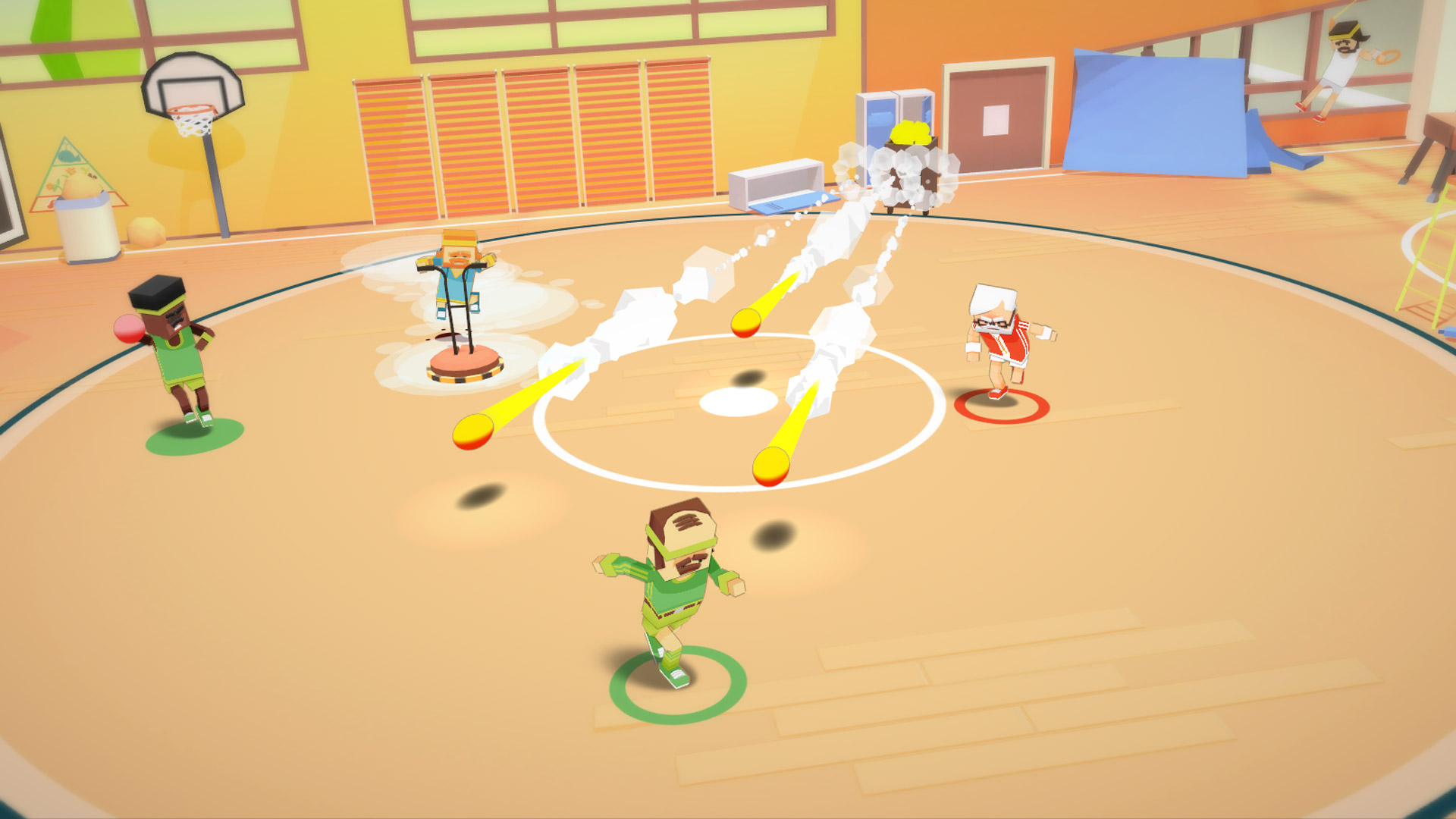 Stikbold! was a great dodgeball game that took a simple sport and created a fun campaign around. There's a great quantity of levels present that can be played in single player or coop with well design team functions. It's got some good humor to the game as well which should make the campaign that much better. There are also some solid local multiplayer areas to battle in if you'd like and have the players to do so. It's definitely a Dodgeball Adventure and Stikbold! is a great title to check out with charm and art to match.

Stikbold! A Dodgeball Adventure Review on Xbox One
Review Code Provided by One PR Studio