Adam's Venture follows this young adventurer across a number of locations in the 20's along with his helper Evelyn against the evil Clairvaux company. This involves you solving a large assortment of puzzles across a number of interesting environments. It carries the adventure game style well and feels similar to Tomb Raider and Uncharted in a sense. I would go as far as calling it a second rate version of those which isn't necessarily negative, but it's not at the same levels as those two though very comparative. The game is split into a number of chapters which each function as separate entity or location that's chained together for the overall story. As Adam you'll explore deep caverns filled, ancient tombs and security guard filled locations in your search of adventure. The story was decent enough though I did find the gameplay didn't carry the same tone being boring at times with a slow pace. It didn't help that some checkpoints could have been better as I'd need to hear dialogue over again which is normally fine, but most of my deaths were caused by awkward mechanics and some glitches in the game. This also lead to some rather long loading times and I wish those could have been quicker considering how often it needed to load chapters as each portion wasn't long. The environments were mostly linear with some path splits though these just met up with each other so you'd need to play both regardless. The puzzles were never too difficult aside from the design of solving them with rotating being a pain at times. Still, there was a good variety of puzzles being presented that offered different challenges so that was appreciated.

The game plays in a third person style with Adam mostly running around areas and occasionally using his grappling hook to swing from place to place. The grappling hook mostly worked well, but in general the game felt a bit choppy in character movement against the environment and that could have been smoother. It might have also been nice to have some sort of hint system or directional assistance, I never got lost or had too many troubles but I imagine some might in these types of games and it's good to have something there for that. The puzzles were interesting providing a decent challenge whether that's moving through a maze, tweaking switches or maneuvering the environments. There were also some interesting mine cart sequences and I felt they could have been a bit more creative with that aspect. 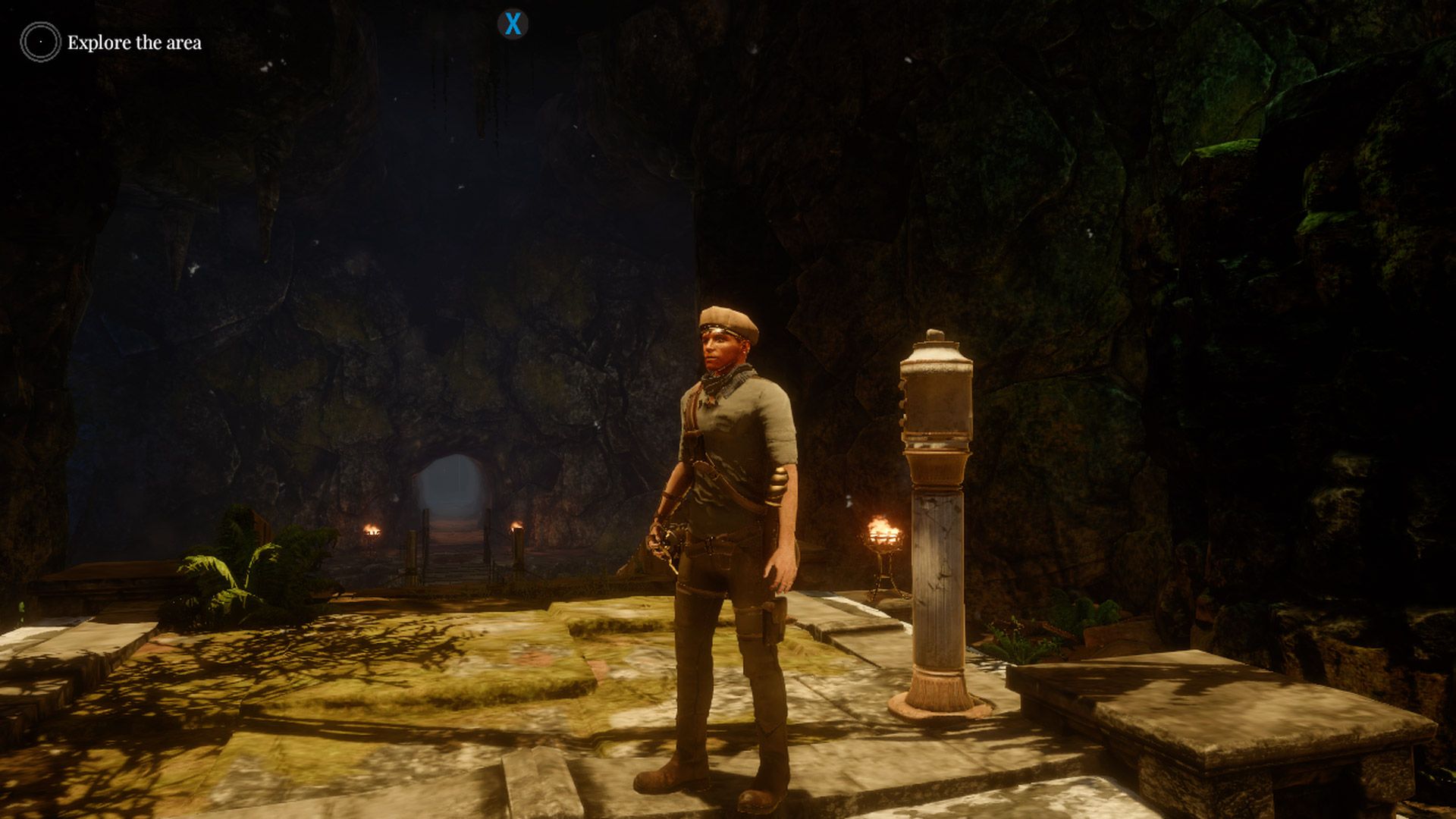 While I may mostly sound negative I'm simply critiquing a number of aspects that came up while I was playing the game. It's actually a solid effort for the digital platform and it provides a good few hours of gameplay to enjoy which of course depends on your ability to solve the puzzles. It had some awkward elements to it, but it was generally enjoyable aside from being a bit slow in pace. Adam's Venture fits well into a genre that's seen some big hitters recently and fans of those games might find this title as an interesting side adventure to play.