Skyling is a lovely little puzzle game done in an isometric style that has you moving around various blocks in the sky to cleanse the garden. The garden itself has been stricken with destruction by the awful monsters and as the last Skyling hanging around you're trying to take it back. It's got a simple design to it having you just move from block to block healing the garden and mostly staying away from the monsters. You can however grab a friendly cat to act as a block from the enemies or take out certain ones by picking another on of them up and throwing them at each other. The game is split into thirty different levels and you never get hung up on any of them as the completion of the first three unlock all the other levels. So you can just jump from level to level without having to worry about beating one you might find difficult. There's also a good amount of variety within the levels and they each provide unique challenges which was great. You'd constantly need to adapt to the spaces you're moving through and the enemies that reside within those spaces. Nothing was too difficult to complete, but there was a definite variation in difficulty for some though that's part of the challenge is solving them.

The game is very simple in design having you hop spaces to clean them up with enemies working against you either being in your way or wrecking the garden you fixed. Levels also each have a star system to them based on points with how many apples you collect from the cleaned up gardens accounting towards that. It's also a bonus to save a kitty if you can on your travels and that adds an extra layer of sorts to the leaderboards area. While the game may be simple, it does have great puzzles to it as you attempt to clean the board up and death does have a harsh stake of having a level restart. This wasn't so bad, but after a few minutes of moving around it could be annoying. I also loved the art of the game as it was soft and easy going with some nice background music to match. 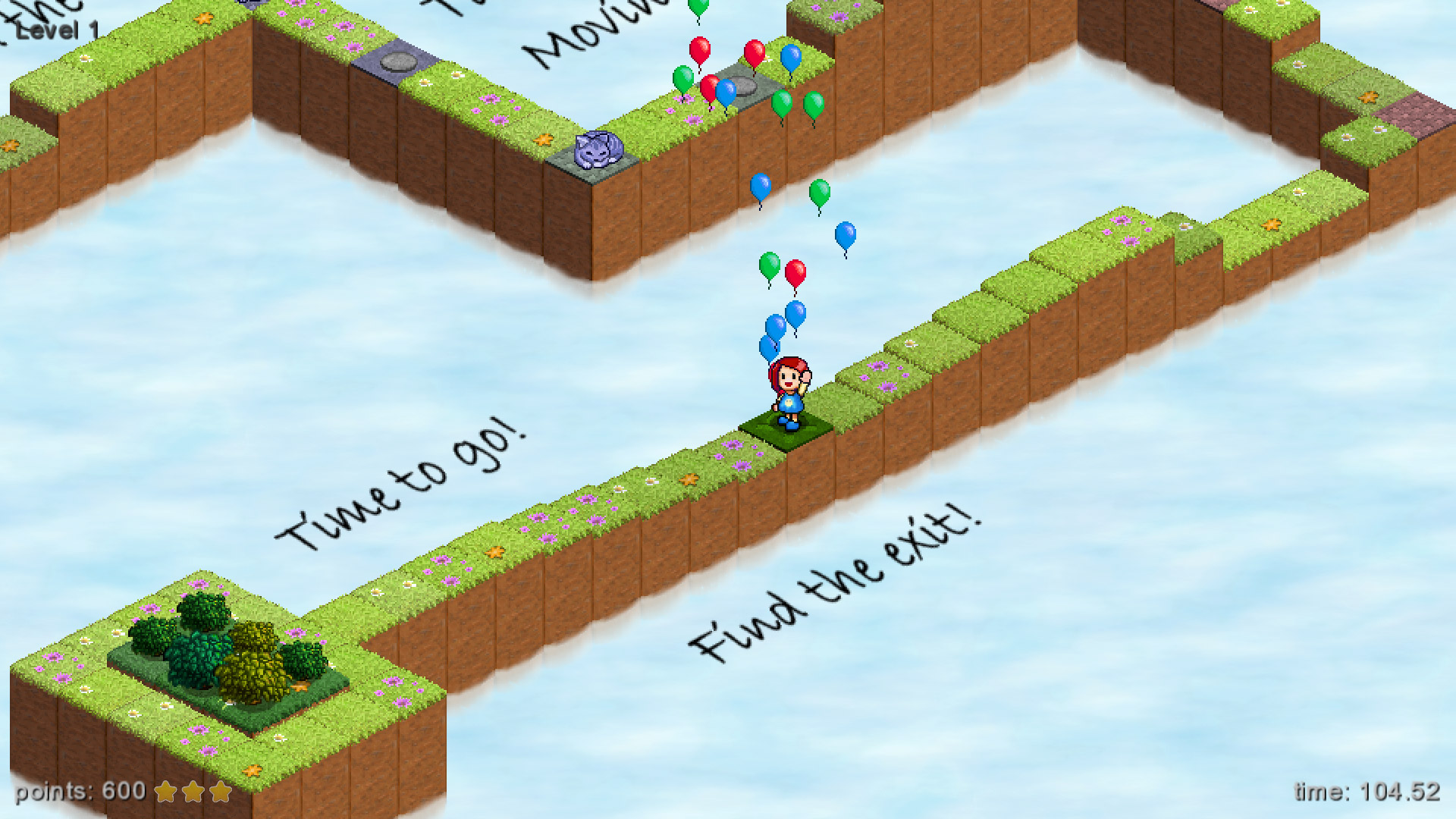 Skyling: Garden Defense is a solid smaller game which was lovely to play and featured well done levels. The puzzles presented a decent challenge and there was a fair amount of them within the game to provide a decent experience. For those that want a nice little game to play every once and awhile or just burn through then this is definitely perfect. I quite enjoyed the title and felt it was a nice game with enough challenge to make it a worthwhile experience for all ages to enjoy.