Soda Drinker Pro was actually a title that I had been waiting to play for quite awhile since its initial announcement for the console. This was mostly because the thought of using the Kinect with virtual soda drinking might be great for a good laugh and such. Move forward to now and this sure did disappoint on I believe every single level possible except for the Kinect controls. I was actually impressed with how the Kinect work as you could just drink soda like you would regularly, but this neat feature doesn't save the regular game for just how purely awful it is. The game was honestly the worst experience I've had this entire generation and I played little over an hour on it before just giving up. At the start I worked through the levels actually collecting the various bonus sodas lying around and in about twenty minutes I gave up on that to start doing 360 soda drinks with brief glances at the screen to see what was happening. Even at this point I feel robbed of my time and that's something that never happens when I play games. I play a ton of titles in a given year and I've never had this intense of a dreadful feeling about gaming. It doesn't even resemble a game at all, even in what I would consider a satire attempt. The rooms are just squares with minor variation with graphics that look worse than the start of 3D gaming and ugh the audio about sodas never ends. There's however one redeeming factor which saved the score on this game a bit and that was a secret area in level 2. This teleports you to another mini game like space that is massive. I honestly would have rather had this be a game on its own as it's a ton of quick mini games of wild happenings. It's crazy, moves quickly and was quite something to play in that I enjoyed this area.

You basically move around the most dull rooms imaginable holding buttons to drink the same soda. There were some creative places to drink soda and I'll give them that they were creative in that regard. The Kinect drinking soda controls were well done and appreciated though the regular game is just boring. That's all there's to gameplay for the most part, it's like a walking drink simulator. 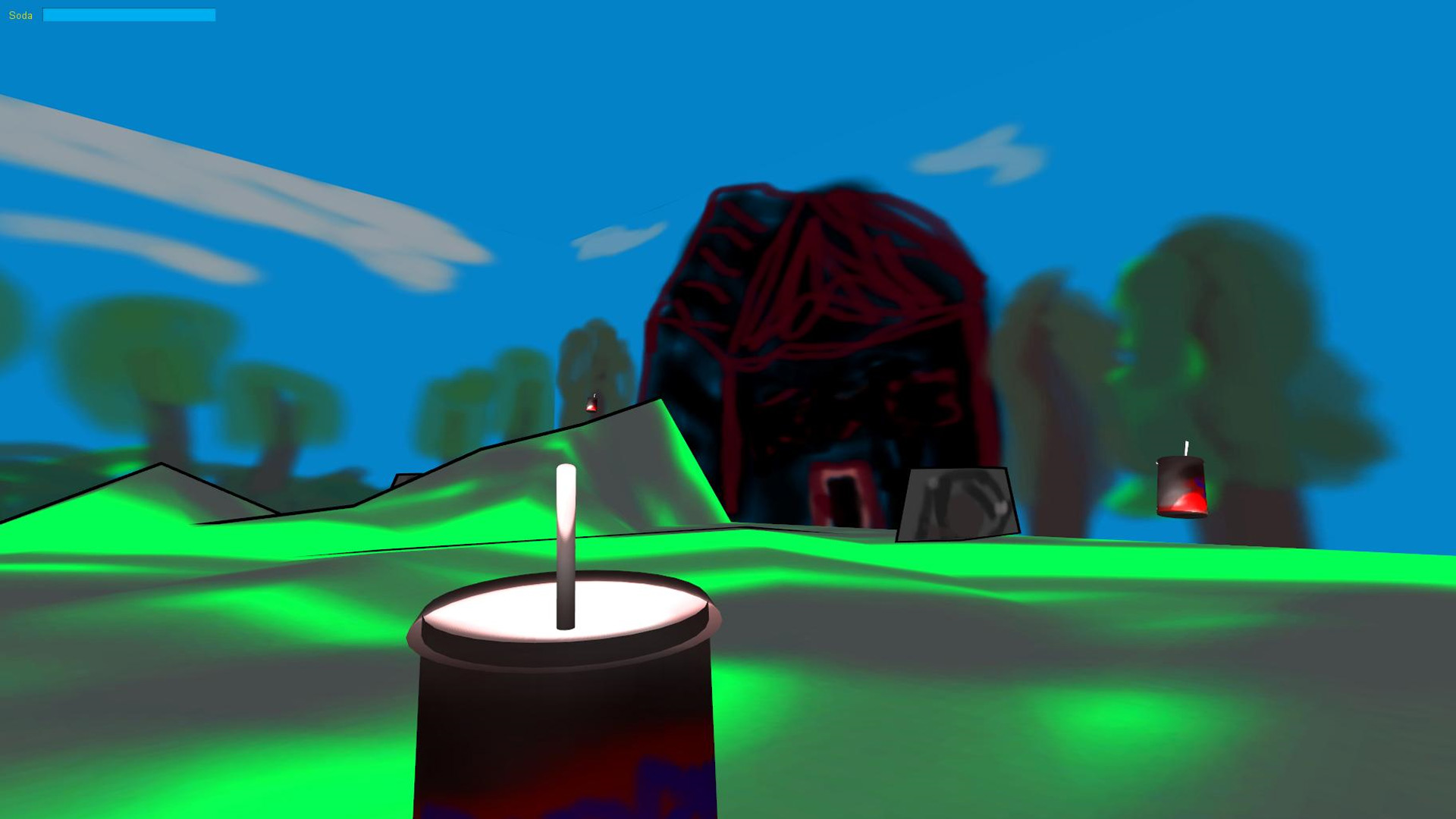 This is by far the worst game I've played on this generation of consoles and I didn't find it slightly entertaining for even a satirical sense. The graphics, the audio and the world is just purely awful with only minor redeeming qualities that didn't make up for the lost time I had even playing a bit of the game. I'm being quite brutally honest here and I try my best to enjoy all the games I receive to review though Soda Drinker Pro is not something I wouldn't even remotely suggest experiencing. On a side note the Kinect controls were well done feeling authentic to soda drinking and I actually quite loved the little side area found on level 2, it was a trippy yet lovely side area.