"Swing and a Meh"

This is the third entry in the rebirth series of RBI Baseball and it's a series I actually somewhat enjoy just for what it is. The game is a nice arcade baseball title that doesn't take things too seriously however I still expect a certain amount of evolution each year for my sports games. I understand with the small development cycles involved in sports games that changes are minimal to a degree, but many of the issues that are very blatant from RBI 14 are still present which is ridiculous. Not only do I have a problem with this, but they have also increased the price of the game by 33% this time around and the upgrades do not warrant this increase. When loading up the game it definitely has a better presentation to it with some better looking menus and even your first match you can tell that the graphics have been improved to some higher resolution textures. It's just once you get playing that at its core the game has not improved, pitchers and batters still slide around to hit the ball which is odd still. The crowd is a bunch of paper cut outs, there's an awful bit of lag that appears more frequent in this one around the batters plate and the AI seems more dumb than before. This is apparent when trying to throw the ball as sometimes they just seem to freeze up and other times the ball ends up at the wrong plate. Those major issues aside the game features an exhibition mode for quick matches; a full season mode, play-off mode and online multiplayer as well. The season mode finally has the addition of simulating matches which is a welcomed feature and some more customization options for how the season plays out.

The game plays about the same as last year with AI that's slightly less competent out there and smarter AI at batting. There were some improvements to how the characters move when playing defensively, but this translates to massive swan dives constantly which is hilarious. I found that general gameplay didn't change much as far as batting or pitching and just saw some minor improvements to how the AI responded to some situations. The arenas are also much better looking with some better visuals in the backdrop to make it look realistic, but the fans are just paper cut outs which is again sad. The game does generally look better as I wasn't sure at first and checked the other two versions to make sure. This includes most aspects from the grass to the players and the better resolution of graphics. 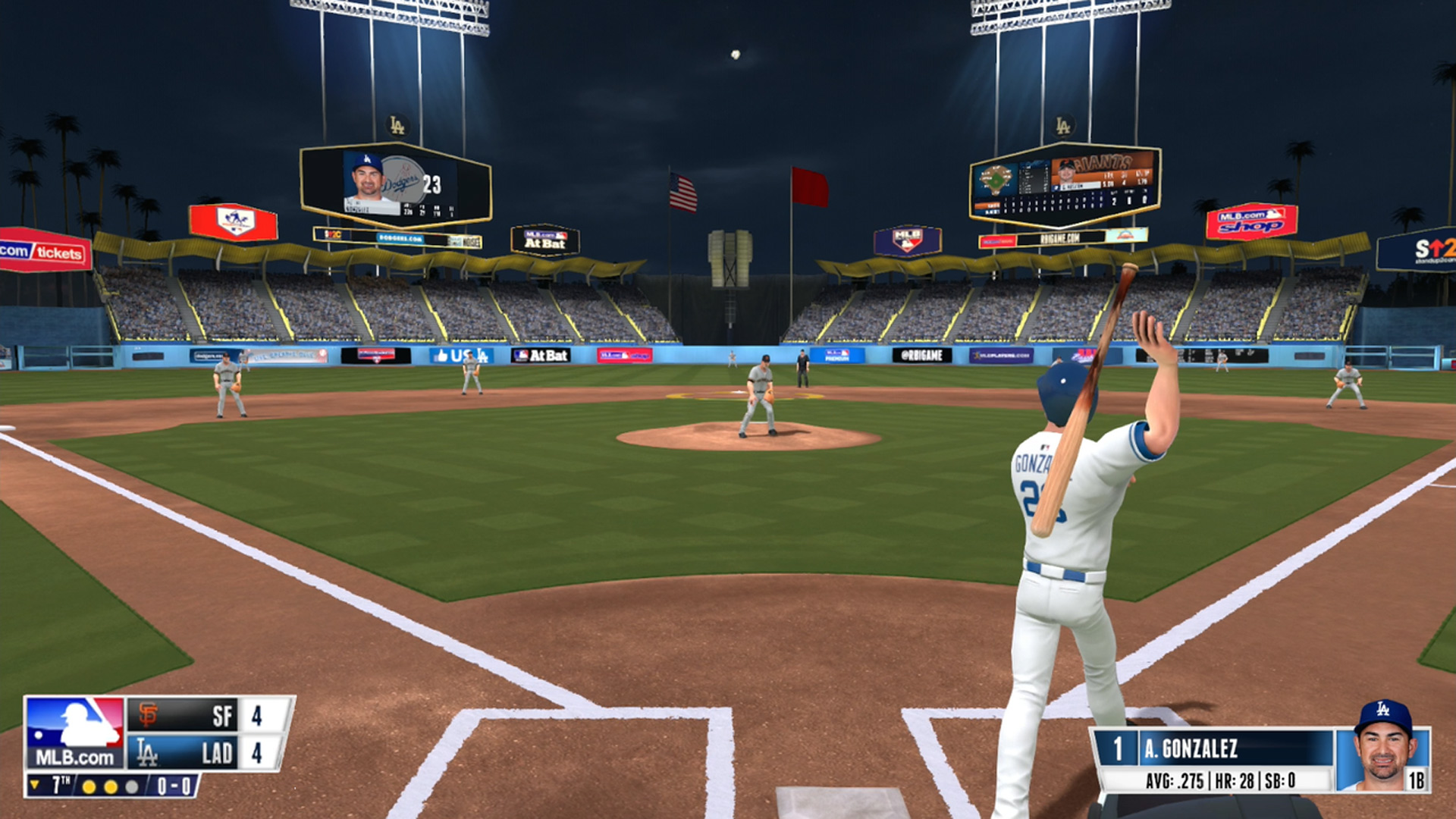 RBI Baseball 16 is another decent update to an extremely alright Baseball title. I'll enjoy playing it every once and awhile for its more arcade fun style, butfor fans of the sport this isn't the ideal capturing of the sport I'm sure you've been waiting for. While I don't expect much each year when it releases as I take the game for what it is, you can't just increase the price by so much without providing enough enhancements to justify it. In conclusion mostly the same problems persist from the last year's game though there are some better aspects present this time around. This includes things like the sim feature for season mode, graphical improvements and a move towards some better AI movement. It's still a very stiff game that captures the arcade feeling of Baseball well, I just wish they would put some more time into cleaning up some easy aspects that make the sports games feel a bit realistic. I truly look forward to the day that batters along pitchers shuffle instead of sliding and a time when the crowd isn't poorly rendered paper people that never stop cheering.