Line of Defense Tactics is a science fiction real time strategy game. It has two game modes, Campaign and Skirmish. Skirmish mode has your team of space marines defending against endless waves of enemy Insurgents. Campaign is the story mode consisting of sixteen missions taking place inside space stations and outer space. The plot unfolds as Insurgents have taken over a ship and plan to take over the GALCOM controlled Arkangel Space Station in the Lyrius region. GALCOM deploys the Razor Team consisting of four space marines to interrupt the Insurgents, and hold them off until GALCOM sends reinforcements.

Line of Defense Tactics has you micromanage the four-man fire team throughout each mission. Lines of command can be drawn from each marine to a point of interest, cover, or enemy with the latter allowing for special attacks upon the enemy. The marines have no self preservation skills other than to return fire. I have been in fire fights where I ordered a marine to go to cover. While he technically did so, he went to the nearest cover, which still left him out in the open. This type of frustrating hand holding needs to be done for all four marines for every action they need to make. The loadouts for each marine can be edited before each mission. The space missions are incredibly ponderous to the point where I was not sure if the ship was even moving at first. Graphically the game would look more at home on a late 1990’s console. The user interface is difficult to use as I found myself trying several times to draw lines of command, only to have other types of menus popping up. During some of these mishaps I had moved the entire squad instead of my marine of choice causing me to lose the element of surprise, and throwing off my entire strategy. These are the times when the marines will stand out in the open, taking fire, until they are ordered into cover one by one. I found the gameplay generally tedious, with nothing standing out as memorable. 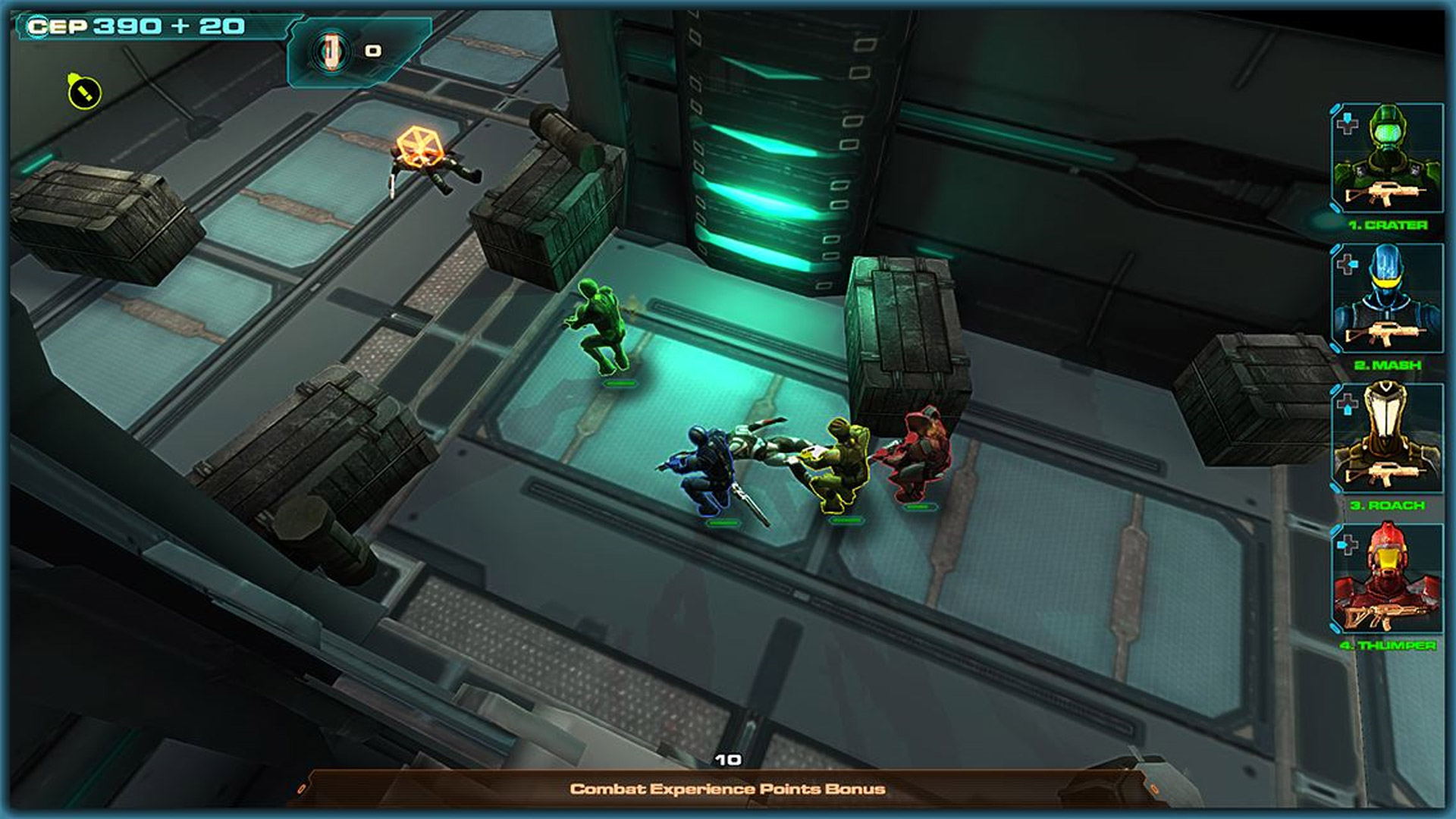 This game is dull. The marines will dumbly stand out in the open no matter what commands are given to them. The pacing is slow, the space missions are like water torture. The user interface is frustratingly difficult to use given how menus will change without reason. The story is run of the mill, with the factions names and motivations being so generic that it is difficult to care about what exactly is going on. While some gamers may enjoy this type of micromanagement game, most may want to take a pass on Line of Defense Tactics.