Minecraft Story Mode had been rather average for the first few episodes with the fourth episode being a perfect take on the series and that continues with this episode. Things were wrapped up last time around with our heroes becoming the New Order with them triumphing over the Storm mass. This episode picks up quite a bit later though no timeline is really given with the team jumping right into their latest adventure. I'm assuming Telltale took some time to write new lines as you can tell right from the start that this series has new direction with this episode being stellar. It was action packed right from the start showing that our squad was much more confident in their abilities and with some interesting teamwork took quick care of a very large mob horde that was attacking them at this old ancient structure. Once inside they discover an interesting secret hidden within the structure which to the glee of Ivor which has turned into a more comedic role this time around which I loved. He's rather excited as this secret is the key to finding a special resource generator and thus the core tale begins. I try to keep everything spoiler free as mentioned so I'm not digging into the details too much but you get to see a massive Minecraft area with some neat concepts being explored. Such as the impact of crafting and the development of a core enemy that's a bit more aggressive than what we've seen in the past. This was interesting as mobs were always the biggest threat in the past and now we're seeing other characters could also be protagonists in this series. While it didn't quite deliver the emotional aspects of the last episode with poor Reuben's fate it certainly provided a fantastic and well developed longer episode. I wish that they would have taken a bit more time developing some of the story lines presented in the episode, but it did build well into the future.

Everything looks and plays in exact detail to what their Minecraft counterparts would be like. It was so great seeing the many Minecraft creatures they were able to stuff into this episode and fans of regular Minecraft will love that. They even went further in this fifth episode to expand the lore of the game by creating some new elements to the Minecraft universe. There was even a great amount of story detail that was starting to be built up and created a sense of lore for Minecraft. The voice acting was well done with every character feeling absolutely unique. The game does look more akin to animated Minecraft videos which I'm sure many of you have seen before which was fine. Compared to past episodes the episode this time around was much more polished with combat that was actually fluid this time with little to no graphical errors in the background. Finally would like to mention that the game has some neat side crafting areas where you can decide what to build in order to complete a task. 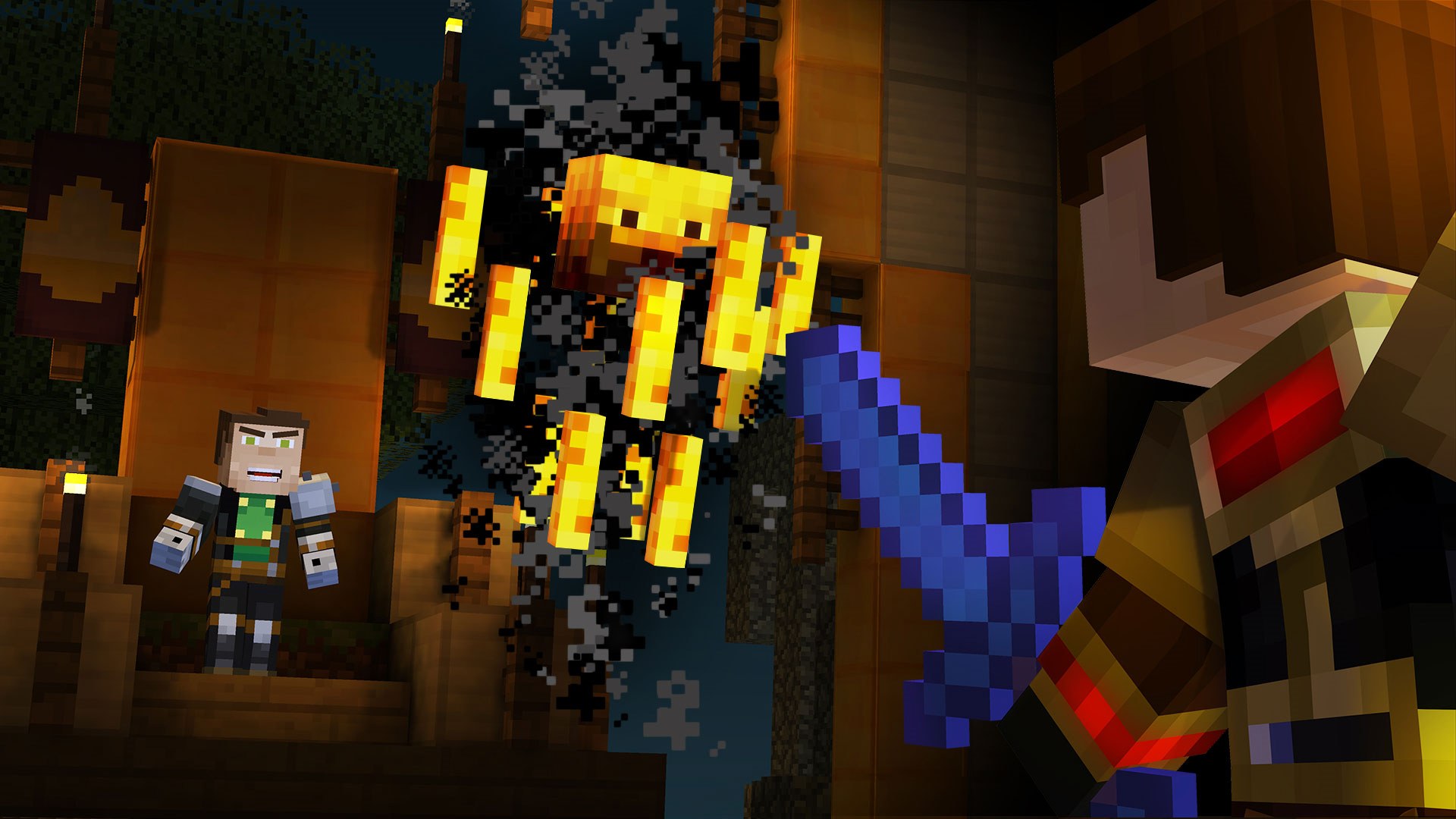 This was a great episode of Minecraft Story Mode building on the perfect fourth episode and actually creating a purpose to continue the series for the additional three new ones that were ordered. It builds on our cast showing them a bit later in time as actual heroes of the land and adding in some great comedic aspects as well. I was quite happy seeing some of the darker tones that were put into this episode along with the great amount of action which kept the pace moving well. It was also a well polished episode compared to the first few episodes and this series is headed into a very exciting continuation with the big tease that they provided at the end. I also want to build on the darker concepts line and say that this is still very much an all ages episodic adventure, it just has better story tones to it now that older audiences might find more intriguing.