"Bullets in the Stars"

Steredenn is an interesting sidescrolling space fighter which pits you against a series of crazy ships with the battle being unique each playthrough. The regular game consists of a couple random waves of enemies coming at your basic spaceship and eventually you'll reach a boss. This repeats and the boss comes out a bit stronger each time, but you also gain some additional abilities during combat. These appear in the form of an energy weapon that drops as a bonus from certain ships that range from crazy huge laser blasts to odd attacks like a big drill. Bosses also drop a selection of bonuses for the next areas with multiple choices to select between moving forward, beating a boss also heals your ship up as well since death is permanent. Usually I don't like game without checkpoints, but it makes sense this type of game as it's constantly different every single time. Aside from the main campaign which is really just a quick cutscene followed by random playthroughs there are some other modes. The first being the run of the day which pairs players with a selected choice of weapons and compares them on a global leaderboard for that run. The next mod is arena where you can just battle from the list of bosses you've unlocked and Superplay which is unlocked once you complete your first complete run through of the core game.

The game carries pixel art which looks fantastic in the title with great levels of details in not only the many ships present on the screen, yet also the beautiful number of backdrops you fly across. I was impressed with the number of enemies that were in the game though the bullet patterns were even crazier. It was somewhat scary going against the array of lights that could destroy you, but they came up with some crazy bullet designs. This was particularly apparent in the bosses as you never knew what crazy amount of fire would come your way and I also wanted to mention that this isn't a bullet hell game with each following a pattern you can follow. The controls felt great with the controller and the various weapons you could pick up were fun to use again the waves of enemy spaceships. 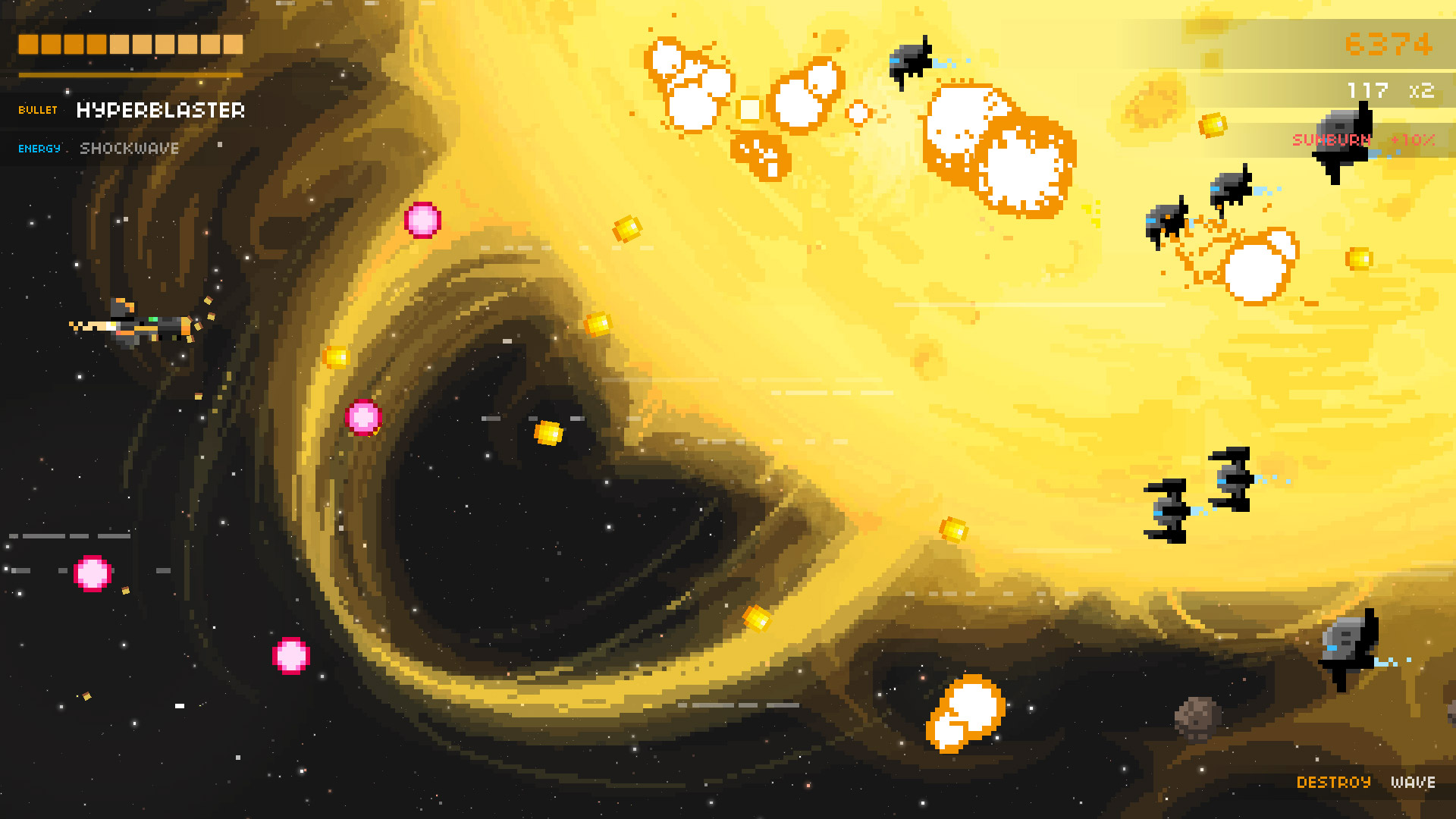 Steredenn is a solid spaceship game Review on Xbox One bringing with it a simple style of play that benefits greatly by making sure that each individual playthrough is a unique experience. It was really interesting learning some decent strategies of how to use certain weapons and then see those be consistently tested with differing enemy waves. It was also nice to see some side modes to the game as well though even the regular campaign run through keeps you into it enough as is. I was also very impressed with the design of the bullet attacks and the bosses will always keep you guessing.