With the expansion of indie titles on current generation consoles we're finally starting to see some smaller studios tackle sporting games which is great as there hasn't been much choice in the past. With that we get a smaller take on soccer or football depending where you're situated in the world which takes the game to a more above direction of play. This is of course an indie take on the sport so don't go in expecting Fifa level from this title, but it does capture the sport quite well. Taking an over the top view you control the players on the field easily like you would in Fifa with a similar control scheme. The game features quickplay, tournament mode and career where you're able to pick from the massive list of teams to compete with. Sadly there's no online play present, but the local multiplayer can go up to eight players which is somewhat awesome if you have that many friends available. There also wasn't really any character editing available and no licensing in the game though basically all teams were present just named by city or region. The game also has a practice mode area if you want to tune up on skills or a full replay section where you can capture key points to watch again in the main menu. It all mostly functions well and just feels like a generally tuned down version of Fifa which was decent enough to play.

The game plays well with full 3D graphics from a sky view of sorts with some fun animations as well for celebrations. I did find some of the animation to be a bit stiff and glitchy, though nothing that impacted gameplay as they were mostly cinematic portions. The passing is well done with shooting also being easy to do and yet filled with a bit of skill. You'll need to build up power when taking a shot and also target the net with the other stick. It can feel quite intense as shots will barely miss the net at times or get beamed right off one of the posts. The environments actually look fairly nice with a variety of well done weather variants even including snow which impact the field, but the crowd could have been a bit better looking. It also definitely needed a proper clock to tell the game time and the ambience of audio could have used commentary or more sound coming generally from the audience. The menus could have also used a better design to them as they seemed awkward to move through and not as fancy as most recent titles though they do get the job done. As far as capturing the sport of soccer I felt the game played well without any match problems and the AI was actually decently smart as well providing a good challenge. 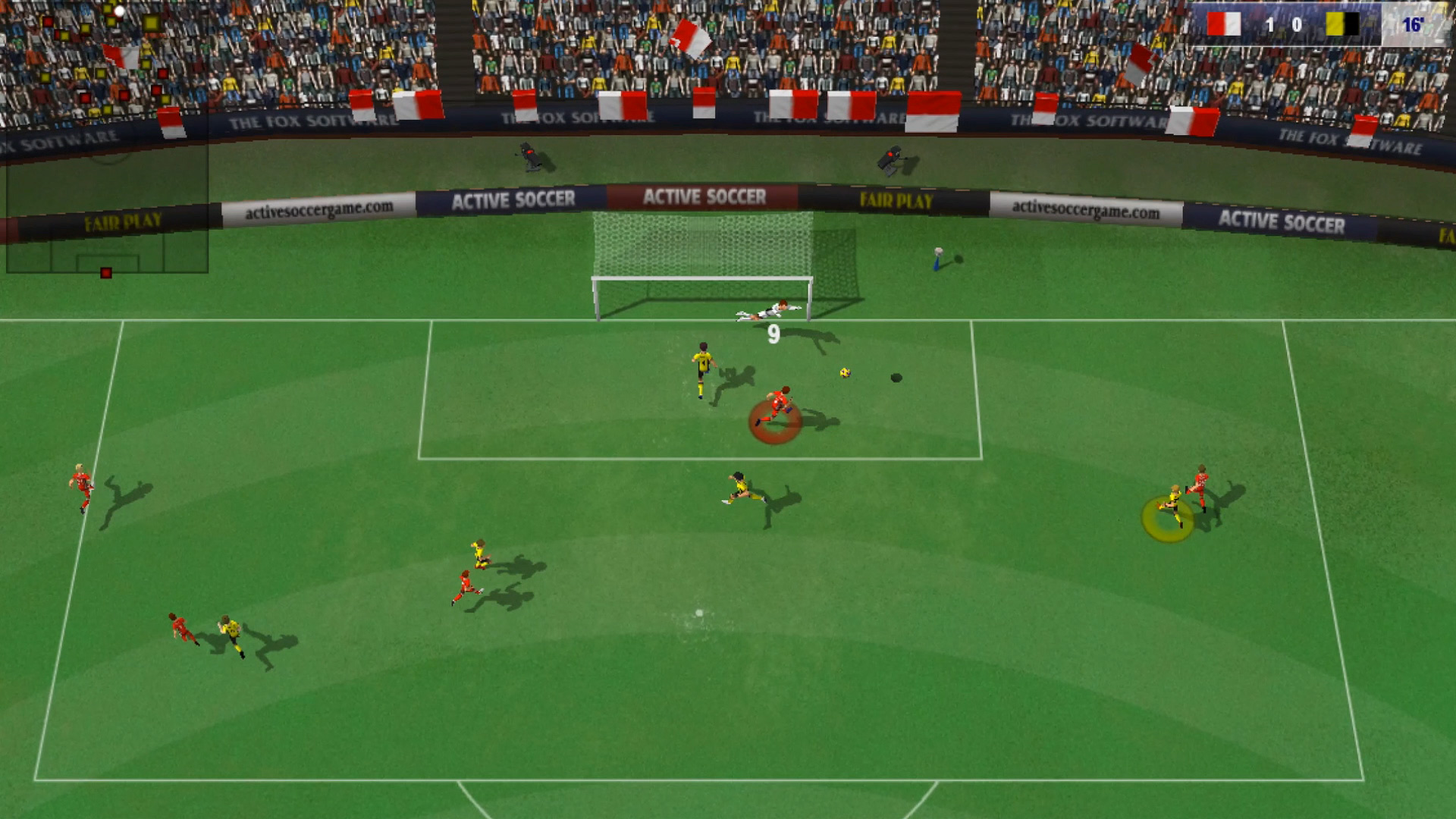 While Active Soccer 2 DX isn't at the Fifa level it still is a solid soccer simulation coming in at a much better price. The game functions well despite not having the fanciest of graphics and some small hiccups. Aside from that there were some issues that could have made the presentation a bit better such as the score board or the menus, but in comparison to the core aspect of the game these are smaller aspects. The actual game works well with a great shooting system and easy passing along with a number of differing modes to play. I definitely enjoyed playing the game as it did capture the sport quite well with some competitive gameplay and once again I wanted to mention the weather variants as that was a nice touch.