Letter games show up every once and awhile in games with Grimm's Journey Remastered being one of the better ones that I've played. The game plays out like a RPG title of sorts having you collect a series of potions and character upgrades. These aspects transition into the regular gameplay which has your Grim Reaper type character cutting down monsters by chaining together words. The words are shown across the bottom of the screen in a jumbled grid of three down and give across. These words can be combined in any way to create the longest and best point oriented words possible. There are some effects that come into play within the area whether that's some letters that are worth more or other variants such as plague letters that decay health if not removed. Once letters are used to create words new ones just shuffle into the mix always adding to the pile and keeping the game going. Once a word is created damage is dealt to the current monster in your way and it's turned based to some degree from there. You continue making words and exchanging damage with the various monsters that you come across in your journeys. Monsters can also have weaknesses with certain letter chains that you can use to your advantage in battle and there are also potions to buy that assist you in combat. These are available in a number of unique stores and can be purchased with the gems earned through battle. This includes things such as additional perma health; special books that grant extras if you hit their criteria, health potions and more decorative additions like letter designs. Those just briefly cover the list as there many items present and it offers a wide variety of options to better your character. The game's campaign has a great number of levels available to play with a star system depending on well you perform on each. Aside from the core aspect there's also an endless mode which challenges you to survive as long as possible with frequent store stops between battles to get upgrades.

The game looks great with some nice cartoon graphics that create a simplistic design. It's easy to move through menus in order to buy items or even to generally just create words in the bottom screen. Things were mostly simple as you just create words though it can be more difficult in some areas as better words are needed with the shuffle of letters being the biggest challenge to your continuation. Generally it was fine to move through and making the words was fun. It was never too difficult to create words from the selection of letters available and everything was shown nicely. There's not a ton to really discuss under gameplay as it was a turn based word maker game with some neat RPG elements mixed in. 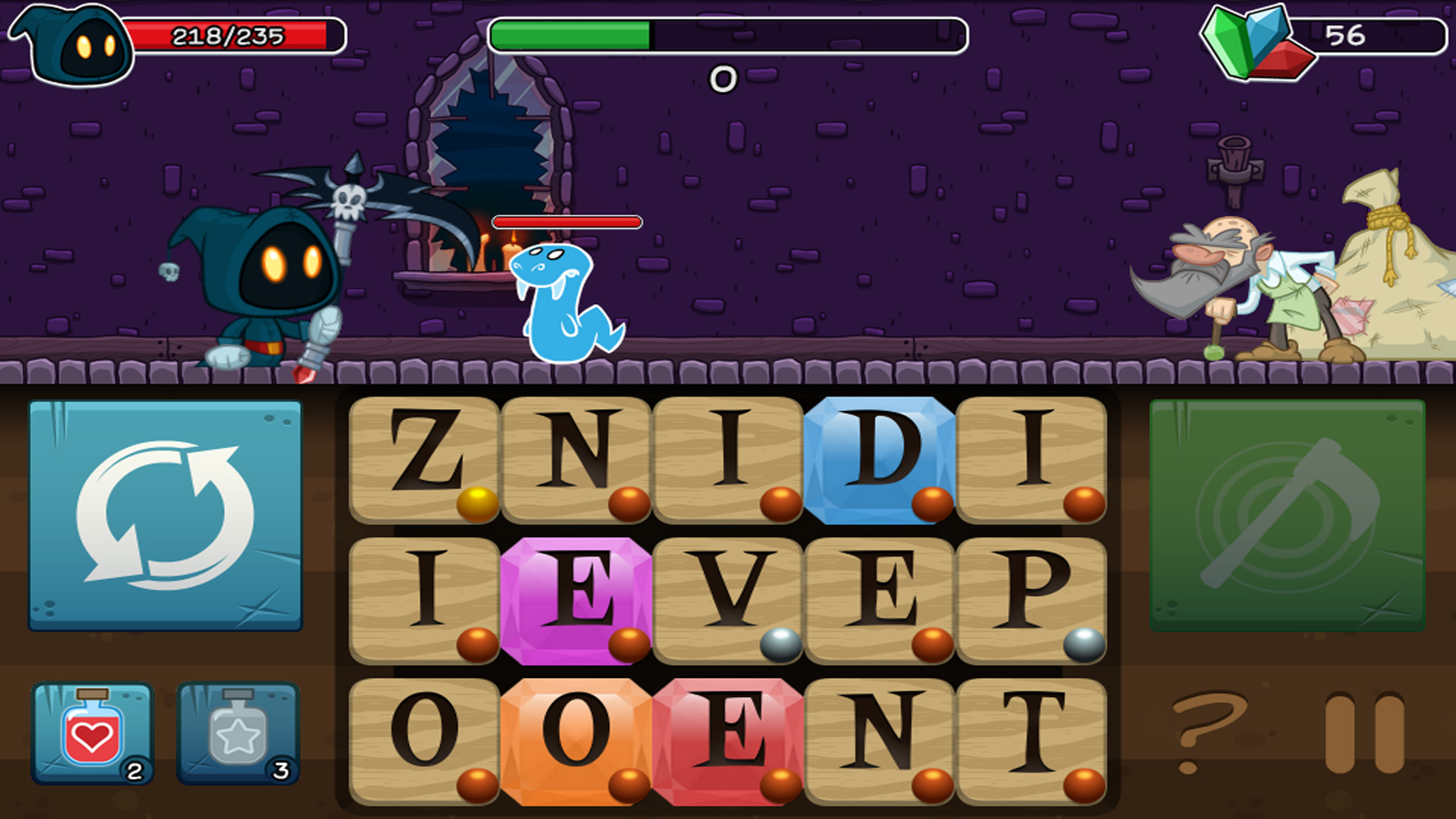 Letter Quest: Grimm's Journey Remastered is a solid title bringing with it a great word creation game of which we actually rarely see on consoles so that was nice. It's a fun game to play with some great brain challenges in coming up with the best words to tackle the enemies in my way. It works well combing the RPG elements of getting better abilities or tools to continue with and that was probably the most addicting element. There's a good length campaign present and with endless mode you can just keep playing if you'd like.