Shred It! is such a beautiful title where it takes the concept of snowboarding and makes the world basically drawings on paper. Instead of cutting through the snow you're moving through sheets of paper with such a charming and brightened world. This is further assisted by the lovely music playing in the background and the variety of environments to shred through. The game has two modes with the first being endless where you just continue playing through an assortment of random environments with a number of zones to go through. Each zone features a wildly different environment with its own theme and difficulty to keep the challenge growing. The second mod in the title is checkpoint where it has a similar style to endless, but you're under pressure to make it to each checkpoint with an aggressive clock ticking down. This mode is particularly difficult and not my favorite, yet it offers a greatly tense challenge to collect leaf you can to keep the clock alive. While playing through endless you can also grab an assortment of other special items such as stickers for your trophy case or the many leaves lying around everywhere. Once you collect enough leaves you're able to use them in order to continue levels if you get knocked out by obstacles or on new decorative items like snowboards and character accessories.

The game has a soft look to it with beautiful drawn looking environments and characters. It's just great to snowboard through the levels with the great music in the background and to see all these paper items go by. There are of course many obstacles present that aren't difficult to move through and require a couple different moves to tackle. It's done in basically the style of an endless runner so you're set to jump over, dodge or dive under things mostly. The levels also occasionally display a present to collect for a sticker or even golden acorns which are worth a good amount of leaves at once. The acorns will be slightly harder to get a hold of since other critters will be chasing after them out there as well. 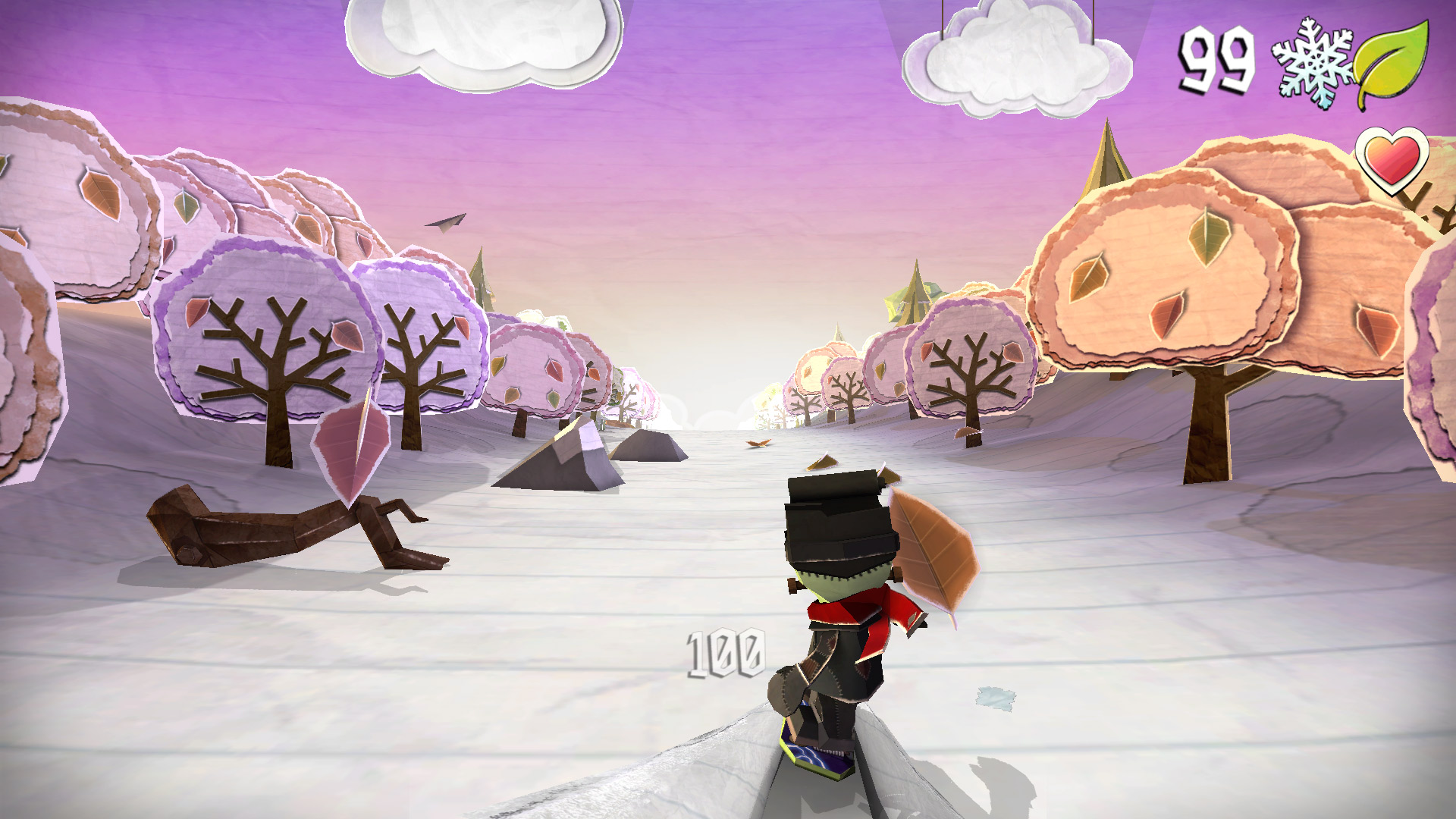 Shred It! is a really well done game that looks great and performs just as well with controls. The game is in the style of an endless runner, but it takes the concept and applies a completely unique style to it that I loved. The environments are great in the game and I just can't get over how nice the drawn items look in the world. They also did a great job on the music as it really does match the game well and add some oddly great layer to it. The two modes offer plenty of gameplay as you attempt to gather leaves in order to buy additional items and there are also challenges available for extra leaves as well to conquer. Shred It! is a great and completely unique game that was a joy to play.

Shred It! Review on Xbox One
Review Code Provided by Em Studios