Spareware is a local four player cooperative title where you play as a core group attempting to survive the many trials of this multi level tour to the core. Your goal is to hit the final center area by moving in a number of ways across this circular and multi-layered grid system. The team will have to balance out their modular storage with upgrading their robot and progression as deaths can be costly. Each playthrough is an attempt to tackle this system and you can repeat it afterwards as well as you're most likely to fail a couple times getting used to how everything works. In the game you move through fairly small levels mowing down hordes of enemy government police groups. It's actually quite graphic and I wish it went into better detail as to why you're killing all these people in such waves, but I just went with it. Each level has a primary evacuation point to get to with either a side objective or having to unlock a position in order reach the evac spot. There will also be many laser type walls that need their fuel spots shot out in order to move forward and this will be while also in combat with the enemy forces so caution is needed. I wish there was a bit more to the levels as they felt very repetitive quickly with just maybe some more objectives or things to do on them aside from hacking spots or destroying pillars. The cooperative play was fun as each mech suit can have a special job for the core team, but sadly this was local multiplayer only as it seemed like it would be very suited for that sort of gameplay. If you do go at it solo it will be quite difficult and overwhelming at times though still an enjoyable experience by yourself if you choose to do it that way, but playing with others is much more fun in this one.

The game looks decent having some nice details of graphics in it with enemy forces exploding into a pool of blood and bones. There was a good amount of variety in the enemies present which did mix up gameplay to some extent with firefights mostly feeling tense. The environments were decent though very similar throughout and could have maybe used some more detail to them or at least scenery put in to mix it up. I also quite liked the amount of detail within your mech as they could have various parts blown up before destruction and a number of fun upgrades in between rounds. This included standard things such as new abilities of health bursts or better damage in dual wielding to name a couple. There were also better armor pieces to unlock and use which did add some personality to the mechs. Weapons were particularly interesting in how they dealt damage with some having a bit of a bounce and others just grinding up oncoming waves. 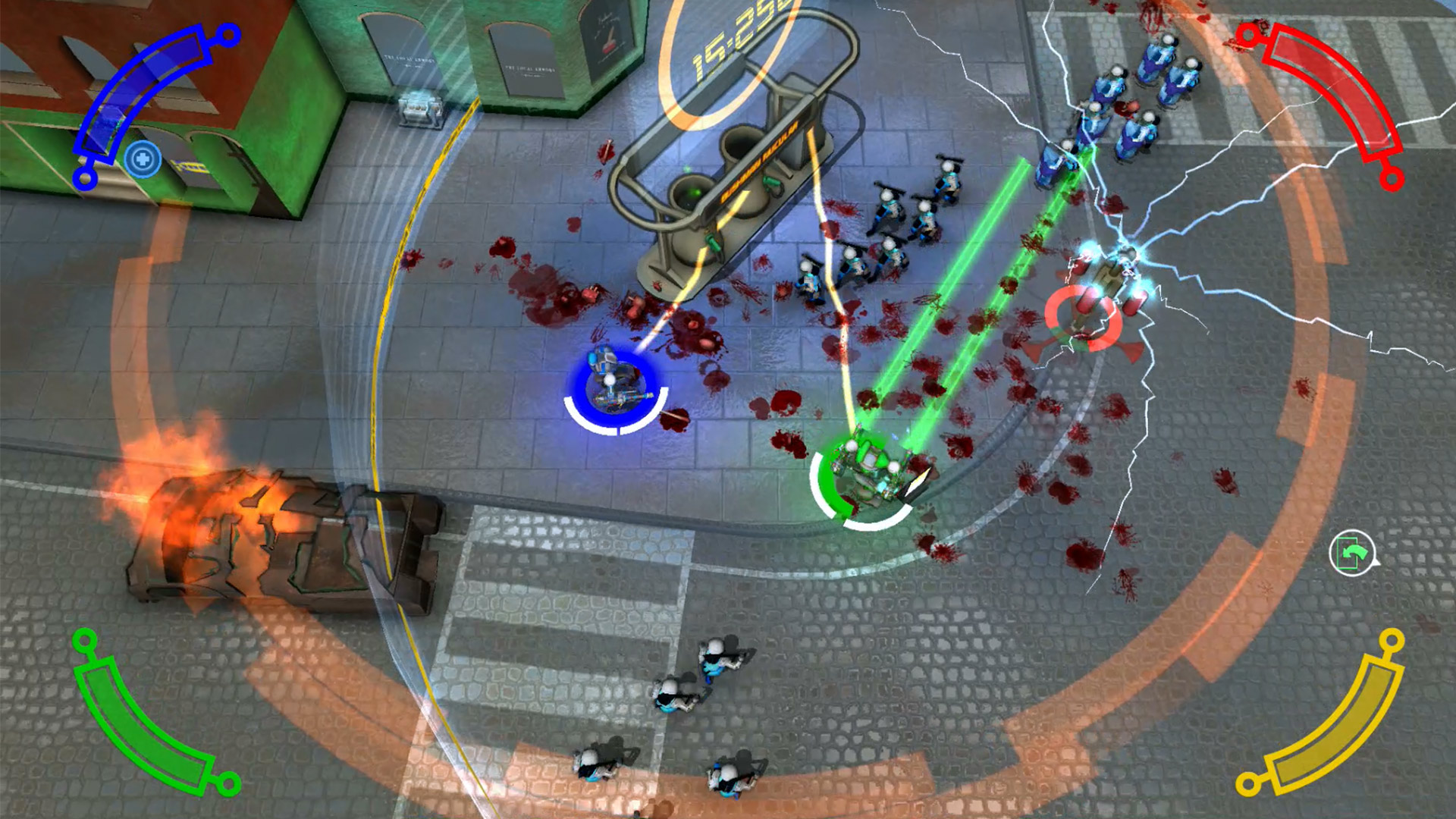 Spareware is a decent game providing a solid cooperative experience though it would have been much better with online multiplayer which is disappointing. The environments are largely repetitive in not only graphic look, but also the general designs and objectives. Still, the game is mostly fun with some great teamwork aspects as you take on the mass waves of the police state in your goal to progress. I even remember one epic run where I was just legs left running to the end and barely made it, it's neat to have destruction elements like that. The focus on customization for the mechs was a good idea and it worked well making each run have a special robotic suit by the end of it.