Catlateral Damage is a title I've often heard of and seen bits of the past so when I heard it was headed to console I definitely wanted to check it out. In the game you play as a cat that's focused on destroying everything in these houses or areas for whatever reason, I guess the cat didn't get enough attention and no surprise there. As the cat you hop through the rooms swiping with your paws in an attempt to push everything to the floor. It's a core objective and never changes throughout the experience. They occasionally throw in a quick side thing to do such as collecting the red dots of a laser pointer or some other small quick thing like that in order to get a power-up. The game is split into two modes with the first being objective mode which is split into a number of levels that are each timed and a second sandbox mode where you just destroy everything in sight on your choice of a level. The objective mode area acts as a bit of campaign I would suppose where you're trying to get enough objectives destroyed within the time provided. This really wasn't at all difficult, but neat to race against a clock while destroying the room. The second is more of a free just destroy to your cat heart's content such as a super market or a spooky place as some levels had themes in this one. You can also put a seed in for a bit randomization and save the level to come back later. That's really all there's to the game which was slightly disappointing as more could have been done with the sold gameplay.

The game has you first person as a cat using your strong vertical and swatting abilities of both hands to hit things. That's all there's to the controls aside from grabbing extra power-ups to jump higher or even float in low gravity. You could also get some boosts which level the cat and these were given occasionally in the levels. You also get your own choice of cat based on which ones you've managed to unlock and there tons of somewhat collectibles to unlock by destroying special items in levels. The world wasn't too detailed as it used somewhat low resolution objects in the world and nothing was too detailed, but you could tell what everything was. 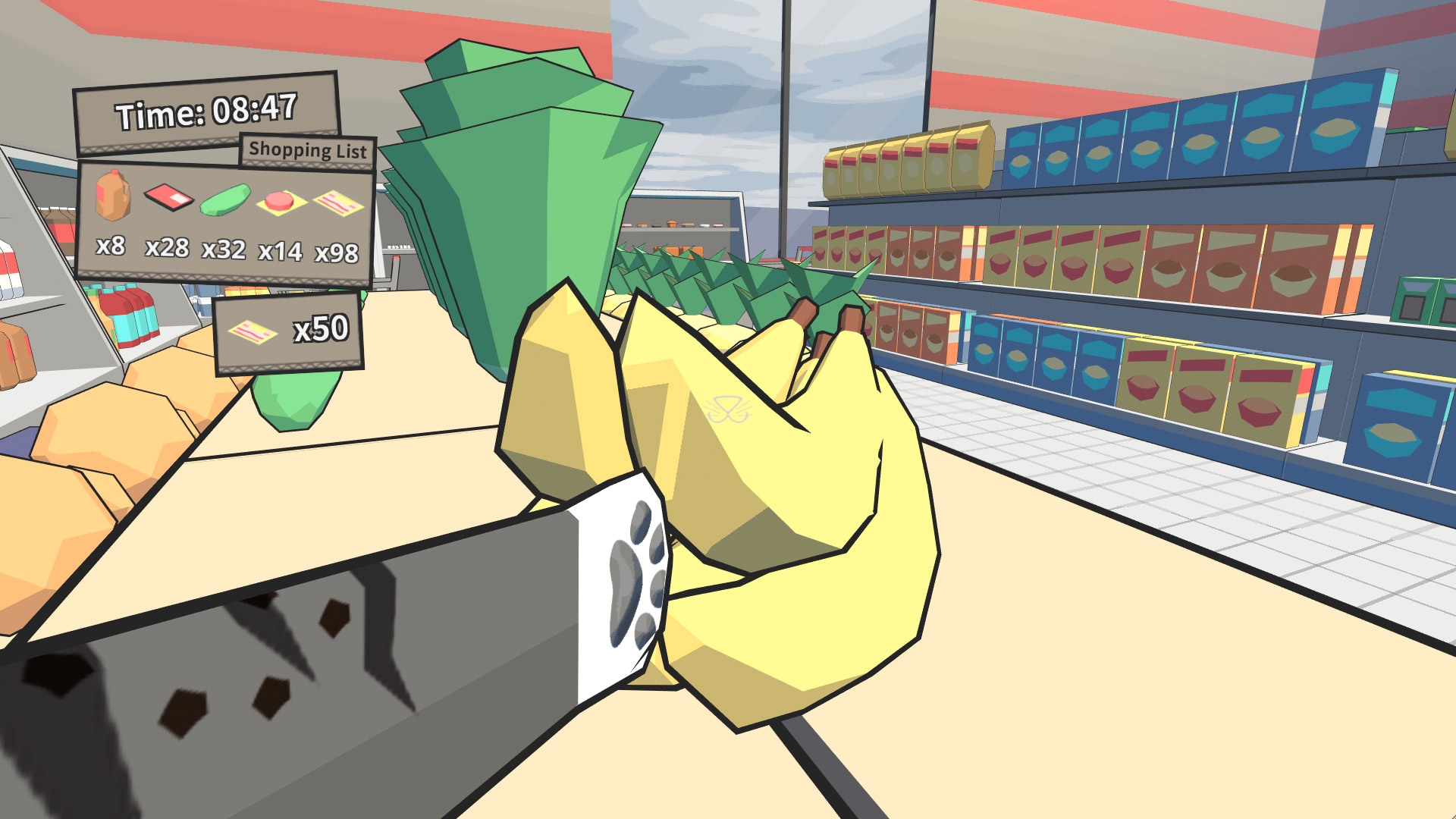 Catlateral Damage can be a lot of fun as I was enjoying playing it though the game does get boring very quickly even with the variety of rooms as the tasks don't change at all. It's just a repetitive game of swatting or knocking and that is only fun for so long. The worlds were also nothing crazy to look at being dull, but they did capture the objects they were aiming for. The game isn't also very complex and there just wasn't much to do in either of the two modes presented. It's a decent title that can be fun to play in short bursts, yet it just wasn't anything too amazing.