The ladies of Senran Kagura are slowly sucked into this alternate dimension in order to fight each other across a series of day for this special battle festival. It features the largest roster ever and the quantity of characters is actually outstanding as there are so many present with a wide range of combative abilities. Most games carry the same kind of fighters while making different ones and each of them contains their own weapon along with a unique personality. I wasn't quite fond of how extreme some of their personalities were as they seemed to go a tad too far with their likes and the amount of sexual notions was the highest I've ever seen in a game. It went as far as overly sexual dialogue constantly, sexy acting when being around each other and this also carried through in the level naming system. Some of the events they took part in were a form of "boob tag" or "eat the panties" to name the first two sporting events. There were of course of level names, but these are the ones for when the groups of fighters decided to make the sports instead of just fighting each other as directed. There's a bit of a story going on here though it seemed like the game was really just a series of events to get this huge roster battling it out across a string of brief levels. I found the sexual tones to be over the top most of the time and distracting from what was actually going on, I did however also get a couple laughs as there were some funny portions of the story. There's also some multiplayer action if you'd like to take the fight online against others which can be frantic and some other side non-campaign modes. This includes an individual story area for various characters and an separate event area of sorts with both of these unlocked through campaign progress along with other special bonuses.

The game actually looks decent in terms of the environment with the characters being particularly great looking. Each fighter has their own separate weapon, outfit and abilities. Characters also have what's called a Shinobi transformation where they get naked and change clothes to gain extra powers, they pull this scroll from a number of creative places to transform. It's somewhat odd, yet makes sense I suppose as heroes would need to change as clothes and they never show that in games. The combat in the game was smooth as well looking great while groups of enemies flow around which was wonderful. I did however have a problem with just mulching down the same enemies over and over as it got repetitive after awhile. The best indicator for damage is that clothes will get ripped so characters get more naked after battle, there's also a damage bar that can be added if selected in menus as well. As far as unlocks there are a variety of videos; music, pictures and clothing to gain while playing which is great for customization. You can do all sorts of edits to the characters as well if you'd like with the items you unlock. 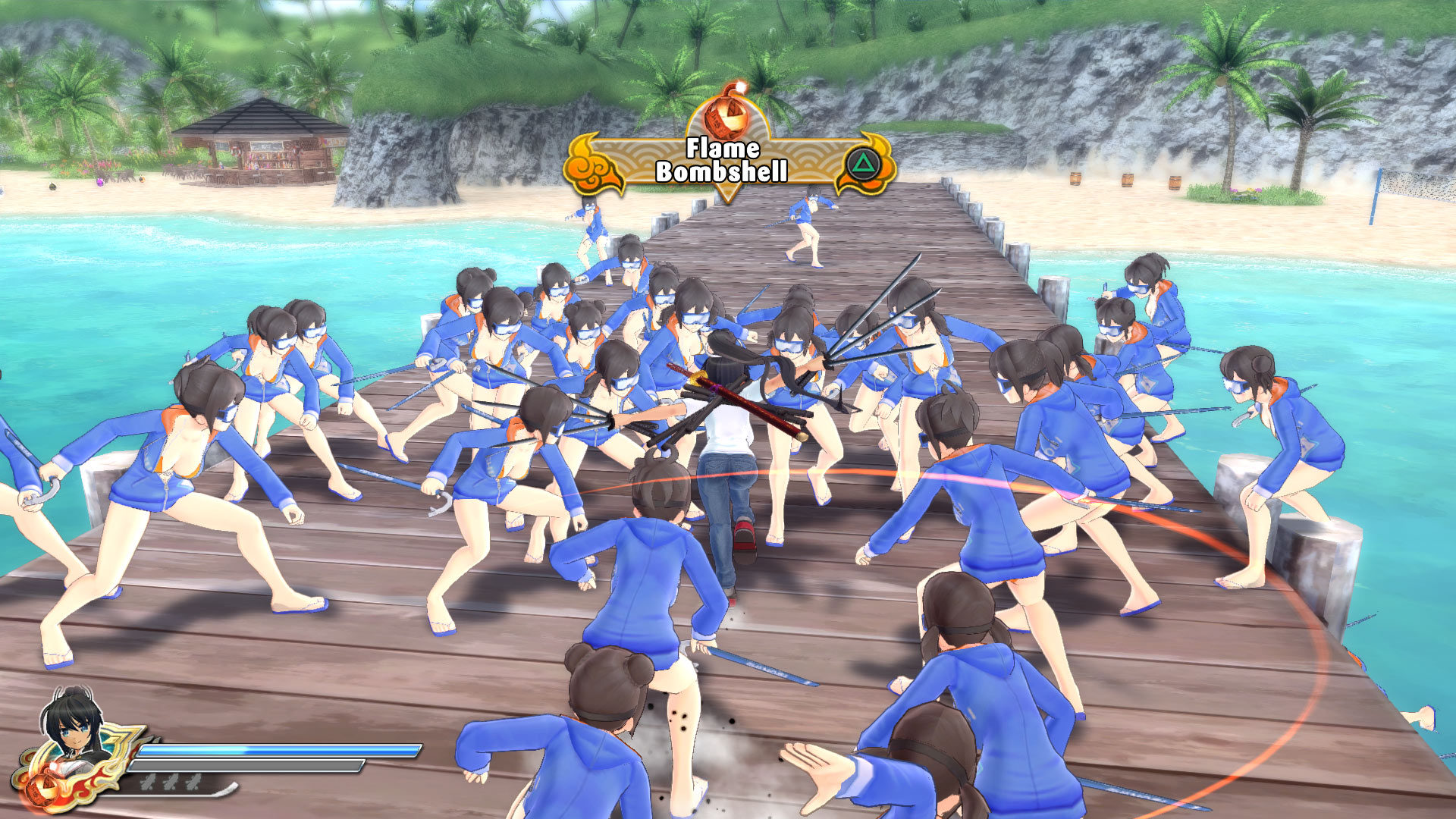 The Estival Versus is a decent title, especially for those that have enjoyed past entries in the series though for those coming in they might find it rather odd as I have. It features a massive roster of fighters to use that each have their own separate abilities and styles with some extreme personalities that along with that. There was a ton of sexual content in the game or at least heavily suggested to, but it never shows an nudity though it's still got tons of theme throughout. The combat was great, yet quickly repetitive slaying the enemies constantly and the levels could have used more variety. It seemed like much of content was just based on the one beach level when it should have instead branched out more. For fans there's plenty here and content wise there are many levels with a general story line to follow, but more interative levels would have made for a better experience.